A NEW video of the January 6 Capitol riots has surfaced, showing a man who appears to be Ray Epps leading the crowd beyond the gates.

Charges have not been brought against Epps for the Capitol riots. 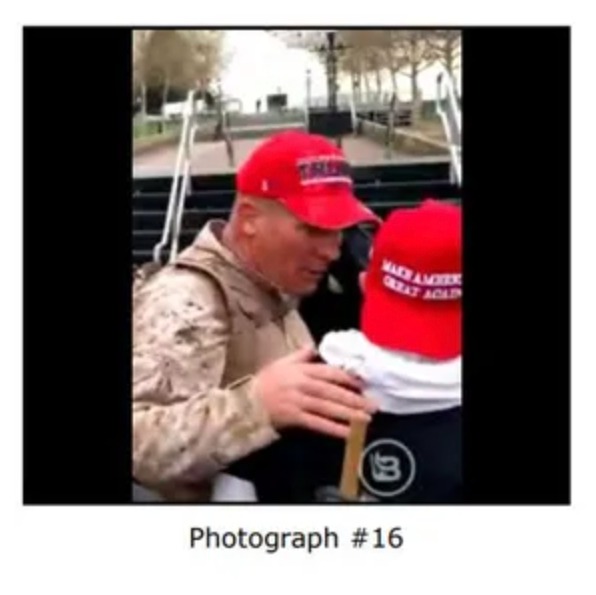 Epps is a resident of Queen Creek, Arizona, and is the owner of the Knotty Barn wedding venue. The information on the website says Epps grew up on a cattle farm, spending most of his career as a contractor.

His work led him to Las Vegas where he met his future wife, Robyn, who hired Epps to fix the leaker roof at apartments owned by her employer.

The couple moved back to Queen Creek in 2010 and bought a 5-acre farm, and named it Rocking R Farms.

When their farm started to deteriorate from competitors selling grass-fed beef, Epps and his wife decided to turn their farm into a wedding venue, the wedding site says.

Epps is also listed alongside Robyn as an officer for Patriot Holdings, LLC which is listed as an alternative commercial real estate company.

However, according to Open Corporates, The Open Database of The Corporate World, Epps and his wife Robyn were removed from their roles as officers on May 8, 2021.

The site does not give a reason for their removal.

Did he storm the Capitol Building?

U.S. Rep. Thomas Massie of Kentucky questioned Garland about a video shown from the riots that appears to show Epps advocating for people to go into the Capitol.

The video was shown several times throughout Garland’s questioning, but he refused to respond.

“I'm not going to comment on an investigation that's ongoing," he said. 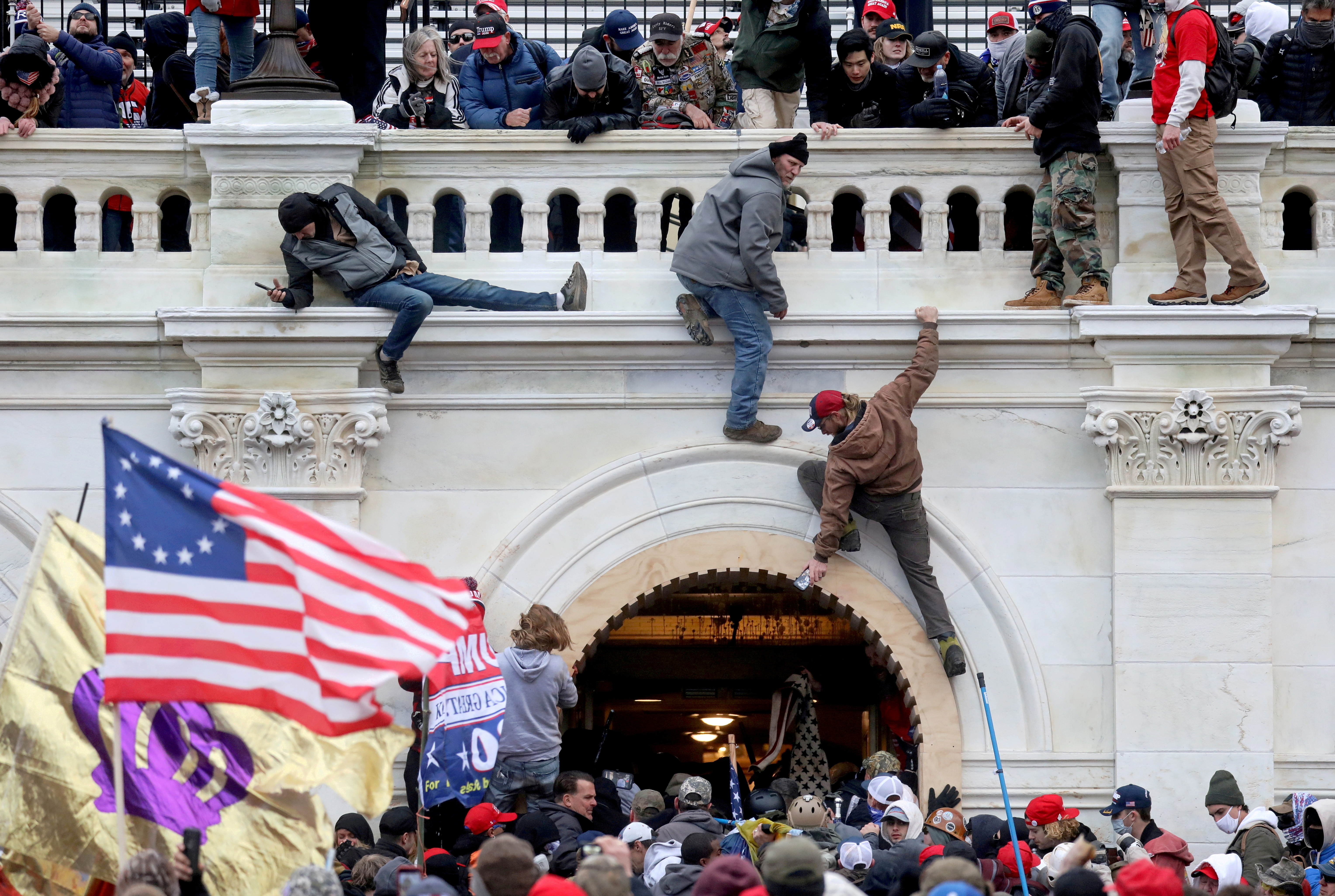 Massie posted a video of Garland testifying on Twitter and said, “I questioned Attorney General Garland about whether there were Federal Agents present on 1/6 and whether they agitated to go into the Capitol. Attorney-General Garland refused to answer.”

In the video that surfaced from the day before the Capitol riots, Epps is apparently heard saying, “We need to go into the Capitol.”

A spokesperson for Ray Epps did not respond to a request for comment in time for this article.

AZCentral reported Epps said he needed to see the video, but when sent a transcript of his comments, he said, “The only thing that meant is we would go in the doors like everyone else. It was totally, totally wrong the way they went in.”

There is no evidence in the video that Epps ever entered the Capitol building.

What did president Biden say about the January 6 riots?

Biden slammed the mob who stormed the Capitol in a speech with Vice President Kamala Harris at the National Statuary Hall in Washington DC on Jan 6, 2022.

"Democracy was attacked," Biden said at the Capitol.

"To state the obvious, one year ago today in this sacred place, democracy was attacked," the president began his speech.

He addressed the "singular responsibility" Trump had in stoking the violence that broke out at the Capitol building one year ago during his claims that the election had been stolen.

"We are a great nation. We must be absolutely clear about what is true and what is a lie. And here is the truth: The former President of the United States of America has created and spread a web of lies about the 2020 election."

"His bruised ego matters more to him than our … Constitution. He refused to accept the results of the election."

"We saw with our own eyes rioters menace these halls, threaten the life of the Speaker of the House. What did we not see? We didn't see a former President … watching it all on television and doing nothing for hours," Biden continued.

"This was an armed insurrection. They were looking to deny the will of the people. This is about making sure the past isn't buried." 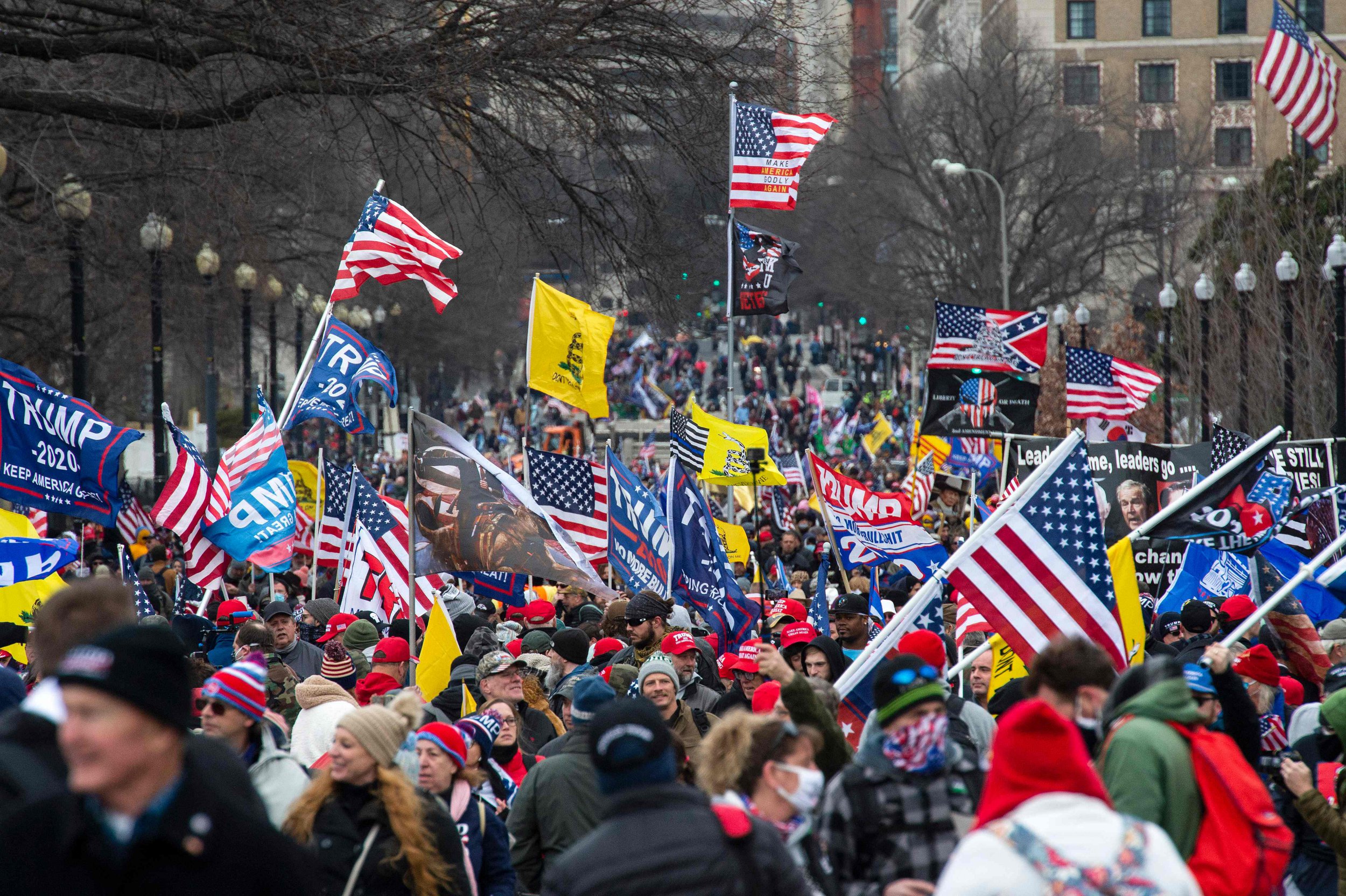 On January 6, 2021, a group of rioters stormed the Capitol building in Washington, DC to protest the 2020 presidential election results. Here’s a timeline of events of what occurred that day:

6:00am: A group of supporters for former President Donald Trump show up in Washington, DC to attend a rally for him. Trump had tweeted about the rally a month prior.

11:00am: Trump's rally, "Save American Rally," kicks off. Eric Trump and Donald Trump Jr both speak.

1:00pm: Lawmakers gather at the Capitol to count Electoral College votes while protesters gather outside.

1:10pm: Rioters are on the steps of the Capitol building.

1:26pm: The Capitol police evacuate the Library of Congress, Madison Building and Cannon House Office Building. These buildings are across the street from the Capitol.

2:11pm: Rioters breach the perimeter of the Capitol building and scale the walls.

2:20pm: The Senate and House are called into recess and the building goes into lockdown.

2:38pm: Trump tweets, "Please support our Capitol Police and Law Enforcement. They are truly on the side of our Country. Stay peaceful!"

3:13pm: Trump tweets again about the situation. "I am asking for everyone at the U.S. Capitol to remain peaceful. No violence! Remember WE are the Party of Law & Order – respect the Law and our great men and women in Blue. Thank you!"

3:34pm: Rioter Ashli Babbitt is shot by a Capitol police officer as she attempts to climb through the Lobby's doors. She later died from her injuries. Meanwhile, the National Guard is ordered to the Capitol by Trump.

4:00pm: President-elect Joe Biden addresses the nation and calls on Trump to "go on national television now to fulfill his oath and defend the Constitution and demand an end to this siege."

4:17pm: Trump tweets out a video message to his supporters. "I know your pain, I know you're hurt," he said. He said the election "was stolen from us" but asked the rioters to "go home now."

11:00pm: The House and Senate resume their joint session.

January 7, 3:42am: Joe Biden is officially declared as the next president of the United States.

Aftermath: As of January 2022, more than 700 people have been charged with alleged crimes from the riot, according to CBS News.