London: The World Health Organisation says rich countries should not charge their citizens for hotel quarantine.

Dr Mike Ryan, the head of the WHO’s public health emergencies program, said the principle underpinning International Health Regulations, adopted by member states, was that travellers should not financially suffer as a result of restrictions used to protect the health of the population.

“Because that then is unfairly burdening an individual with the costs of a public health action,” he said. 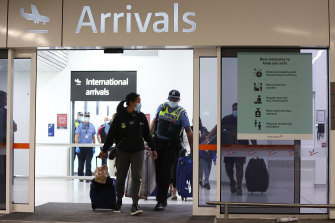 Border closures have prevented most Australians leaving their own country and left thousands stranded overseas.Credit:Getty Images

Australia introduced a minimum $3000 cost for a person in hotel quarantine from July last year. An additional $1000 is charged for an extra person per room and $500 extra per child, meaning a family of four would pay $5000 for a two-week stay in hotel quarantine.

When the national cabinet banned returning Australians from carrying out their quarantine at home last year, hotel quarantine was initially free, before the cost was subsequently passed on to travellers.

A WHO emergency committee has issued temporary recommendations to member states that governments “reduce the financial burden on international travellers for the measures applied to them for the protection of public health,” and singled out quarantine arrangements. 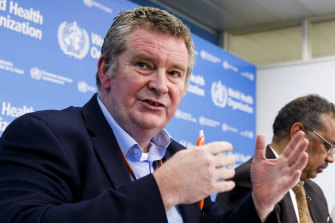 “What the committee were saying to governments was that they … should be covering the cost of that,” he told a virtual news conference in Geneva on Friday.

However, Dr Ryan said this was difficult for countries that could not afford to pay quarantine costs, and added that the principle was “less clear” for non-citizens.

“The government should bear the cost of that – the government is enforcing the quarantine and it’s regressive,” he said.

“It’s not a problem for rich people but for lower-income people, they can’t afford to come home,” he said, adding that he “welcomed the WHO’s views”. 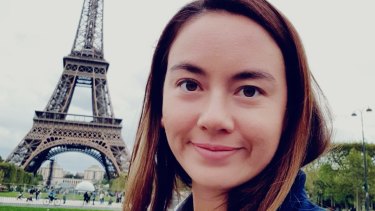 The 30-year-old says, contrary to popular opinion, many expats like herself were not spoilt or rich.

“There is a misconception that all expats are wealthy or overseas for self-indulgent purposes, but it’s really not true,” she said.

“My salary in France is nowhere near what it would be if I were working in Australia, and the cost of living in Paris is very high.

“I can understand the government wanting to keep Australia safe but it has a duty to all its citizens.”

Australia is not the only country to charge for quarantine; recently Britain introduced hotel quarantine for citizens returning from countries that are red-listed but allows home quarantine for most passengers.

New Zealand which, like Australia, has eliminated the virus through tough border controls and lockdowns allows its citizens to leave the country and does not charge New Zealanders for their quarantine upon return if they are coming home for more than three months.