Vladimir Solovyov launched into a long aggressive rant at members of his TV production team. The Russian state media host was trying to interview American economist Jeffrey Sachs when the connection failed. Solovyov savaged staff members and claimed they had no discipline and did not value their jobs. The Putin puppet claimed that the production team did not care that millions of Russians were ready for the interview and watching his programme.

“What are you capable of doing? If you had loads of time and you were still unable to set things up and do the basic thing which we do in our studio, every time?

“Who is the incapable person in charge of the buttons today? Has someone new joined today, or what?

“There’s no responsibility here! No discipline, it means that you don’t value your jobs. 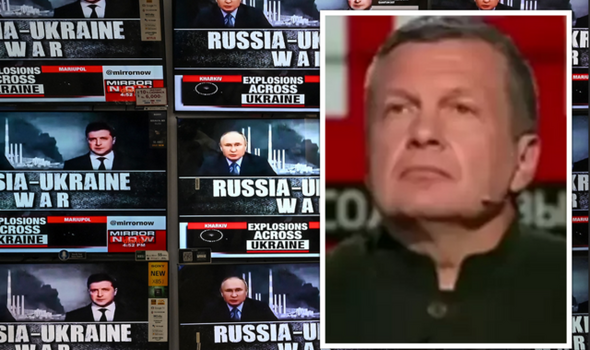 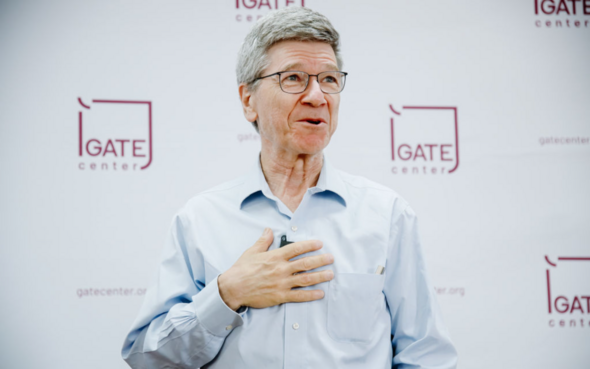 Solovyov added: “It means that you have zero responsibility, zero!

“You don’t care that millions of people are listening and watching now, and they want to hear Jeffrey Sachs.

“And not the slacker in our control room, who was incapable of setting up the line.

“And carry out mechanical actions which happen in this studio every Thursday. A whole minute has passed already.”

Ukraine: Energy may cause ‘fragmentation’ of unity says Melvin

Solovyov has been pumping out propaganda, closely aligned with Russian dictator Putin.

Due to his seat in the Russian parliament, he has been pushing the Kremlin line since the beginning of the onslaught in Ukraine.

And this is not the first time that he has lost his temper live on air, but many were shocked to see him go after members of the television production team.

Many Russian state TV channels closed in the West, due to sanctions imposed on the country for illegally invading Ukraine.

Russia Today is one that saw multiple of its offices in the West shut down for misinformation and staff members laid off in mass. 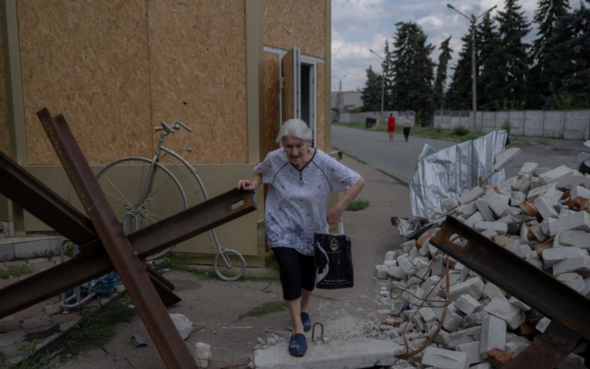 Russian news presenter and correspondent Zhanna Agalakova warned Russian citizens to stop watching news channels like the ones Solovyov presents at the start of the war.

Ms Agalakova said: “Switch off the TV. Switch it off because it is a brainwashing machine.