Sheep farmer Ian Kyle is frank about his decision to skip the Melbourne Royal Show for the first time in about 40 years.

“The whole Show has changed to be more about showbags, rides and entertainment,” said Kyle, from Bairnsdale in eastern Victoria. “I’m not sure they even want the sheep there, to be honest.” 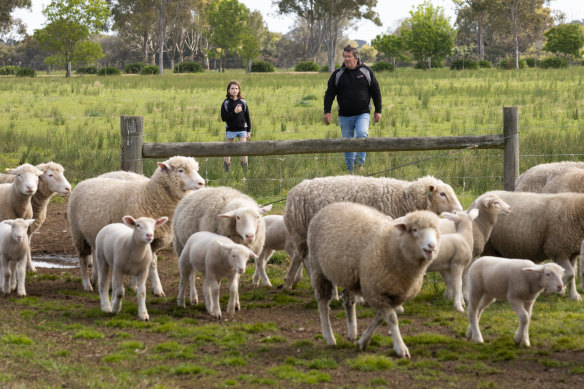 Kyle, who sells about 300 rams a year, is one of many stud owners who have made the call to abandon the 174-year-old Show, claiming it has lost its agricultural significance.

Despite record crowds this year, there are only 260 sheep competing, compared with 700 in 2018. The number of beef cattle has fallen to 430 from 600 over the same period.

In its heyday, the Show was among Australia’s most prestigious agricultural events – traditionally a farmer’s “shop window” – and a win led to bumper livestock sales.

Some farmers now say rising costs, restricted space and impractical dates are squeezing them out, while regional shows are where they can find the real country soul – and serious buyers.

She said 2022’s lower livestock numbers were partly due to limited space, the timing of the foot and mouth scare earlier this year and labour shortages affecting farms.

For Kyle, the value just isn’t there anymore. He said he’d be up for close to $3000 in entry fees, accommodation and other expenses if he’d gone this year.

He compared it with the Bendigo Elite White Suffolk show in late August, where entry was cheaper, there were no parking charges or membership fees, and organisers hosted dinners for the farmers. Melbourne’s end of September dates are also too late for many sheep sales. 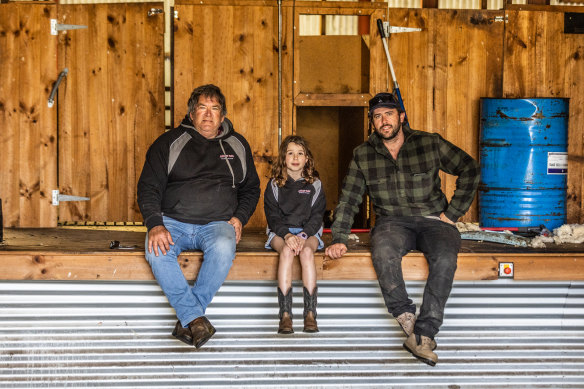 Ian Kyle’s sheep stud has now been in the family for four generations. He is pictured here with son Reagan Kyle and granddaughter Raiven.Credit:Jason South

Victorian Farmers Federation president Emma Germano stressed she had no criticism of the Melbourne Royal Show, which she commended for educating city-dwellers and giving a home to small food and wine producers, but said that regional shows now fulfilled a more agricultural purpose.

She said the Show was changing out of necessity and fewer commercial breeders were exhibiting because, for many farmers, livestock buying and selling had moved online.

“Do you find the biggest Angus bull breeders at the Melbourne Show? No you don’t,” Germano said.

Sheep farmer Doug Deppeler, from Derrinallum in Victoria’s west, has many cherished memories from his 50 years exhibiting at the Show and was this year granted an honorary lifetime membership.

But after a smaller sheep turnout than ever, he isn’t sure he’ll return. Despite winning a few awards this year, he said the lack of competition didn’t benefit his business.

“You have to sell one prized ram to cover your expenses but it’s been a while since we’ve had inquiries in Melbourne,” Deppeler said.

“[Regional shows] are aimed 100 per cent at country people and don’t have the same carnival atmosphere … so prospective buyers attend.”

In 2006, the Melbourne Showgrounds was redeveloped and the site shrank, leading to less room for livestock and each species only being allocated a couple of days to exhibit. Deppeler believes that has detracted from the “spectacle”. 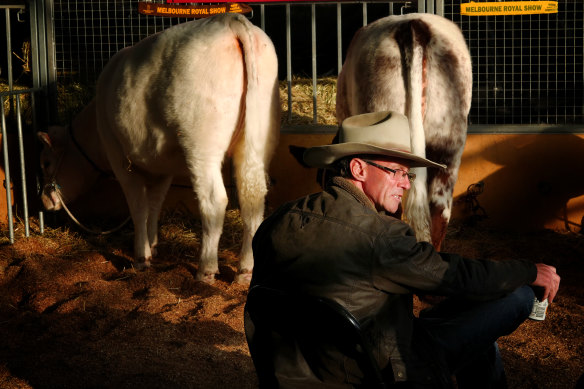 The space for livestock has been reduced since the 2006 Showgrounds redevelopment.Credit:Luis Enrique Ascui

Neal said fewer animals did not affect the level of contest for farmers because the focus was on quality not quantity, nor did it make a difference to the public.

“We don’t necessarily think getting bigger numbers is going to make a better experience,” Neal said.

Cattle farmer Kierin Martin, from Forbes in NSW, is newer to the sector and said coming to the Melbourne Royal Show cost about $12,000 overall, but it was important for raising awareness of his business, which he started in 2008.

“It’s an investment in your future,” Martin said. 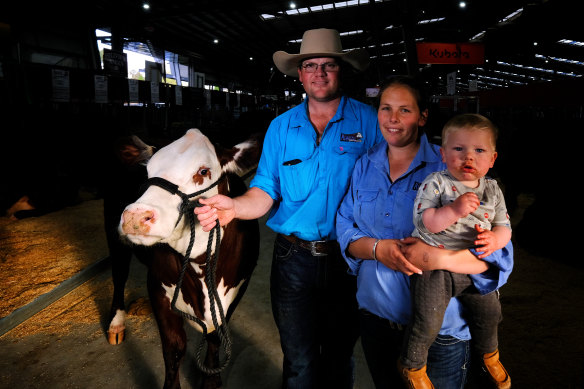 Martin also found visitors were keen to learn about food production. “There are plenty of people asking questions. Part of our issue today is a big lack of education between city and country folk.”

Horsham Agricultural Society secretary Andrea Cross said attendance at its show doubled to 6000 this year, even though the Melbourne Royal Show was on the same weekend.

Cross said both shows were important to increasing awareness of agricultural practices and food production as Australia became more urbanised.

But Cross said she was disappointed Melbourne’s organisers had not consulted her group about the clashing dates, as it created problems for exhibitors who wanted to attend both events. 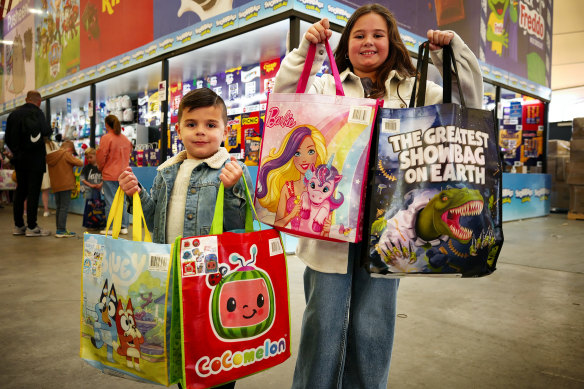 Neal said clashes with regional shows were unavoidable and that Melbourne Royal’s dates had to work for city audiences. This year’s event has had several sell-out days with 50,000 visitors.

The Royal Agricultural Society of Victoria was rebranded to Melbourne Royal this year and the Show’s program was refreshed to focus more on food and entertainment, including a line-up of after-dark live music performances.

Those connected with the Show have said change is important to draw new city crowds.

Neal said that even if Melbourne visitors were drawn to the Show for the rides, they were still streaming through the animal areas and her hope was that the Show’s youth education programs would foster the next generation of agriculture workers.

“We get a lot of people, a lot of questions and it’s from dawn to dusk.”