A woman in her 40s has died and two children aged between 10 and 12 were rushed to hospital after the car they were travelling in crashed into a city centre river.

The two children were able to escape from the back seat of car as it sank into the River Lee in County Cork.

A woman in her 40s has died after a car entered the River Lee in Cork city last night.

Two children were rescued from the water and were taken to Cork University Hospital to receive treatment for non-life threatening injuries.

The incident took place at Kennedy Quay at around 8.45pm on Friday.

The body of the woman was later removed from the water by the Irish Naval Services’ dive team, and taken to Cork University Hospital.

The results of the post-mortem examination will determine the course of the Garda investigation into the incident. 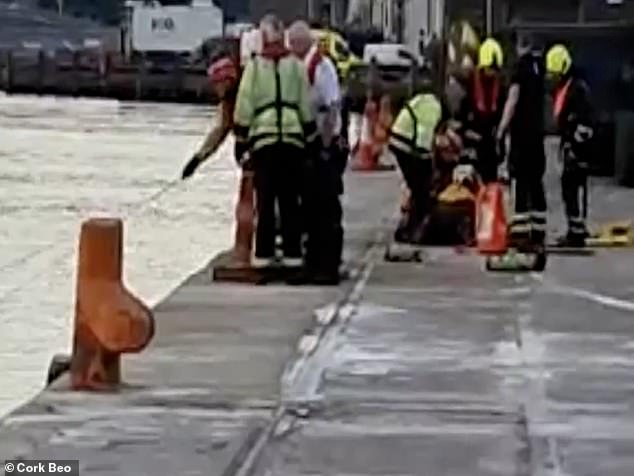 The car crashed into the River Lee in Cork City pictured.  where a woman died and two children escaped 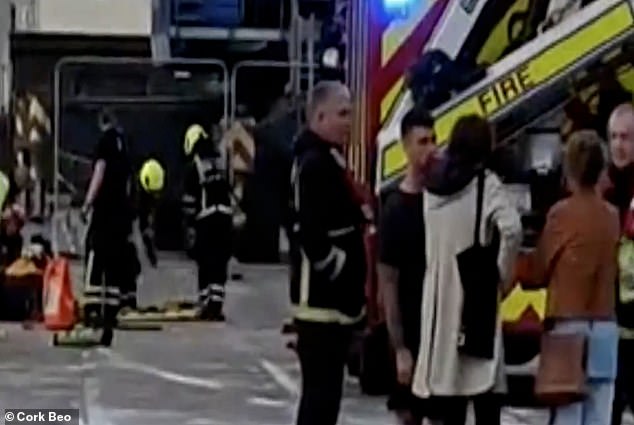 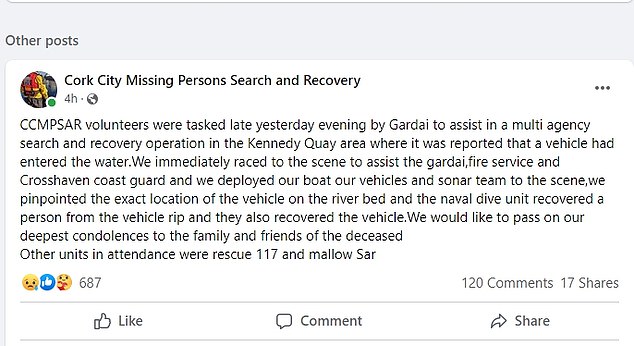 Cork City Missing Persons Search and Recovery were involved with several other agencies in trying to rescue the woman. They have expressed their condolences with the woman’s family

Gardaí are continuing to investigate the circumstances leading up to the death of a woman who died when her car entered the River Lee.

The woman, who was from Douglas, Co Cork, died after her car entered the river at Kennedy Quay in Cork city.

Specialist officers are investigating the lead up to the incident. At present, the woman’s death is being a treated as a tragic accident.

The woman, who was from Douglas, Co Cork, died after her car entered the river at Kennedy Quay in Cork city.

Cork City Missing Persons Search and Recovery said they would like to offer their sincerest condolencies .

In a Facebook post earlier today, CMPSAR said: ‘Volunteers were tasked late yesterday evening by Gardaí to assist in a multi-agency search and recovery operation in the Kennedy Quay area where it was reported that a vehicle had entered the water.

‘We immediately raced to the scene to assist the gardaí, fire service and Crosshaven coast guard and we deployed our boat, our vehicles and sonar team to the scene.

‘We pinpointed the exact location of the vehicle on the riverbed and the naval dive unit recovered a person from the vehicle and they also recovered the vehicle.

‘We would like to pass on our deepest condolences to the family and friends of the deceased.’