The world’s third largest diamond – a 1,098-carat, three-inch gem – has been found in Botswana by local firm Debswana.

The stone, found on June 1, was presented to President Mokgweetsi Masisi in the capital Gaborone on Wednesday by Debswana Diamond Company’s acting managing director Lynette Armstrong.

The gem, found in Jwaneng, the world’s richest mine, will be valued in the next few weeks.

‘It is believed to be the third largest gem-quality find in the world,’ Armstrong said.

The ‘rare and extraordinary stone… means so much in the context of diamonds and Botswana,’ she said. ‘It brings hope to the nation that is struggling.’

It is the third largest in the world. The biggest diamond ever discovered in the world was the 3,106-carat Cullinan, found in South Africa in 1905. 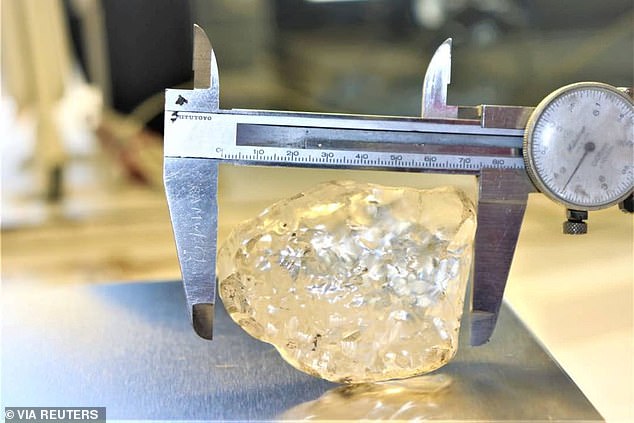 The world’s third largest diamond – a 1,098-carat, three-inch gem – has been found in Botswana 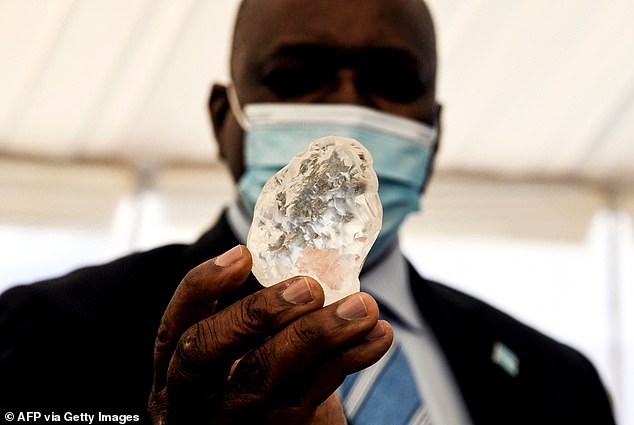 It was named after the mine’s founder, Thomas Cullinan, and was eventually bought by the Transvaal Colony government and presented to the then King of England, Edward VII.

The second largest was 1,109-carat Lesedi La Rona – a diamond the size of a tennis ball, discovered at Karowe, northeastern Botswana, in 2015.

The latest find is the biggest stone of gem quality to be recovered in the 50-year history of the company, a joint venture between the government and global diamond giant De Beers, Armstrong said.

‘From our preliminary analysis it could be the world’s third largest gem quality stone’, Armstrong added.

‘We are yet to make a decision on whether to sell it through the De Beers channel or through the state owned Okavango Diamond Company.’ 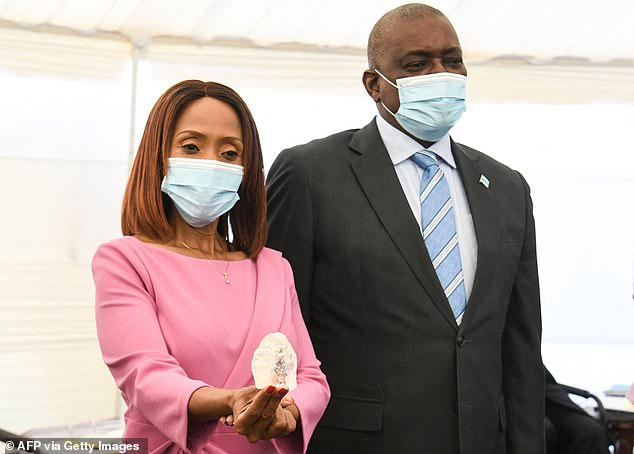 Minerals minister Lefoko Moagi said the discovery of the yet-to-be named stone, which measures 73mm long, 52mm wide and 27mm thick, could not have come at a better time after the COVID-19 pandemic hit diamond sales in 2020.

The government receives as much as 80 per cent of the income from Debswana’s sales through dividends, royalties and taxes.

Sales fell 30 per cent to $2.1 billion as the pandemic impacted both production and demand.

In 2021, Debswana plans to increase output by as much as 38 per cent to pre-pandemic levels of 23 million carats as the global diamond market recovers with the easing of travel restrictions and reopening of jewelers.

Botswana is Africa’s leading diamond producer and the rare commodity accounts for 90 per cent exports. 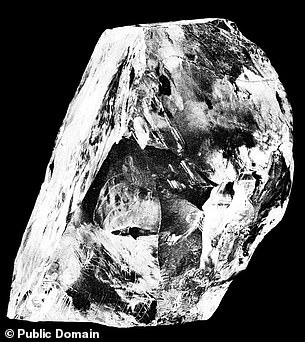 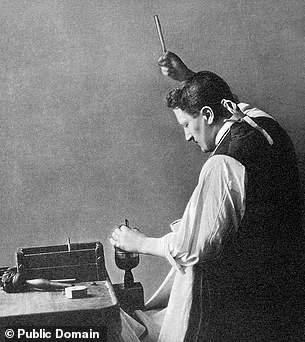 The largest gem-quality rough diamond ever found, weighing 3,106.75 carats, the Cullinan (pictured left) was unearthed from a mine in South Africa in the January of 1905. In 1907, the diamond was bought by the Transvaal Colony government, who presented it to King Edward VII as a gift. The King had the rough stone cut by Joseph Asscher (right) of Amsterdam — forming nine major stones (Cullinan I–IX) as well as 96 minor brilliant stones 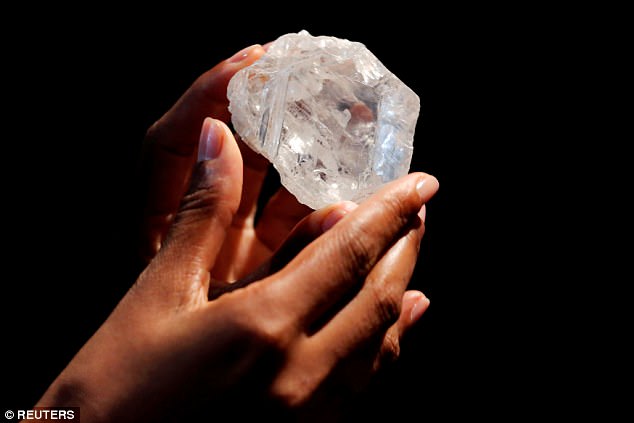 The second largest was 1,109-carat Lesedi La Rona (pictured) – a diamond the size of a tennis ball, discovered at Karowe, northeastern Botswana, in 2015 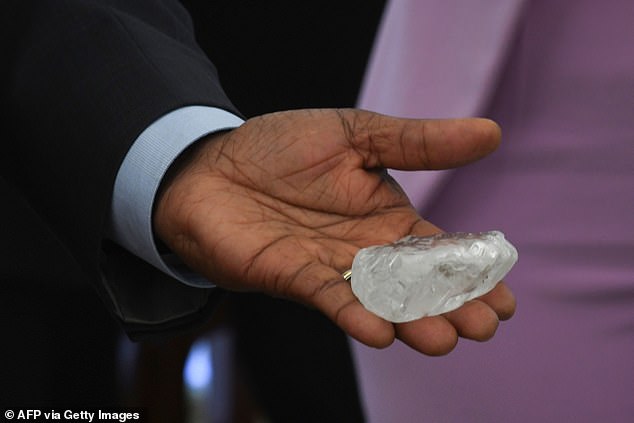 The latest major discovery in Botswana is this massive diamond, which is yet to be named, measuring 73mm long, 52mm wide and 27mm thick 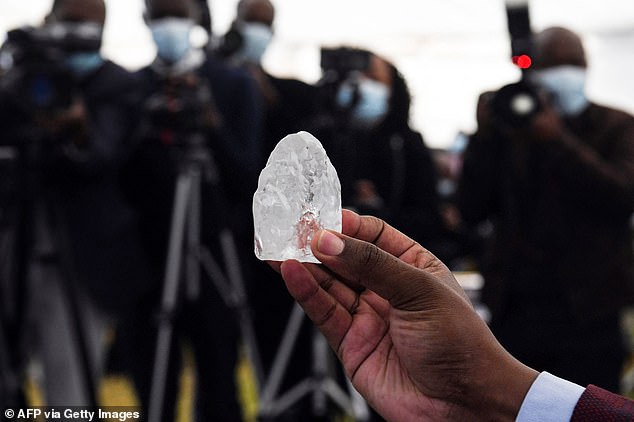 Debswana Diamond Company, which discovered the gem, has not ye decided how to sell the lucrative find 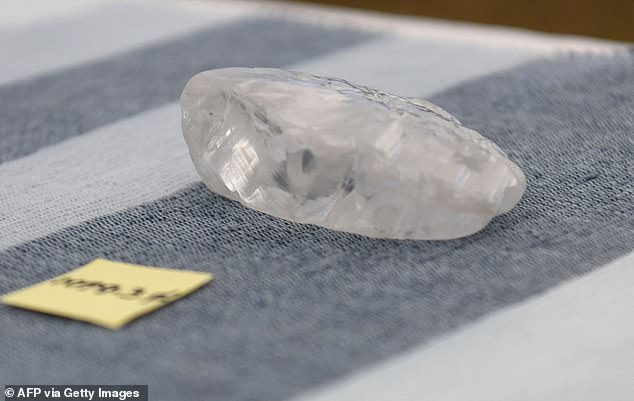