Several finance ministers and central bank governors also left the room, according an official familiar with the meetings, who spoke on the condition of anonymity because the event was not public. Some ministers and central bank governors who attended the meeting virtually turned their cameras off when Russian President Vladimir Putin's representative spoke, the person said.

White House press secretary Jen Psaki said of Yellen's walkout, “Certainly we support her steps and it’s an indication of the fact that President Putin and Russia has become a pariah on the global stage.”

The incident came amid the International Monetary Fund and World Bank spring meetings, in which finance leaders try to tackle the world's most pressing issues. The brutal effects of Russia’s war against Ukraine have taken center stage, and Treasury Department officials said earlier this week that Yellen would try to avoid contact with Russians who plan to attend some G-20 virtually. 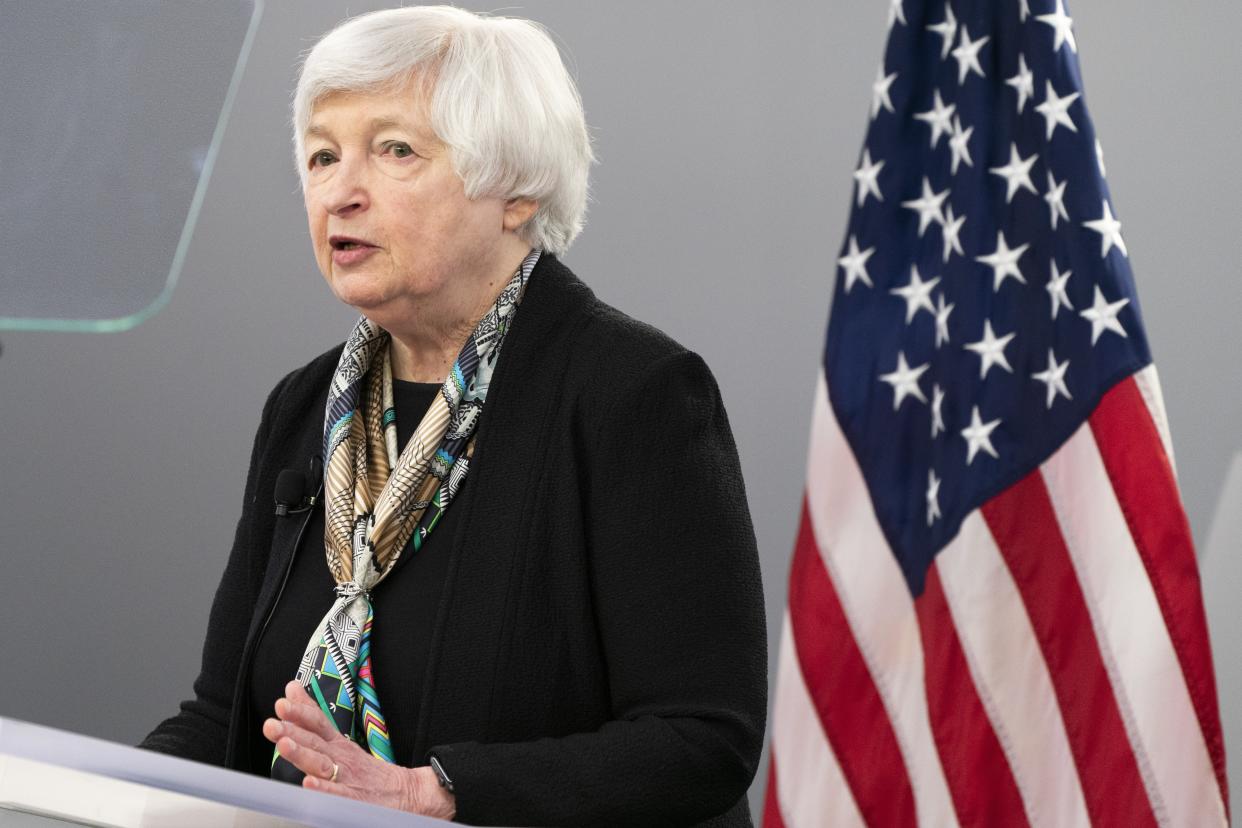 President Biden has said that Russia should not remain a member of the G-20, an international body of the world's biggest economies that promotes economic cooperation between countries. Indonesia is the host country for G-20 summit in November.

The Group of Seven — which does not include Russia — released a statement late Wednesday saying: “International organisations and multilateral fora should no longer conduct their activities with Russia in a business-as-usual manner. … As such, we regret participation by Russia in international fora, including G20, International Monetary Fund and World Bank meetings this week.” Russia was once part of what was then called the Group of Eight, but its membership was suspended in 2014 after its annexation of Crimea.

Sri Mulyani Indrawati, Indonesia's finance minister, when asked about Russia's participation in the G-20 and the about the walkout, said that the multilateral forum is a place to “express the views of all members and invitees."

Psaki reiterated the administration's position that "we can’t have business as usual” at the G-20 and other international forums when it comes to Russia.