Home » World News » You kitten me? Moment cat brings woman a mouse as she sits on the loo

You kitten me? Moment cat brings woman a mouse as she sits on the loo

You kitten me? Moment cat brings woman a mouse as she sits on the LOO

This is the moment a cat brought a woman a live mouse as she sat on the toilet at her boyfriend’s house.

Elin Dafydd, of Slough, Berkshire, had her phone handy so she decided to record the bizarre interruption and share it on TikTok.

The footage shows the cat climbing through the top window of the bathroom with the mouse in its mouth. 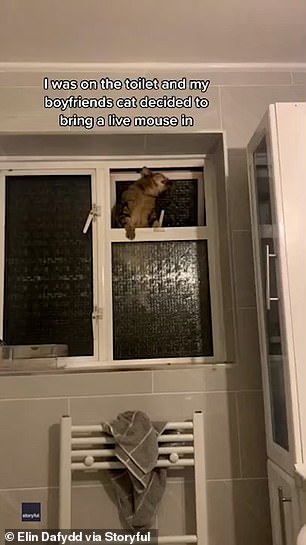 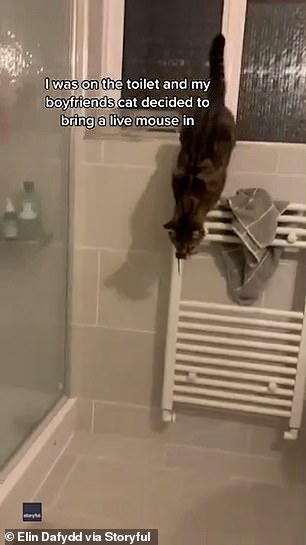 Elin Dafydd, frm Stroud, Gloucestershire, got a shock as she sat on the toilet when her boyfriend’s cat made its way into the bathroom with a live mouse in its mouth

The cat jumps down to the windowsill before leaping to the bath mat on the floor in front of Miss Dafydd.

She filmed the feline as it dropped the mouse on the floor, seemingly dead.

A few seconds later, the rodent flips over onto all four legs and taking a few steps, making Miss Dafydd gasp.

It seemed to surprise her boyfriend’s cat too, as it tries to bite the mouse again before using its paw to  swipe it.

Her video of the mouse, which died afterwards, has racked up over 400,000 views.

Users found the clip both funny and shocking, with one commenting: ‘Oh my god, you are so brave.

‘I would have started screaming at the top of my voice as soon as I saw it move.’ 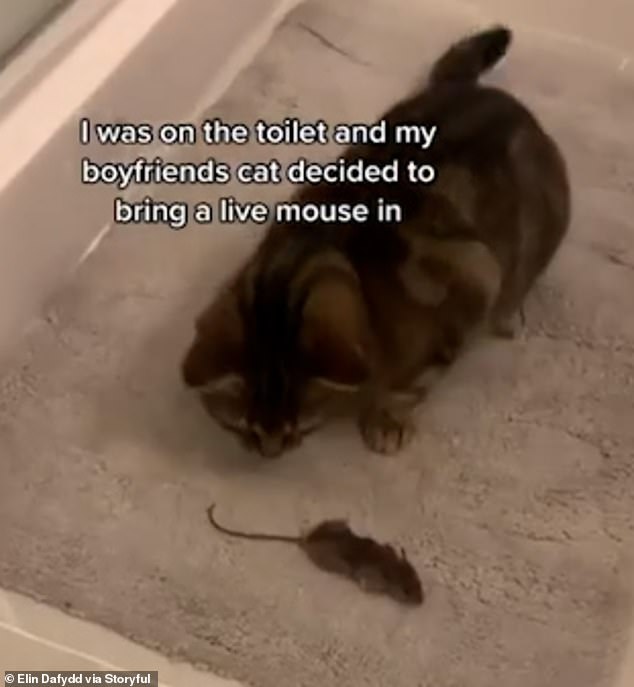 The rodent suddenly rolled over and took a few steps, making Miss Dafydd gasp, but it later died

Many users suggested cat was bringing the mouse as a gift for Miss Dafydd.

Another said: ‘The cat approves of your relationship with one of his human folk. You should be thanking him.’

A third said: ‘Just bringing you guys some supper!’