Young boy runs on field at Bucs game, gets slammed into ground by security guard

For the second time in as many weeks, someone has run onto an NFL football field during an active game. This time, a young boy ran onto the field at Raymond James Field on Sunday while the Tampa Bay Buccaneers were playing the Atlanta Falcons.

He ran onto the field in the second quarter when the Bucs were lining up for the extra point, which came after Leonard Fournette's 1-yard touchdown run. The boy didn't appear to get far before he was slammed into the turf by an adult security guard about twice his size. It was not shown on the broadcast (like last week's incident with a fan running onto the field at Levi's Stadium), but a fan at the game caught the very end of the incident on video and posted it on Twitter (there are a couple of salty words used).

What kind of parent lets their kid run on to the field? Smh… #gobucspic.twitter.com/S3GkCu2vuT

The fan's name and age has not been released because he is a juvenile. The boy's mother told the Associated Press that he's 10 years old, which was later refuted by police who said that he's older than 10. Apparently she had several kids with her at the game and was confused about which one had run onto the field.

A spokesperson for the Tampa Police Department confirmed to the AP that an incident involving a juvenile happened at the stadium Sunday, but said that no charges have been or will be filed, and no arrest will be made. 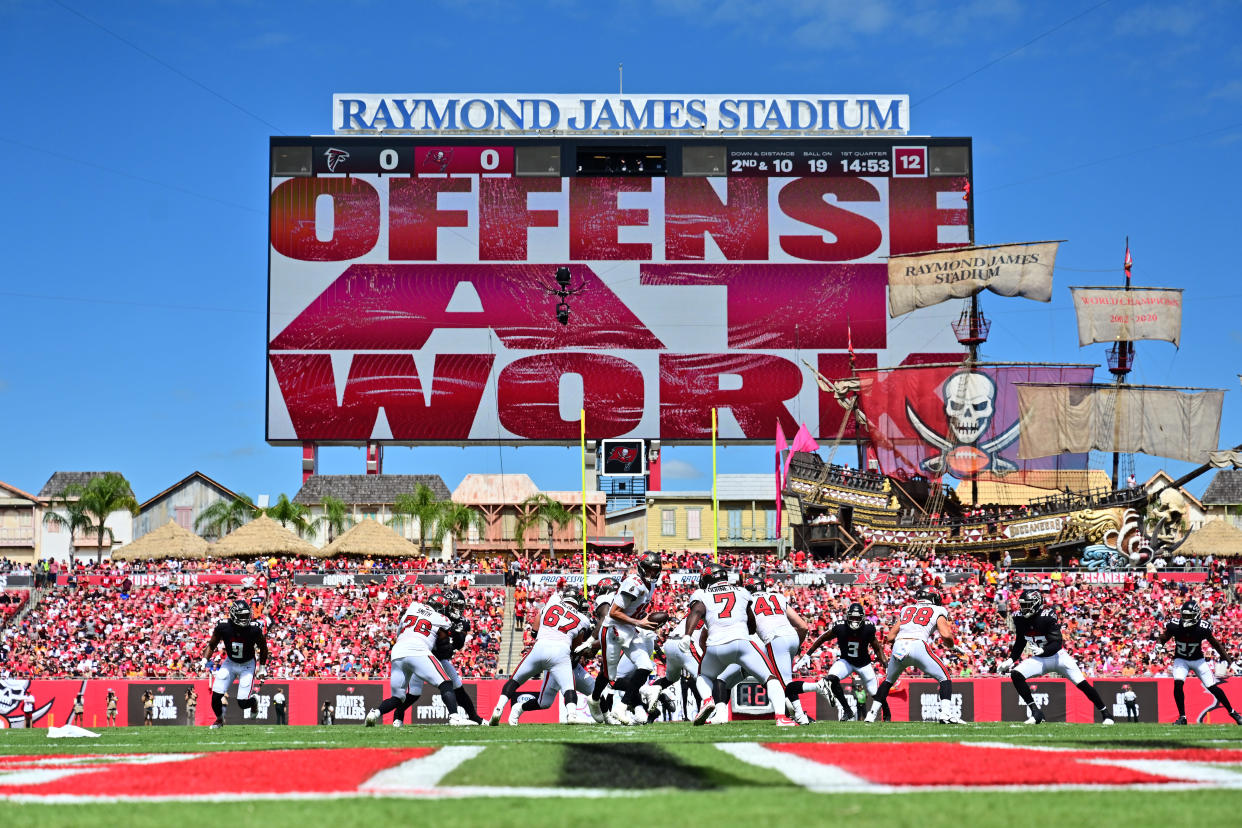