Myanmar’s most popular comedian and satirist has been arrested, as authorities continue to crack down on people they claim are inciting protests against February’s military coup.

Maung Thura, whose stage name is Zarganar, was taken from his home in Yangon by police, according to fellow comedian NgaPyaw Kyaw.

Posting on his Facebook page on 6 April, Mr Kyaw said: “Zarganar is gone.” 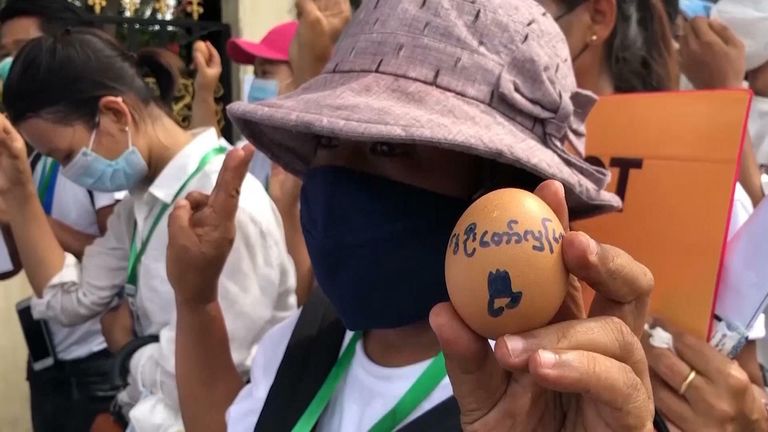 The comedian, 60, has been in and out of prison since the 1988 failed uprising against the previous military dictatorship.

He is a fierce critic of the Burmese military government, regularly speaking out against the junta in Myanmar.

In 2007, Zarganar was arrested at his home for participating in anti-government protests.

He was arrested again in 2008 and sentenced to 45 years imprisonment for violations of the Electronics Act.

The sentence was reduced to 35 years in 2009, following an appeal.

In 2011, Zarganar was released as part of a prisoner amnesty programme after pressure from human rights charities.

In the last week, the military rule in Myanmar has issued at least 60 arrest warrant for people active in literature, film, music and journalism.

Authorities state that these people are charged with spreading information that undermines stability in the country.

It is not clear what Zarganar has been charged with, but in the past week the junta has issued arrest warrants for at least 60 people active in the fields of literature, film, theatre arts, music and journalism on charges of spreading information that undermines the stability of the country and the rule of law. 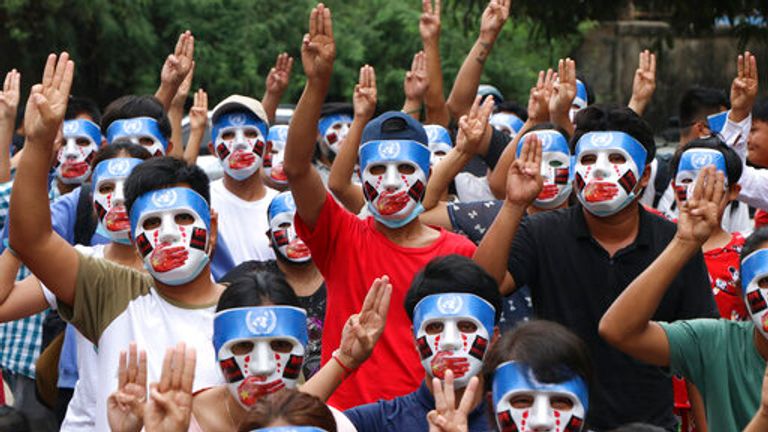 In December 2020, Aung San Suu Kyi won the 2020 general election by a landslide but just months later the country’s military, known as ‘Tatmadaw’, detained Ms Suu Kyi and handed power back to the military chief.

The military declared a state of emergency, closed its borders and expelled members of Ms Suu Kyi’s National League for Democracy Party from the capital city, Naypyitaw.

Since 1 February, thousands of Burmese citizens have protested the coup, with the military using violent tactics against the protesters.

On Tuesday 6 April, security forces used stun grenades and guns to break up a march by doctors in Mandalay.

One eyewitness said that the army also used cars to run into protesters on motorbikes, with local news reports stating that four doctors were arrested.

At least 570 people, including 47 children, have been killed since February.

A further 2,728 people are detained, according to Assistance Association for Political Prisoners.

Thousands of people have fled to neighbouring Thailand and Bangladesh in an effort to escape the violence.