Zelensky warns of torture chambers being 'built' by Russian troops 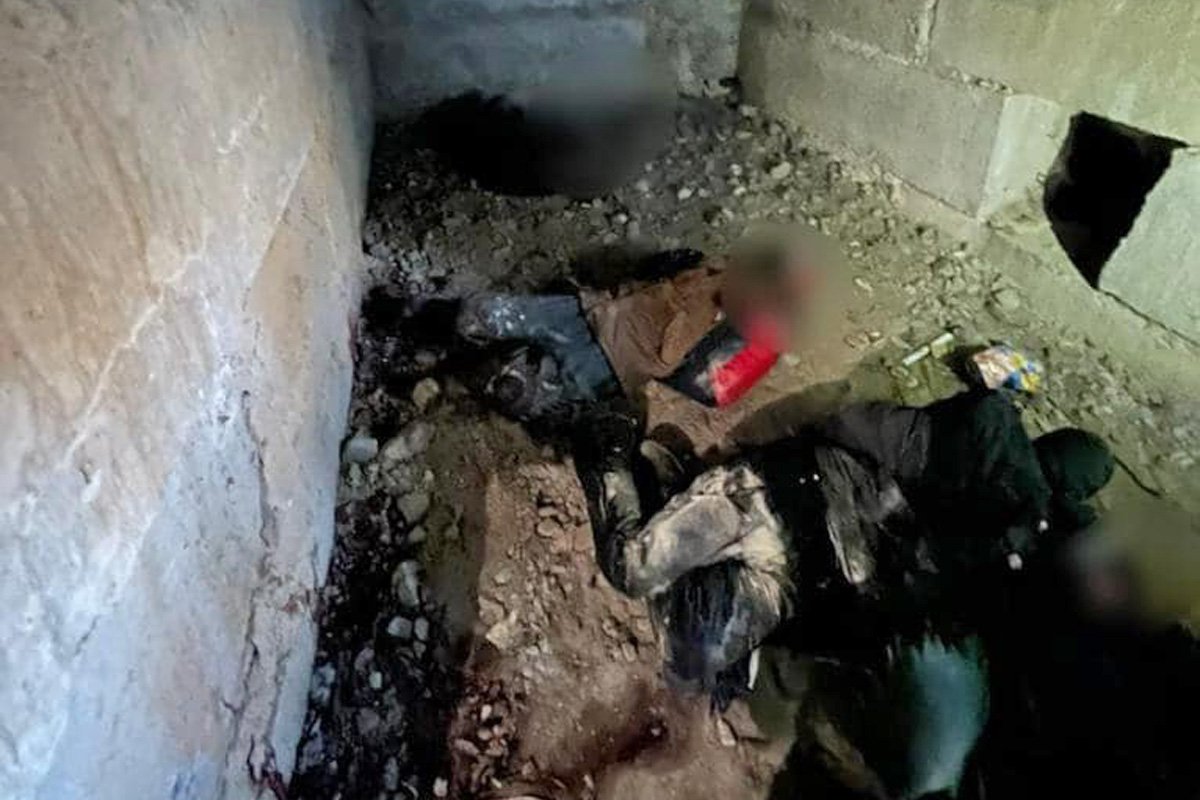 Alarming evidence of ‘torture chambers’ has been found across Ukraine.

There have been distressing reports of ‘execution’ style murders and of severe beatings within underground torture chambers.

Mr Zelensky said: ‘The democratic world must react to what the occupiers are doing in the south of Ukraine – in the Kherson and Zaporizhzhia regions. Torture chambers are built there.

‘They abduct representatives of local authorities and anyone deemed visible to local communities. They blackmail teachers. They steal money provided for paying pensions. Humanitarian aid is blocked and stolen. They create starvation.’

Ukrainian forces have already discovered torture chambers in the recently-liberated town of Trostyanets, close to the border with Russia.

Two men, Dima and Andrei, spoke to the Independent about the horrors they endured.

Andrei was stripped naked by the soldiers who threatened him with genital mutilation and rape, he claimed.

Russians soldiers would allegedly shout ‘all Ukrainians must die’ while beating prisoners to death.

At least eight civilians were held captive in the room and starved, tortured and even forced to sit in their own excrement, Dima said.

Meanwhile, Mr Zelensky has warned of the ‘deliberate terror’ and a potential move east by Russian troops.

In the last four days alone, 18 people have been killed and 106 have been wounded by shelling in the city of Kharkiv.

Moscow is said to be ‘redoubling’ efforts after a series of failures to hold onto Ukrainian towns and cities.

Mr Zelensky added: ‘Russian troops are preparing for an offensive operation in the east of our country. It will begin in the near future. They want to literally finish off and destroy Donbas. Destroy everything that once gave glory to this industrial region.

‘Just as the Russian troops are destroying Mariupol, they want to wipe out other cities and communities in the Donetsk and Luhansk regions.’

Ukraine has also called on the wider world to send more weapons and ammunition to be used against Russia.

Any delay is ‘permission for Russia to take the lives of Ukrainians’, Mr Zelensky added in his video address.

But the president also highlighted some much-needed good news for Ukraine.

Hundreds of miles away from the nation’s besieged cities and towns, three medals have been won at the Invictus Games.

The Ukrainian team were given special permission to compete at the competition for injured military veterans.

Mr Zelensky added: ‘This is always important, and now it is extremely important. To glorify our flag, to perform the Ukrainian national anthem and to honor our heroes.’