A Bridge Too Far star Hardy Krüger dies aged 93: Actor’s family pay tribute to his ‘warmth of heart’ after he passes away in California

Actor Hardy Krüger has died at the age of 93.

The actor, known for his roles in A Bridge Too Far, The Flight of the Phoenix, and The Wild Geese, died at his home in California on Thursday.

In a statement released by Kruger’s agency, paying tribute, Krüger’s family lauded his ‘warmth of heart’ and ‘unshakable sense of justice,’ after he became  one of few German actors to become known for his roles globally.

The statement said: ‘His warmth of heart, joie de vivre, and his unshakable sense of justice will make him unforgettable.’

Krüger had a leading role in 75 films over a career that spanned 40 years, and famously appeared in the epic war film A Bridge too Far, which boasted a star-studded cast including James Caan, Michael Caine and Sean Connery.

He took on the role of Generalmajor der Waffen-SS Karl Ludwig in the film which focused on the failed World War II Operation Market Garden, which saw the European allies attempt to create an invasion route into northern Germany. 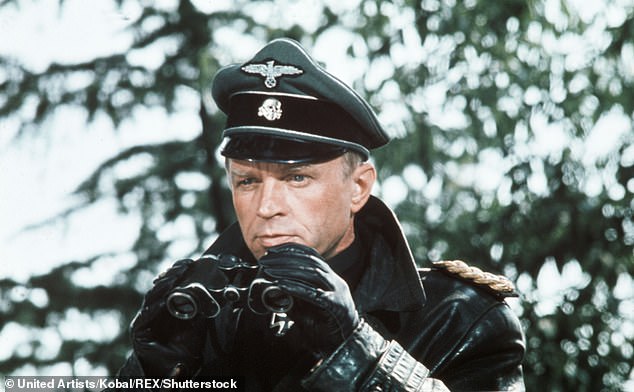 Sad: The actor, known for his roles in A Bridge Too Far (pictured), The Flight of the Phoenix, and Wild Geese, died at his home in California on Thursday 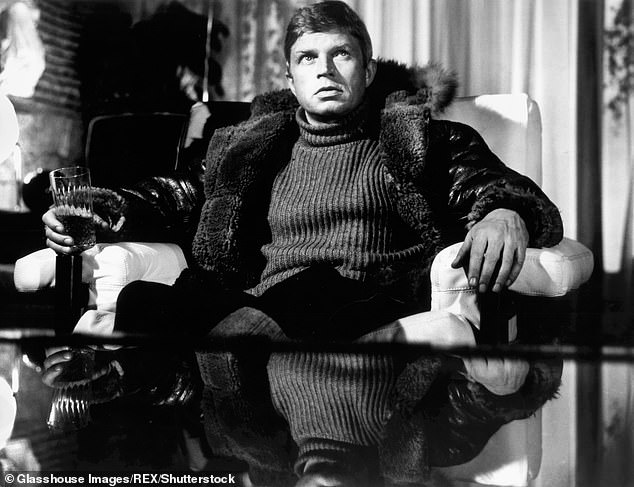 Iconic: In a statement released by Krüger’s agency paying tribute, Kruger’s family lauded his ‘warmth of heart’ and ‘unshakable sense of justice’ (pictured in 1971 Soviet film The Red Tent) 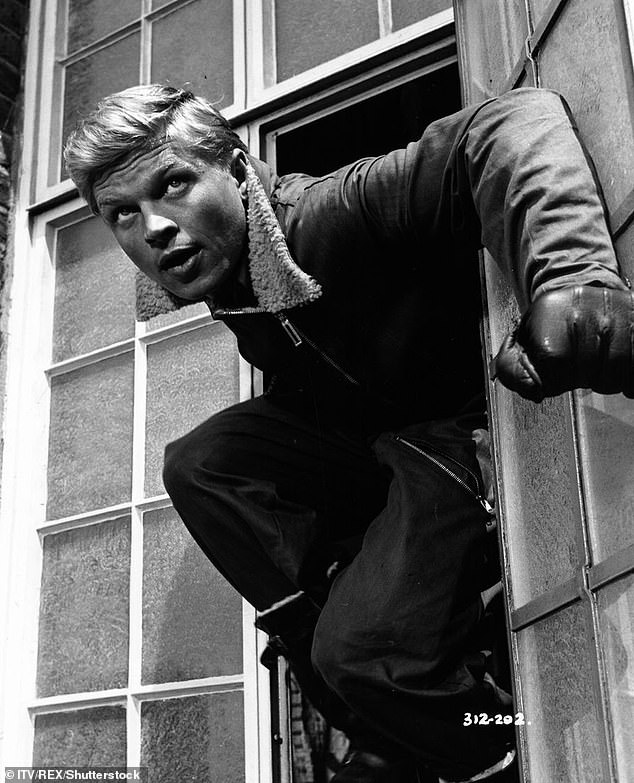 Praised: Starting his acting career when he was 15, Hardy became known to worldwide audiences when he starred in The One That Got Away (pictured) in 1957

Born in Berlin in 1928, Krüger’s father, an engineer, was a supporter of Adolf Hitler and an early member of the Nazi Party.

He made his acting debut in the German film The Young Eagles, but his career was interrupted when he was drafted by the German Wehrmacht – one of the Nazi armed forces – in 1944 when he was 16.

He went onto fight for the 38th SS Division Nibelungen, but when he was ordered to ambush a group of US soldiers, he refused, and was nearly executed after being sentenced to death for cowardice, before another SS officer overturned the ruling.

Krüger eventually escaped and hid out in Tyrol in Italy until the end of the war, and frequently spoke out against extremism and in favour of democracy.

When asked if he was afraid of death in 2018, ahead of his 90th birthday – Krüger told German press agency DPA: ‘I grew up with death, I got used to it.’ 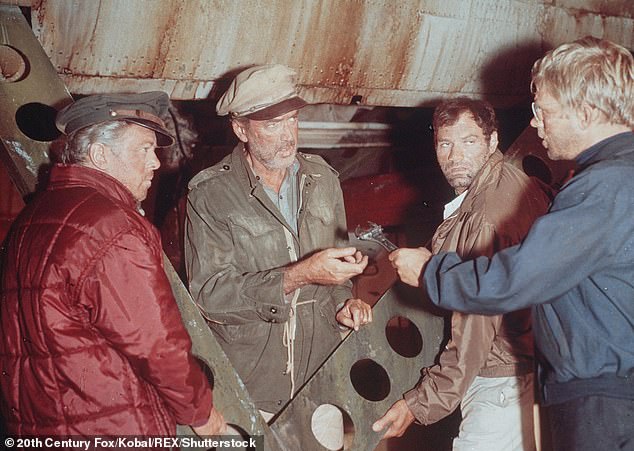 Praised: He also starred in 1965’s The Flight Of The Phoenix, alongside stars including John Wayne and Richard Attenborough 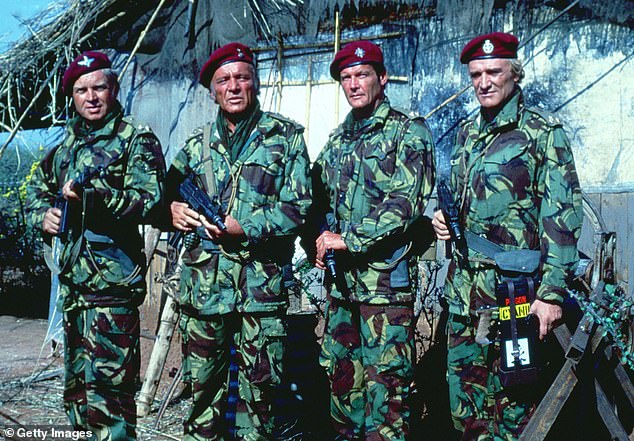 Target practice: Krüger starred in an array of war films, including The Wild Geese in 1978 opposite Richard Burton

After the war, Krüger struggled to pay for acting school, and so resumed his career with small stage roles, before gaining the attention of worldwide audiences with a role in the British film The One That Got Away in 1957.

The film sees Krüger play a German Luftwaffe pilot shot down over Britain in 1940, and documents his attempts to escape captivity.

Fluent in German English and French, Hardy later starred in the French picture Sundays and Cybèle, which won an Oscar for Best Foreign Language Film in 1962.

In 1975 he also starred as Captain Potzdorf in Stanley Kubrick’s Barry Lyndon opposite Ryan O’Neal, and The Wild Geese With Richard Burton in 1978. 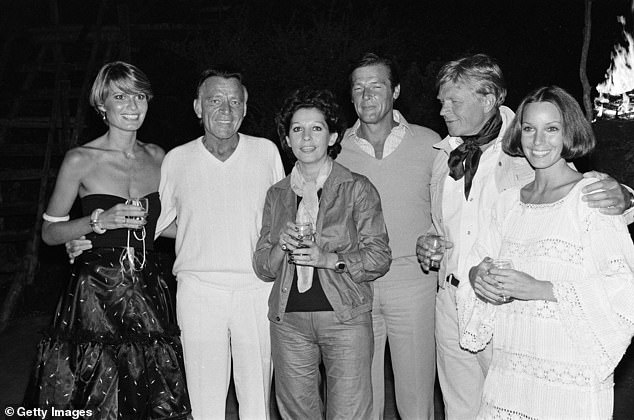 Famous pals: Throughout his career Krüger appeared alongside some of Hollywood’s biggest stars (pictured second right at Roger Moore’s 50th birthday party in 1977)

Hardy eventually retired from acting in the late 1980s, and went onto publish 16 books, and directed several documentaries about his travels round the world.

Speaking to German regional newspaper Augsburger Allgemeine, he said: ‘I was already on the road a lot when I was a child. Always new places, new school, new friends. this was my life I was in the USA early on, did an apprenticeship there.

‘Back in Germany, I started my acting career and experienced quite a bit of hype with the series Against the Wind.

‘As a result, I was booked for international films and was on the road. Also as a Unicef ​​ambassador I got around a lot in the world, in Laos, Thailand and god knows where else.’ 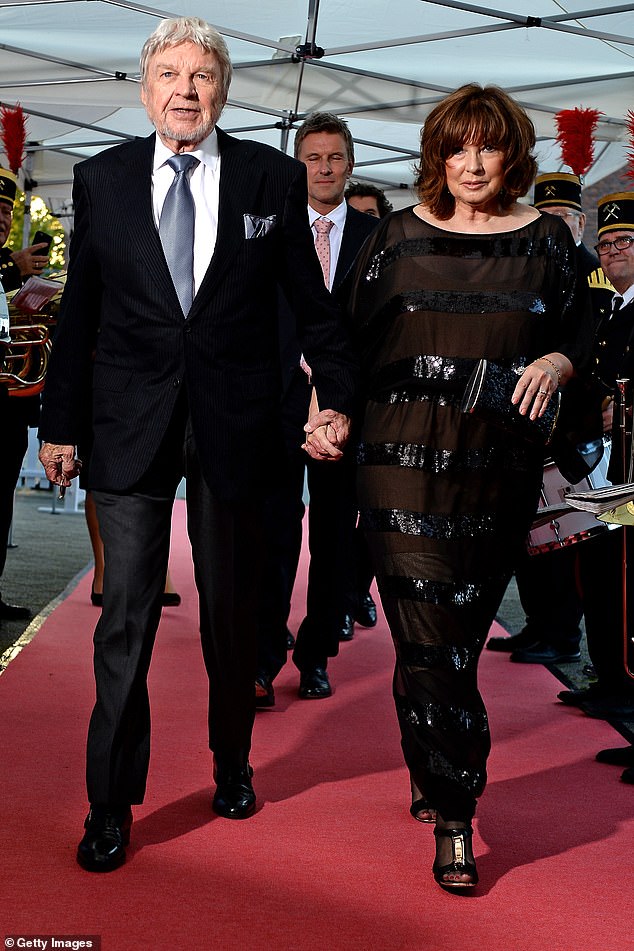 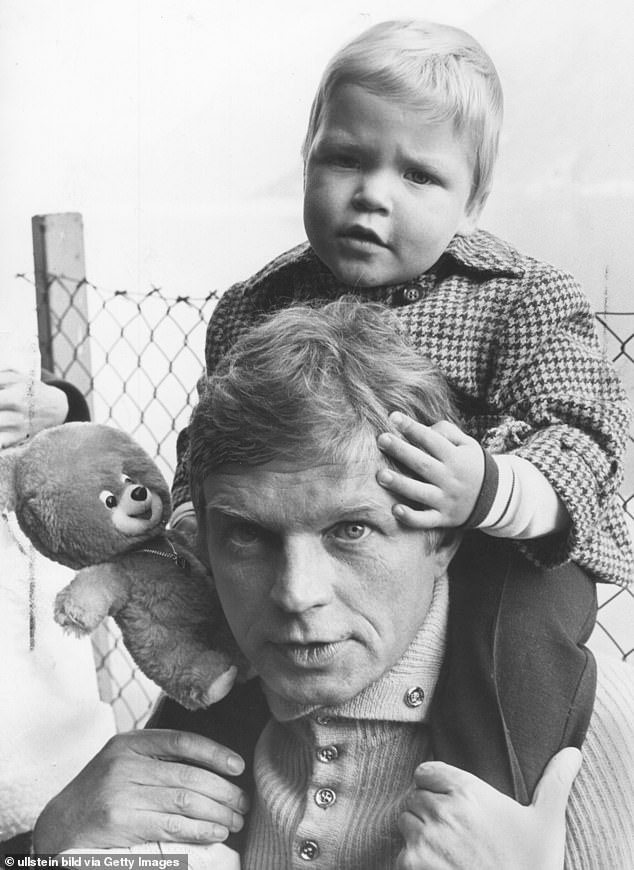 Family: He is pictured with his son Hardy Krüger Jnr who he shared with his second wife Francesca Marazzi, in 1971 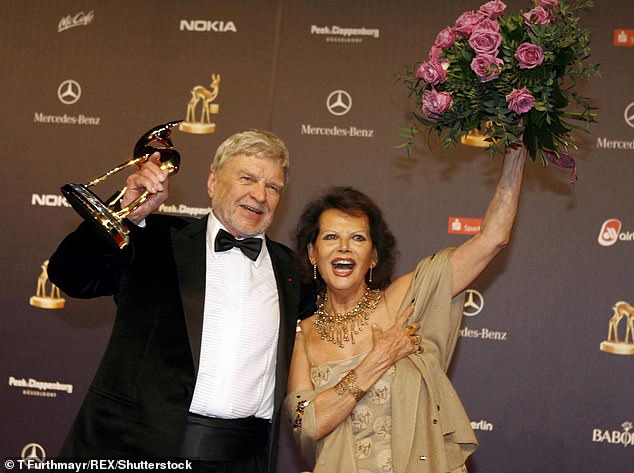 Illustrious: Krüger is pictured at the 60th Bambi Awards in 2008, where he was awarded a Lifetime Acheivement prize for his decades-long career

Kruger was married three times; firstly Renate Densow from 1950 to 1964, after they had son Christiane Krüger in 1945.

Most recently Kruger was married to Anita Park, who he wed in 1978.

One of Hardy’s German followers took to Twitter to pay tribute, writing: ‘Ad Astra Hardy Krüger. Thank you for the countless adventures and trips.’

BBC’s Patrick Jackson added: ‘Thanks also for giving us the scariest officer ever in Barry Lyndon.’ 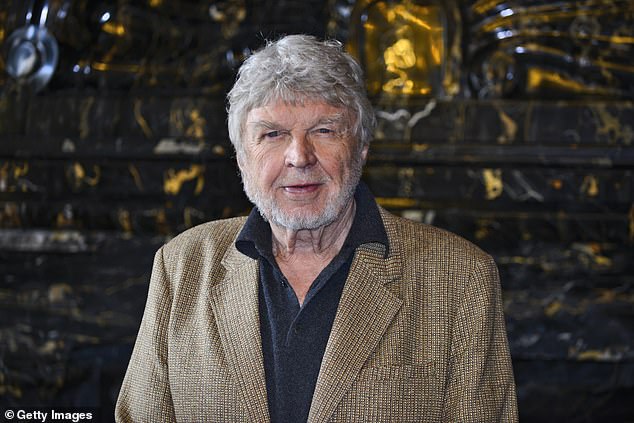 Outspoken: Having refused to ambush US soldiers while fighting for the Germany army in World War II, Krüger became a public advocate for democracy (pictured in 2013)