Home » Celebrities » Adrian Chiles admits he has 'feelings' for SPOONS

Adrian Chiles admits he has 'feelings' for SPOONS

Adrian Chiles has revealed he has started getting ‘feelings’ for his spoons.

Former The One Show presenter Adrian, 55, has told how he recently realised he has a ‘favourite’ spoon and if he ever happened to sadly lose the kitchen utensil he would ‘miss it forever’.

He said: ‘I surveyed my spoon drawer and considered my feelings. I was disappointed to see I have no fewer than 17 wooden spoons. 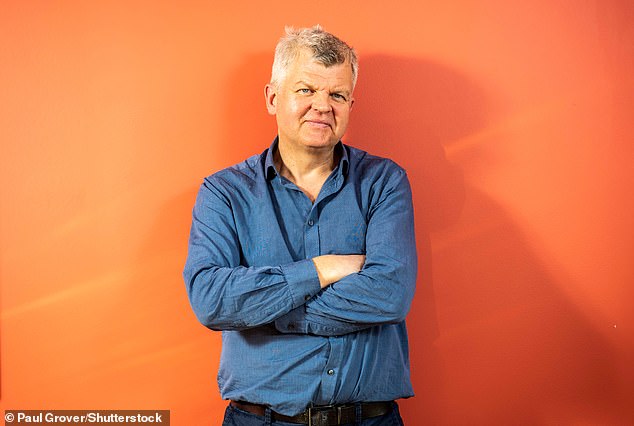 Writing in his column for The Guardian newspaper, he said: ‘Stirring without love is just exercise, after all. But sorting through them, I realised I do have a favourite. It’s more of a spatula than a spoon, but it suits me very well.

‘I had always looked out for it without knowing I was doing so and felt a twinge of disappointment if it didn’t come to hand. If ever I lost it for good, I now understood, I would miss it forever.’

After realising his penchant for spoons, Adrian even hosted a Radio 5 Live phone-in to see if there were others with the same feelings for their servers – and there are. 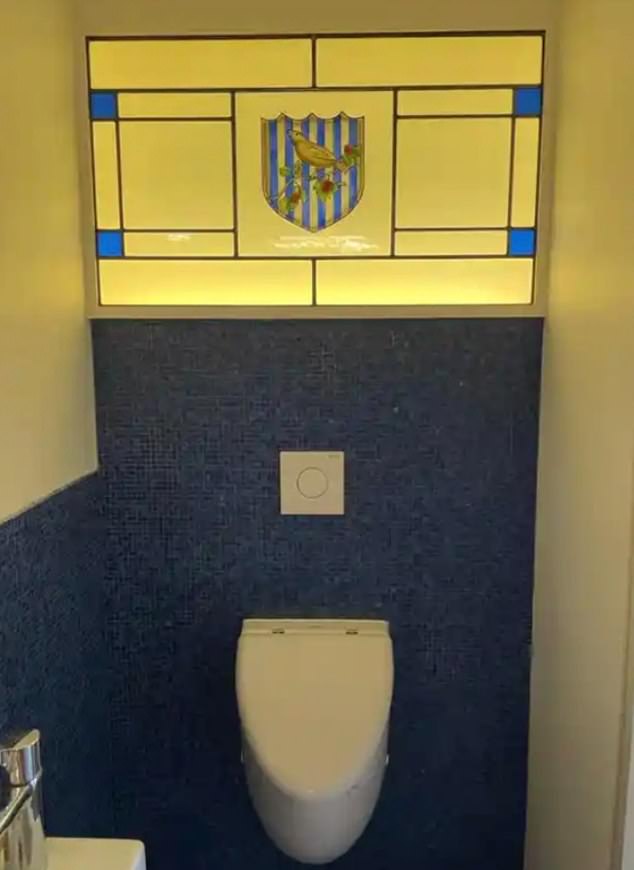 Life changer! Adrian made headlines last month when he revealed he has a gender-neutral West Brom themed urinal installed in his house.

Adrian made headlines last month when he revealed he has a urinal installed in his house.

He defended the unusual concept to ‘appalled’ fans in his newspaper column at the time.

The former One Show presenter, 55, admitted that installing the device has ‘changed his life’, even though women are left ‘retching’ over the sight of the urinal.

Despite shocking many fans with his choice of bathroom appliances, the presenter was praised by activists for using trans-inclusive language in his argument, as he noted that urinals are convenient for ‘gentlemen – or anyone with a penis’.

Adrian explained during his latest column in the Guardian that a urinal is the solution to many domestic issues, including men leaving the seat up or having poor aim.

The TV presenter referenced his private urinal after noting that Ryan Reynolds had given Rob McElhenney a urinal in the Wrexham FC grounds for his birthday. 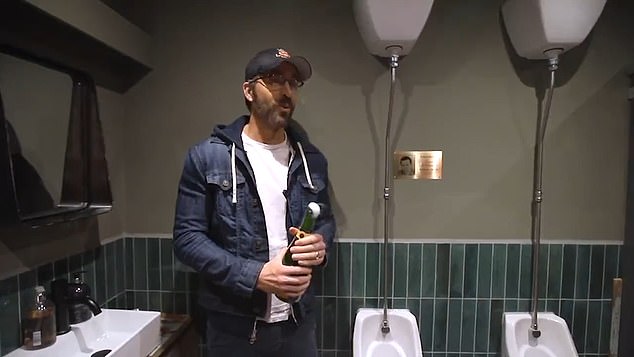 Inspired: The TV presenter referenced his private urinal after noting that Ryan Reynolds had given Rob McElhenney a urinal in the Wrexham FC grounds for his birthday

In his opinion piece, Adrian noted that urinals were practical for ‘gentlemen – or anyone with a penis’.

Amid a debate surrounding gender neutral and inclusive language, trans campaigner Jessica Alves told MailOnline that his use of language was ‘amazing’.

She said: ‘I find it amazing and inclusive. For 36 years of my life I used to pee standing up and made well use of urinals.

‘I think that Adrian’s attitude is very nice and inclusive especially towards trans woman who still have a penis.’ 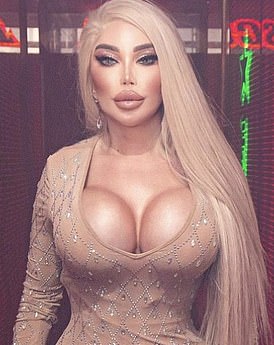 Despite admitting that some were ‘appalled’ by his toilet, Twitter went wild for the confession and even branded him a ‘genius’ after reading the column.

One happy fan, wrote: ‘I bet you, like me, don’t need to click on this to know who wrote it. I think it’s time for an anthology of these columns.

‘Their banality is truly avant-garde. Mr Pooter in the style of Bret Easton Ellis.’

One person wrote: ‘I used to think Adrian Chiles was silly but now I see he’s raised silly to samurai level and I might actually love him.’

Another said: ‘Just when I felt like going Joker mode Adrian Chiles drops another banger and pulls me back from the void.

‘How does he do it? The man is untouchable, a paragon, a genius.’

A third said: ‘I am literally so obsessed with Adrian Chiles.’

Another insisted it was ‘absolutely classic’ Adrian and branded it ‘great literature’.

A different person quipped that you ‘probably have to put 20p in the door’ in order to enter the bathroom where the urinal is.

Others also commented that Adrian was being trans inclusive during one of his lines where he referenced ‘gentlemen – or anyone with a penis’.

Readers tweeted: ‘Adrian chiles says trans rights’; ‘Alright, who had Adrian Chiles being trans-inclusive in an article about urinals on their bingo card?’; ‘ “Gentlemen – or anyone with a penis…” – Adrian Chiles. Always thought he’d be an accepting kind of bloke.’;

‘I was about to cancel Adrian Chiles for his appalling decision to install a urinal in his bathroom like he lives in a bloody soccer stadium then I saw he was trans inclusive and immediately uncancelified him. They are a great guy.’;

One happy fan, wrote: ‘I bet you, like me, don’t need to click on this to know who wrote it. I think it’s time for an anthology of these columns’

Loving it: Despite admitting that some were ‘appalled’ by his toilet, Twitter went wild for the confession and even branded him a ‘genius’ after reading the column

‘Adrian Chiles of all people coming out swinging for trans rights in an article about having a goddamned urinal in your own home is absolutely wild to me’; ‘the adrian chiles urinal piece is not only great literature, it’s also trans inclusive. new community darling’.

His inclusive language was praised by transgender model and influencer Jessica Alves, who told MailOnline that Adrian’s use of language was ‘amazing’.

She explained that before undergoing sex reassignment surgery she appreciated the ease of using an urinal and revealed that as she was unable to sit down following her recent Brazilian butt lift surgery, she had to invest in a ‘Shewee’, a funneled device that allows women to urinate standing up.

Approval: Others commented that Adrian was being trans inclusive with his language