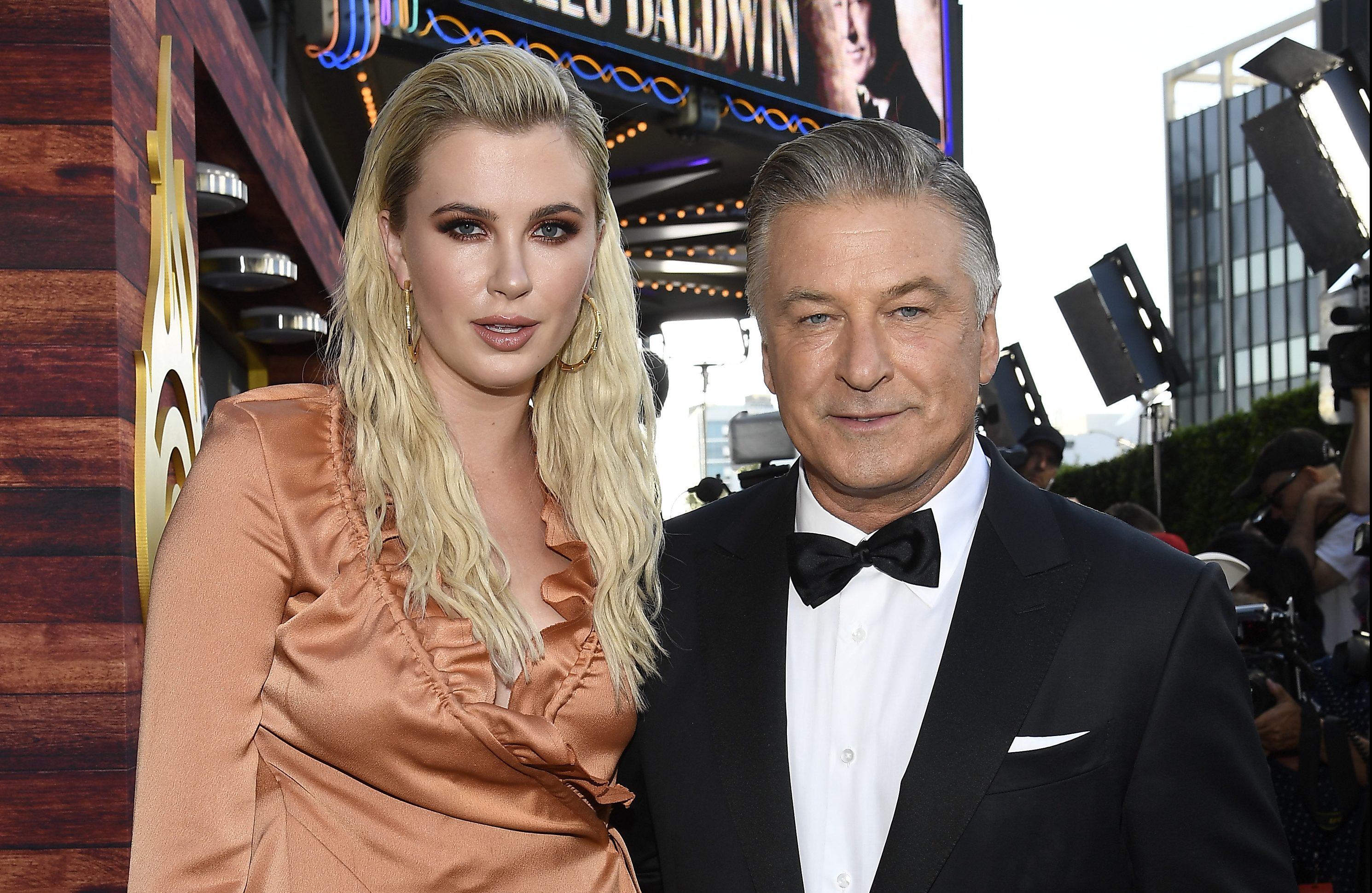 Alec Baldwin’s daughter Ireland has spoken out on the fatal shooting of cinematographer Halyna Hutchins.

Actor Baldwin accidentally shot Hutchins with a prop gun on the set of their movie Rust. Director Joel Souza was also injured but has been released from hospital.

‘Sending healing thoughts to Joel Souza. And wishing I could hug my dad extra tight today.’

Ireland, the daughter of Baldwin and Kim Basinger, is an actress, model and writer, as well as an animal rights campaigner.

She’s the eldest of the actor’s seven children.

Hutchins, 42, was reportedly shot in the stomach when Baldwin, 63, discharged the prop gun during filming.

The actor, who was starring in and co-producing the film, has since spoken out, tweeting: ‘There are no words to convey my shock and sadness regarding the tragic accident that took the life of Halyna Hutchins, a wife, mother and deeply admired colleague of ours.

‘I’m fully cooperating with the police investigation to address how this tragedy occurred.

‘I am in touch with her husband, offering my support to him and his family. My heart is broken for her husband, their son, and all who knew and loved Halyna.’

In a statement, a rep for Rust Movies Productions LLC said: ‘The entire cast and crew has been absolutely devastated by today’s tragedy, and we send our deepest condolences to Halyna’s family and loved ones.

‘We have halted production on the film for an undetermined period of time and are fully cooperating with the Santa Fe Police Department’s investigation.’

They added: ‘We will be providing counseling services to everyone connected to the film as we work to process this awful event.’

The Santa Fe Police Department confirmed they are investigating the incident, and that Baldwin willingly gave a statement. He was seen outside the station in tears.

Who is Halyna Hutchins?

Halyna Hutchins, a mother of one, was born in the Ukraine and grew up on a Soviet military base in the Arctic Circle before attending Kyiv National University.

After graduating with a degree in international journalism, she worked as an investigative journalist for British documentaries in Eastern Europe.

However, Hutchins’ true passion lay in filmmaking, and she moved to Los Angeles, where she got work as a production assistant and a grip electric.

She also shot her own short films, inspired by cinematographers including Christopher Doyle and Sergey Urusevskiy.

On the advice of cinematographer Robert Primes, Hutchins enrolled the filmmaking MFA programme at the American Film Institute Conservatory in 2013 and graduated two years later.

In 2018, Hutchins was one of eight female cinematographers selected for the inaugural 21st Century Fox DP Lab, and in 2019, she was chosen as a Rising Star by American Cinematographer magazine.

Hutchins went on to work on films including horrors The Mad Hatter and Darlin’ and police drama Blindfire, and the BET+ series A Luv Tale: The Series.

She also worked on the Joe Mangianello mystery thriller Archenemy, which premiered at Beyond Fest 2020 and received a nomination at the Sitges International Film Festival.

No charges have been filed.

Following the tragedy, Baldwin was seen looking distraught as he spoke on the phone.

Hutchins’ website biography states that she was born in Ukraine and graduated from the AFI conservatory in 2015. She was selected as one of American Cinematographer’s Rising Stars of 2019 as well as a cinematographer for the 21st Century Fox DP Lab in 2018.

The cinematographer also worked as an investigative journalist with British documentary productions in Europe before she moved onto films, and she held a graduate degree in International Journalism from Ukraine’s Kyiv National University.

Some of her movie credits include 2020’s Archenemy, 2019’s Darlin’ and The Mad Hatter, released this year.

Baldwin is an Emmy-winning actor, perhaps best known for his role in 30 Rock alongside Tina Fey.

He’s also starred in the likes of The Hunt For Red October, The Aviator, The Departed, and To Rome With Love.

In 2003, he was nominated for an Academy Award for best supporting actor for his role in The Cooler.