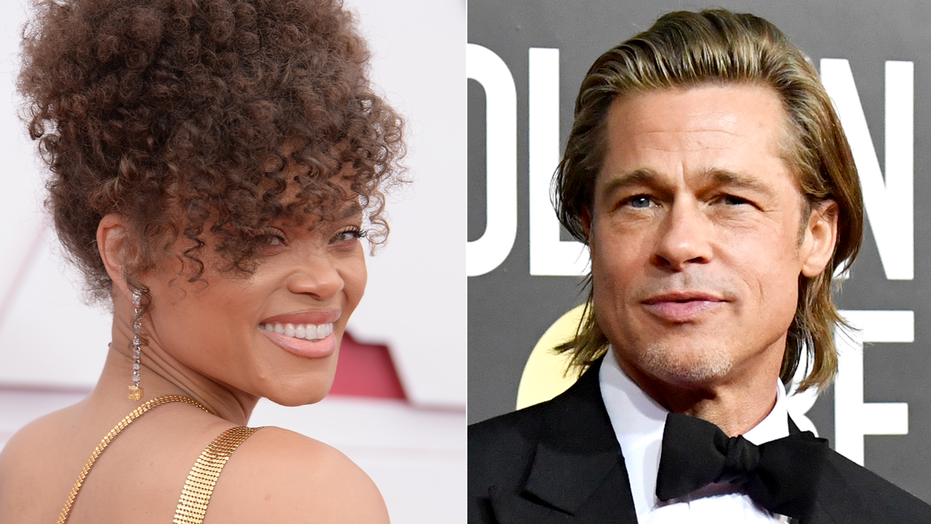 Andra Day says those pesky Brad Pitt dating rumors are nothing more than a piece of Hollywood fiction.

The “Rise Up” singer, 36, shot down recent buzz that she and Pitt had exchanged phone numbers at this year’s Oscars — saying she’s “never met” the 57-year-old star.

“We’re not dating,” Day told “Entertainment Tonight” at Sunday’s BET Awards. “We don’t even know each other.”

She added that the story came out of “thin air.”

Day said her sister first alerted to her to the UK Mirror’s report in May that she and Pitt had swapped digits.

Rumors notwithstanding, Day is a fan of the Oscar-winning actor.

Pitt presented the Best Supporting Actress award at the 2021 Oscars after winning an Academy Award the year prior for his work in “Once Upon a Time … In Hollywood.” Day was nominated at this year’s show for Best Actress in a Leading Role for “The United States vs. Billie Holiday,” but lost out to “Nomadland” star Frances McDormand.