Andy Cohen comes to the defense of Sarah Jessica Parker and slams haters of her gray locks: ‘It was misogynistic, and she was so right’

Sarah Jessica Parker and some of the Sex And The City cast have faced plenty of comments about their ages and older appearances since the announcement of the revival series, And Just Like That, in January.

And then there was the haters who commented on Parker’s graying locks when she was photographed during a lunch date with fellow salt-and-pepper haired friend Andy Cohen in New York City in July.

Now, following the release of the December edition of Vogue where the SATC leading lady called the backlash over her graying locks ‘misogynistic’, Cohen himself has weighed-in the topic and offered his support for Parker. 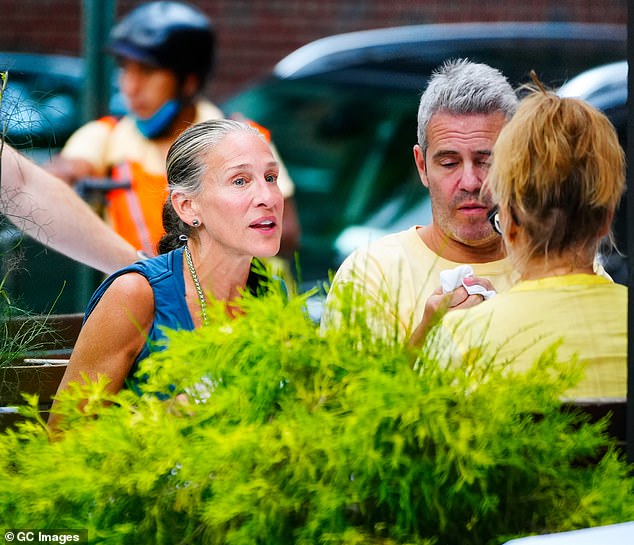 Supportive: Andy Cohen agreed with Sarah Jessica Parker’s assertion that the haters who commented about her graying hair when the two old friends went out to lunch in July were being ‘misogynistic’

During a guest spot on The Drew Barrymore Show on Thursday, Cohen hit back at all the criticism over her gray hair, when the old pals enjoyed lunch together during a break in the shoot for And Just Like That.

Cohen, 53, agreed with Parker, 56, in regards to her comments to Vogue about all the ageism talk in connection to the three leading ladies of the show.

‘There’s so much misogynist chatter in response to us [female castmates] that would never. Happen. About. A. Man.,’ Parker said, while stopping to clap between each word for added impact. 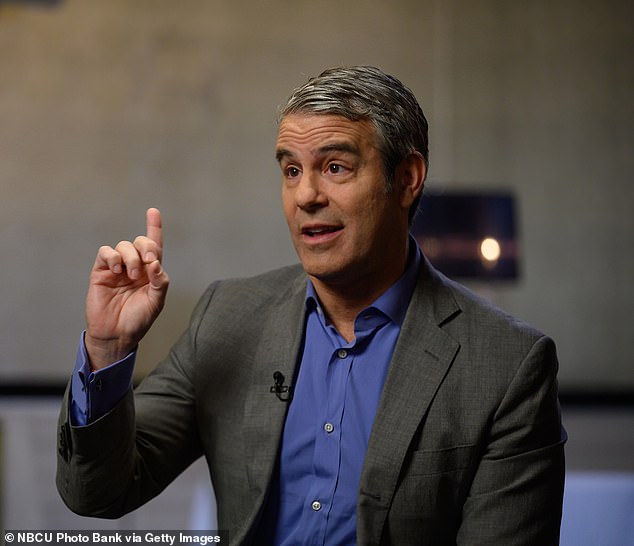 “She’s right’: Cohen, 53, talked about how the negative remarks about Parker and her gray hair ‘missed the mark totally’ and that it was ‘misogynistic, and she was so right’

‘Everyone has something to say. “She has too many wrinkles, she doesn’t have enough wrinkles.” It almost feels as if people don’t want us to be perfectly okay with where we are.’

She also directly addressed her longtime friend to make her point: ‘”Gray hair, gray hair, gray hair. Does she have gray hair?” I’m sitting with Andy Cohen, and he has a full head of gray hair, and he’s exquisite. Why is it okay for him?’ Parker said to Vogue.

While speaking with Barrymore, Cohen made a note of his own ‘white hair’ and confessed to be baffled by the double standard.

‘She’s sitting next to me… and all the articles [are] “Sarah Jessica Parker, she’s going gray, she looks old.” It was insanity. People just missed the mark totally,’ the Watch What Happens Live host shared, before adding, ‘It was misogynistic, and she was so right.’ 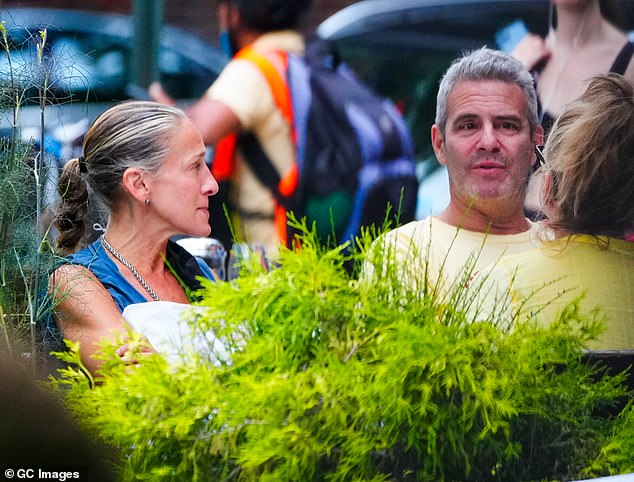 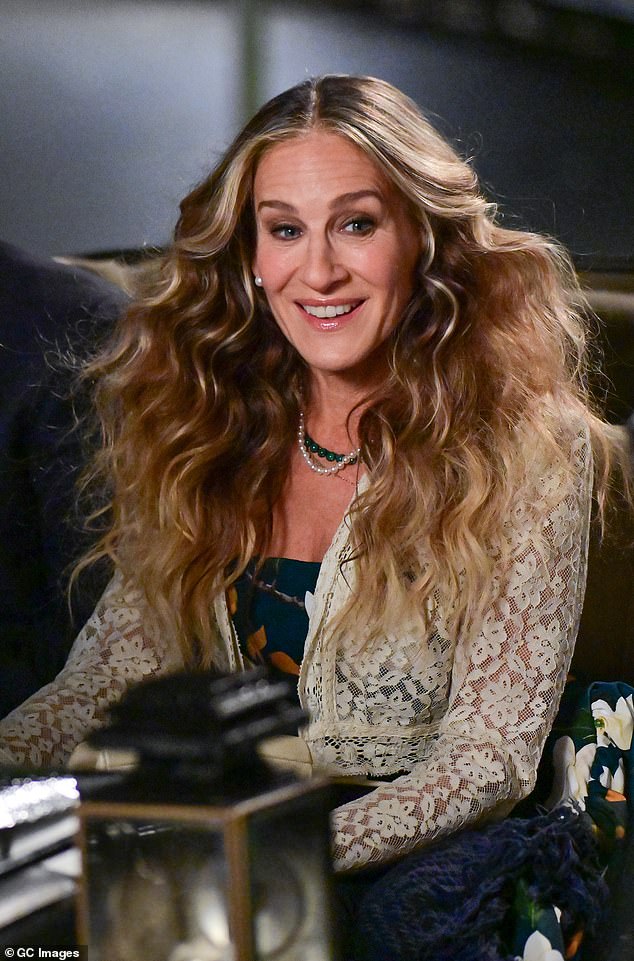 Blonde ambition: The And Just Like That leading lady has been photographed with her typical blonde locks while shooting the series since June through the beginning of November

Cohen then gave fans a hint of what’s to come and revealed that this particular topic and message will be explored in the upcoming new series, And Just Like That.

During her interview, Parker made a point of singling out how the judgmental chatter, whether it be agism or some other social issue, is found ‘especially on social media.’

And Just Like That, which just wrapped on the upcoming 10 episode season this week, also stars SATC veterans Cynthia Nixon (Miranda), Kristin Davis (Charlotte) and Chris Noth (Mr. Big), among a number of other familiar faces and names.

The revival show is set to premiere on HBO Max in December 2021. 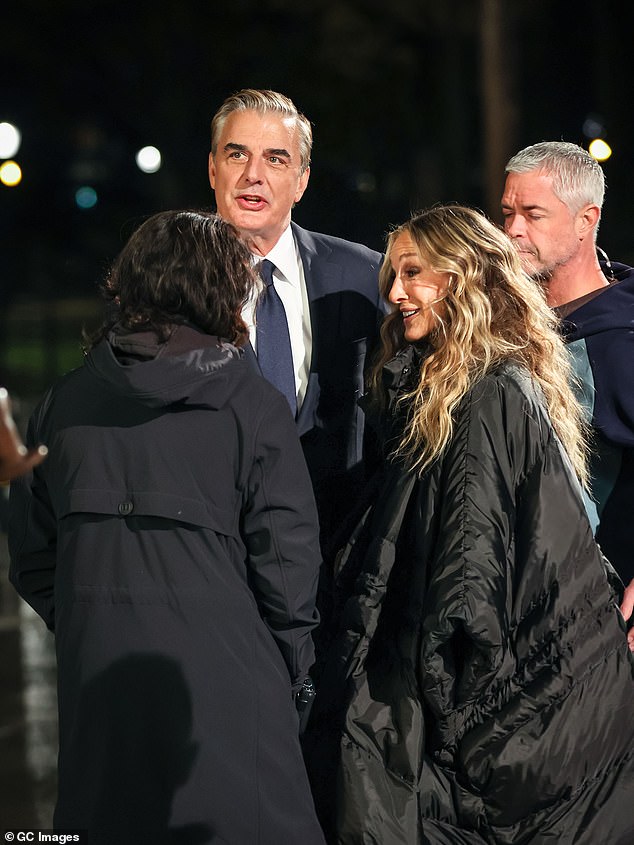 Mr. Big has gone gray: While shooting And Just Like That last week, Parker had her long locks dyed in her typical blonde locks with plenty of soft curls, while Chris Noth’s Mr. Big character went with the graying look