Anchors away! Beyonce and her husband Jay-Z pack on the PDA while soaking up the sun on Jeff Bezos’ megayacht during Italian getaway

Beyonce and Jay-Z were spotted enjoying themselves while relaxing off the coast of Ponza, Italy on Friday.

The 40-year-old singer and her 51-year-old husband were seen packing on the PDA and taking in the scenic ocean views while chilling in a hot tub on Jeff Bezos’ megayacht, Flying Fox.

The happy couple has been romantically involved for nearly two decades, and they currently share three young children. 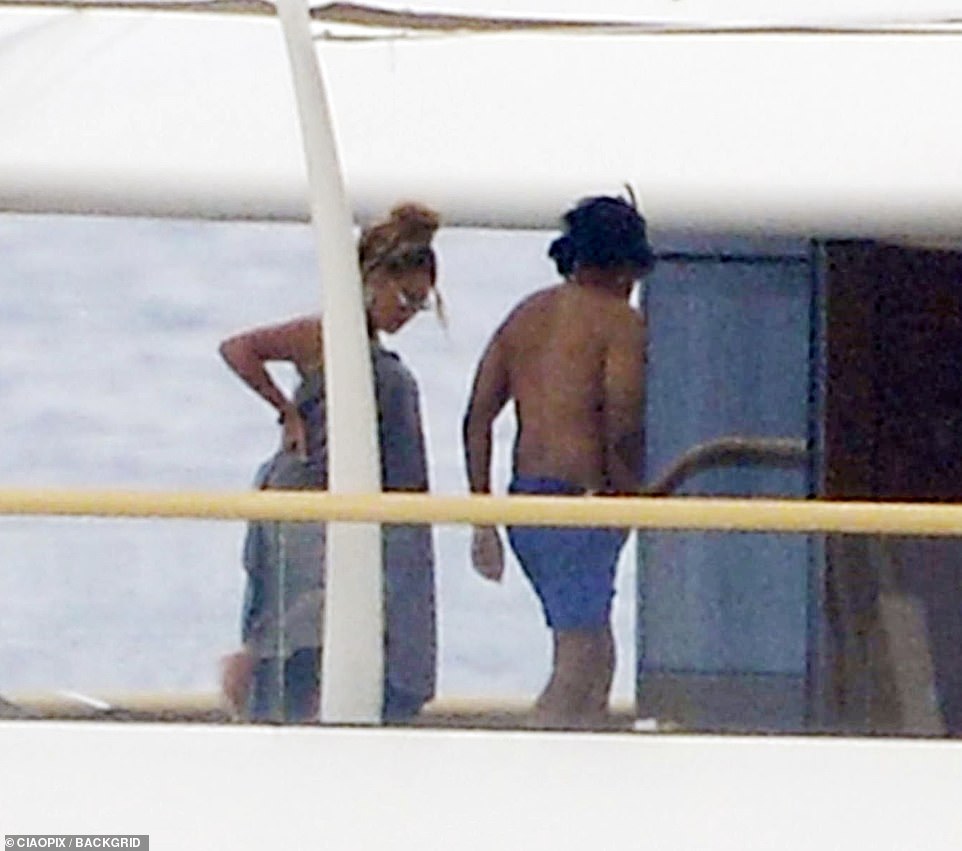 Fun in the sun: Beyonce and Jay-Z were seen spending quality time together while vacationing on Jeff Bezos’ megayacht off the coast of Ponza, Italy

Beyonce kept it casual during the boating excursion and wrapped a towel around her shapely form after getting out of the hot tub.

The Single Ladies singer kept her gorgeous light brown hair tied back in a loose bun and sported a pair of sunglasses.

Jay-Z opted for a pair of light blue trunks while he spent time with his wife.

The happy couple was seen holding each other close while they sat together, and at one point, the rap mogul planted a kiss on his spouse’s head. 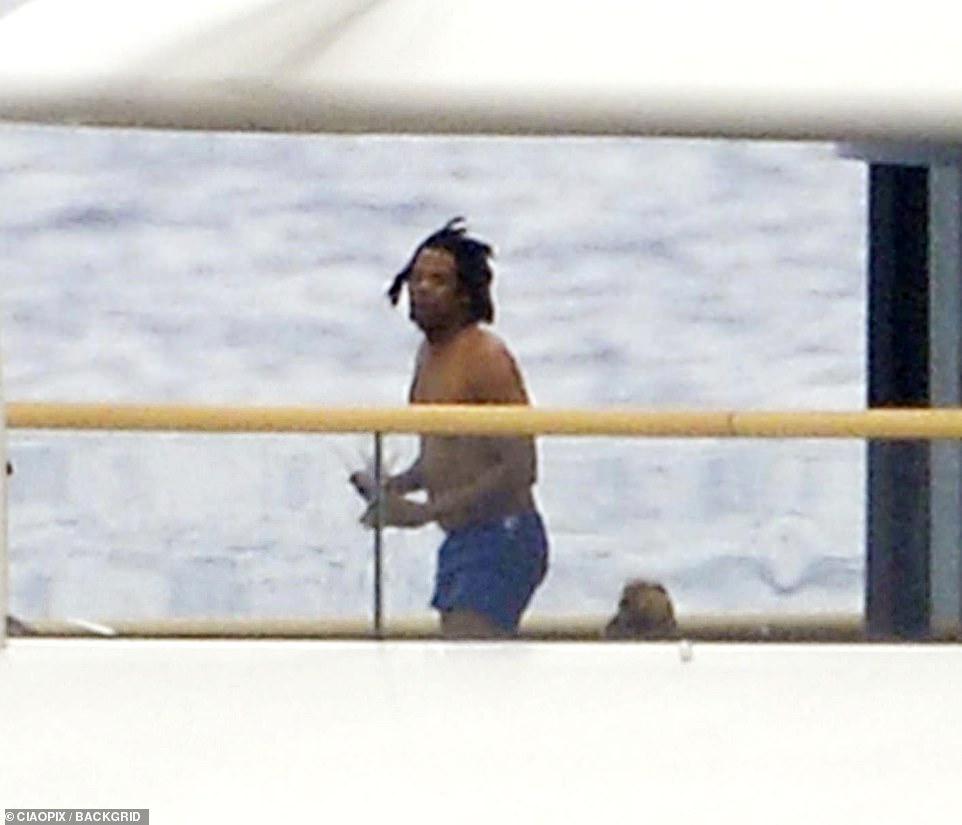 Dressed for the weather: The rap mogul sported a pair of light blue trunks while spending time with his wife 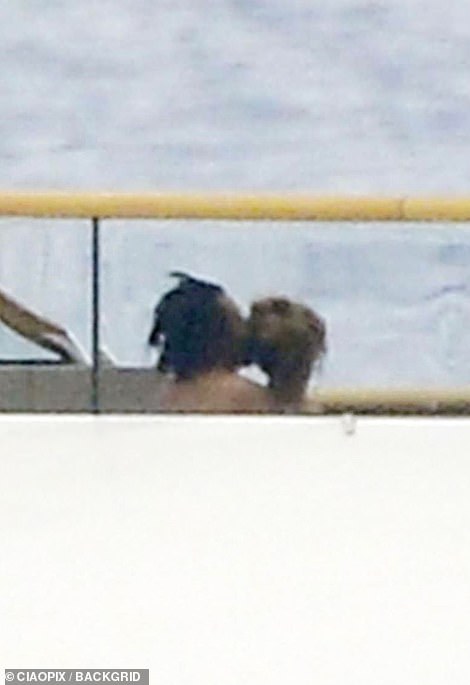 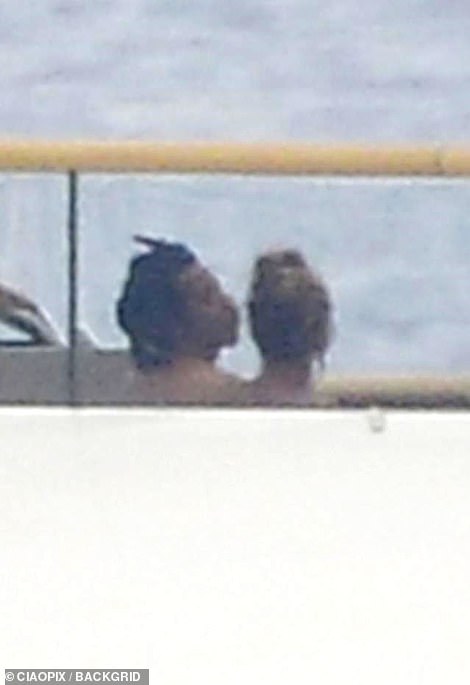 Luscious locks: Beyonce’s gorgeous hair was tied into a loose bun during the boating trip. At one point, Jay-Z was seen planting a kiss on the side of his wife’s head

Several of the happy couple’s pals were also spotted spending time together on one of the megayacht’s many outdoor areas.

The happy couple initially met when the Love On Top singer was just 18 years old, although they did not pursue a relationship at the time.

They remained in close contact for much of the early 2000s and later collaborated on the track ’03 Bonnie & Clyde. 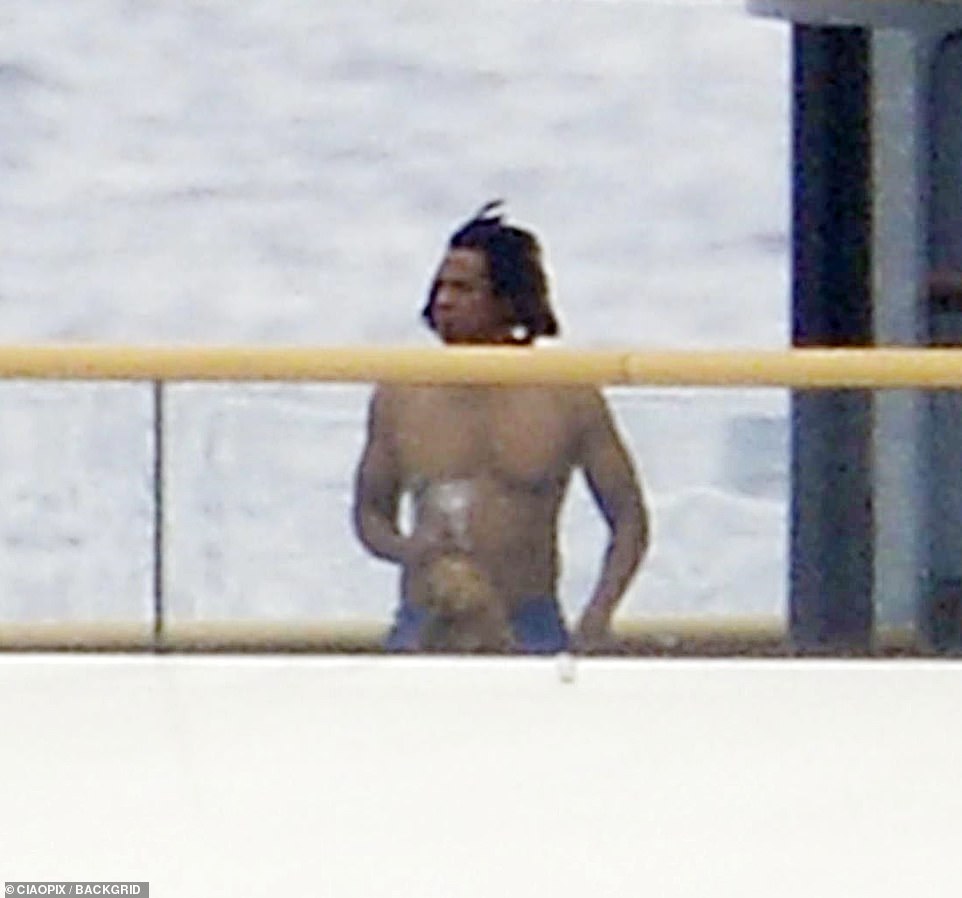 Not alone: Several of the performers’ friends joined them on the boating trip 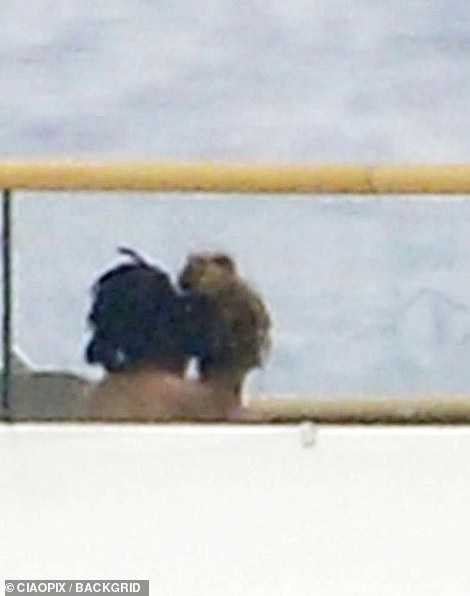 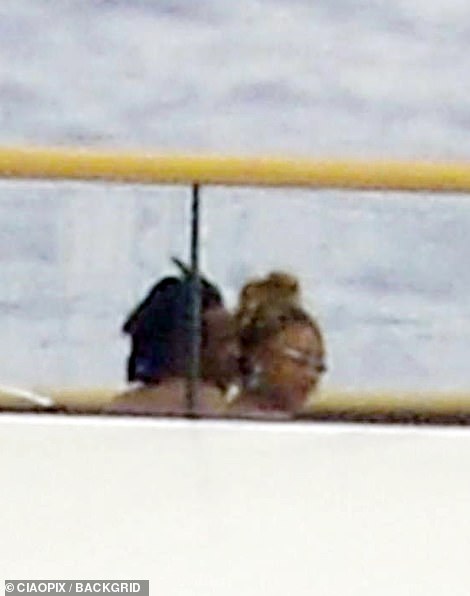 Starting off strong: The pair initially met when Beyonce was just 18 years old. They later collaborated on the track ’03 Bonnie & Clyde

Beyonce and Jay-Z collaborated several times over the course of the decade while working on their burgeoning relationship.

The pair went on to tie the knot during a 2008 wedding ceremony, and they initially kept details about their union withheld from the public.

Three years later, the Grammy-winning singer announced that she was pregnant with the couple’s child during her performance at the MTV Video Music Awards. 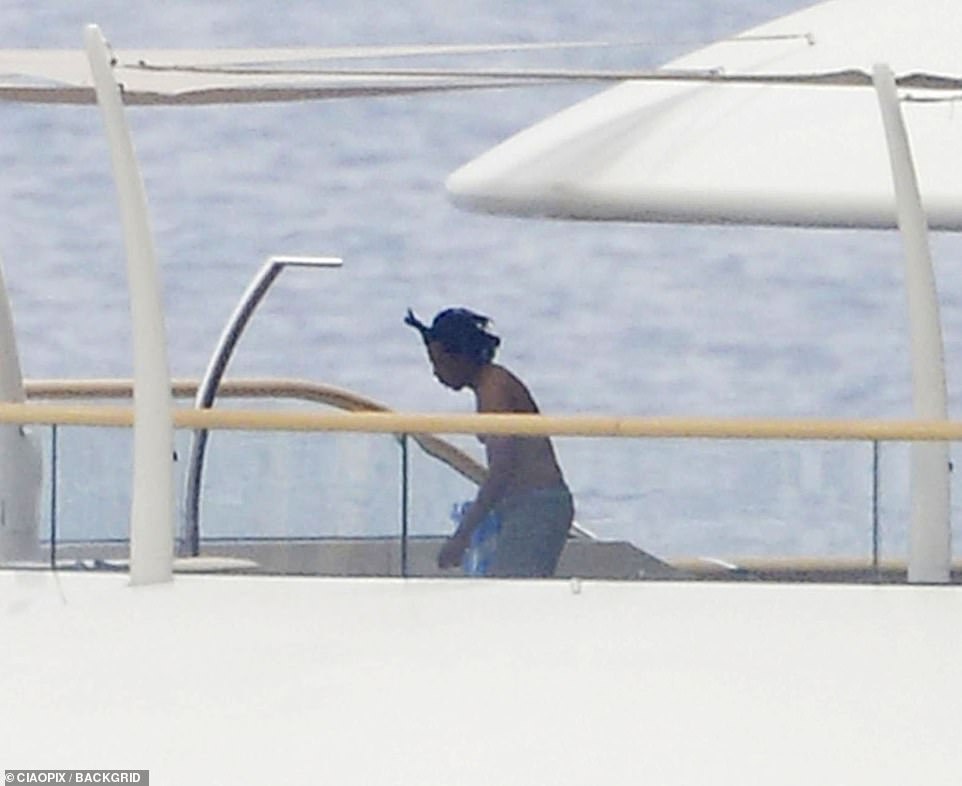 Making it official: Beyonce and Jay-Z later tied the knot in 2008, although they initially kept the details about their wedding withheld from the public 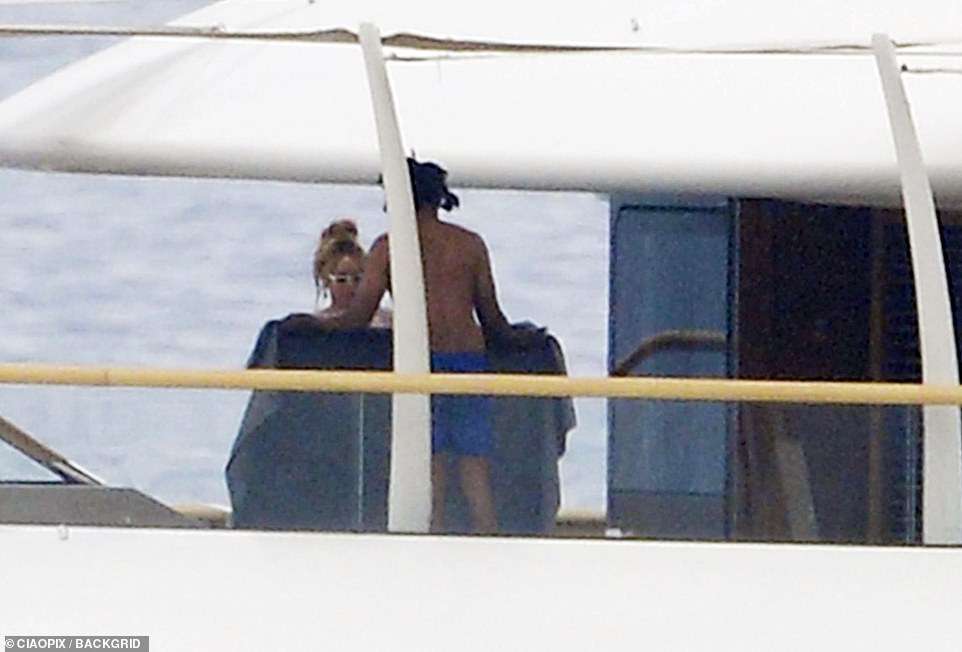 Starting a family: After announcing that she was pregnant during a high-profile performance, the singer gave birth to her first daughter, Blue Ivy, in 2012

Although the pair went through a rocky period in the mid-2010s when the rapper fielded multiple accusations of infidelity, which were later confirmed, although they remained together and collaborated on several projects.

In February of 2017, the happy couple announced that they would be welcoming a pair of twins in the near future.

The two later added a son named Sir and a daughter named Rumi to their family in June of that year. 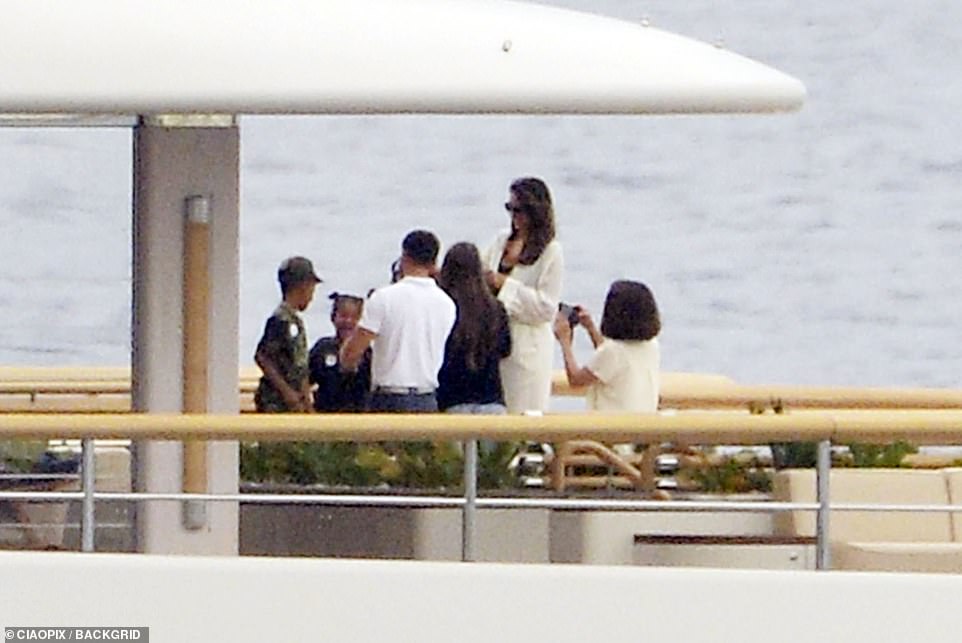 Adding more: The couple later welcomed a son named Sir and a daughter named Rumi in 2017

During an interview with Vogue, Beyonce noted that she had experienced much emotional pain throughout her relationship, and as a result, she had grown as a person.

She told the media outlet: ‘I’ve been through hell and back, and I’m grateful for every scar.’

The performer noted that many of her personal hardships had left lasting marks on her long after any specific incident occurred.

‘I have experienced betrayals and heartbreaks in many forms. I have had disappointments in business partnerships as well as personal ones, and they all left me feeling neglected, lost, and vulnerable,’ she said. 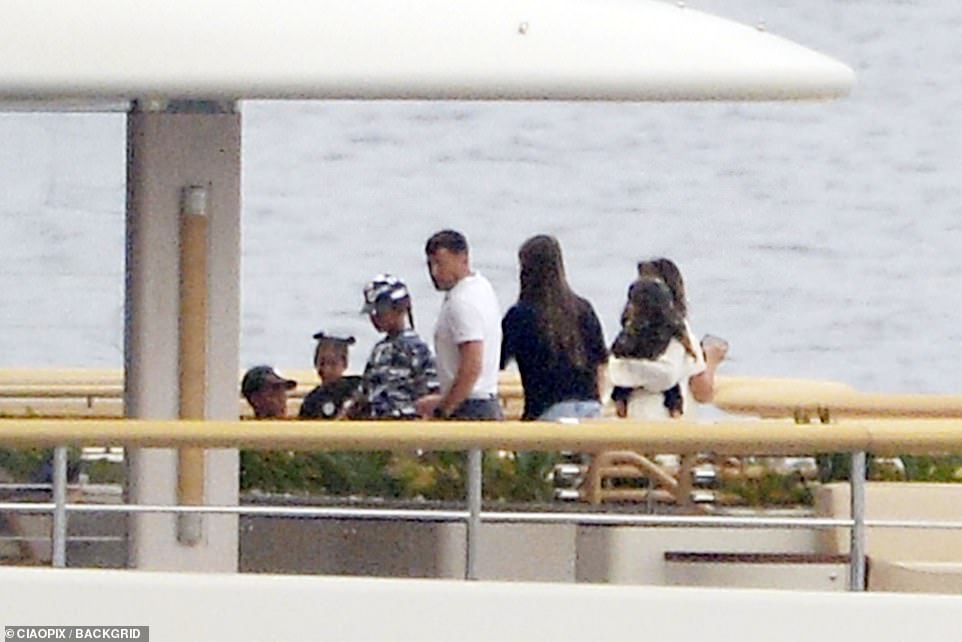 Doing her time: During an interview with Vogue, Beyonce noted that she had ‘been through hell and back’ with regard to her personal relationships

However, the Crazy In Love singer noted that she had dusted herself off after every incident, stating: ‘through it all I have learned to laugh and cry and grow.’

Beyonce concluded the interview by expressing that she had become a much more well-rounded person after going through each hardship. 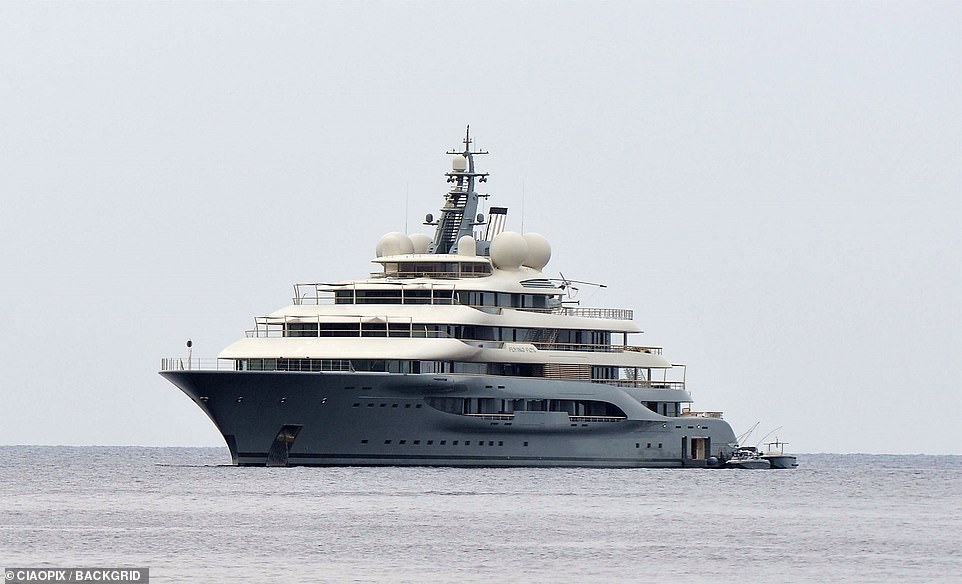 Picking herself up: Beyonce also pointed out that, although she had faced much adversity in her personal life, she had ‘learned to laugh and cry and grow’