The love remains strong between Ryan Reynolds and Blake Lively. The two left their kids at home for a romantic hand-in-hand stroll through New York City.

Sometimes, even though you love your kids to pieces, you gotta get away from them and have a quiet bit of “adult time.” Blake Lively and Ryan Reynolds did precisely that on Wednesday (May 19). The couple decided to take in the sunny New York City weather and go for a stroll through the Tribeca neighborhood in Manhattan. As they held hands for this walk, Blake, 33, wore a sundress that was perfect for the late spring/early summer weather. Blake had put her hair up in a messy ponytail and accessorized the look with some gold, including the chain attached to her protective face mask. Very “CDC-approved chic,” no? 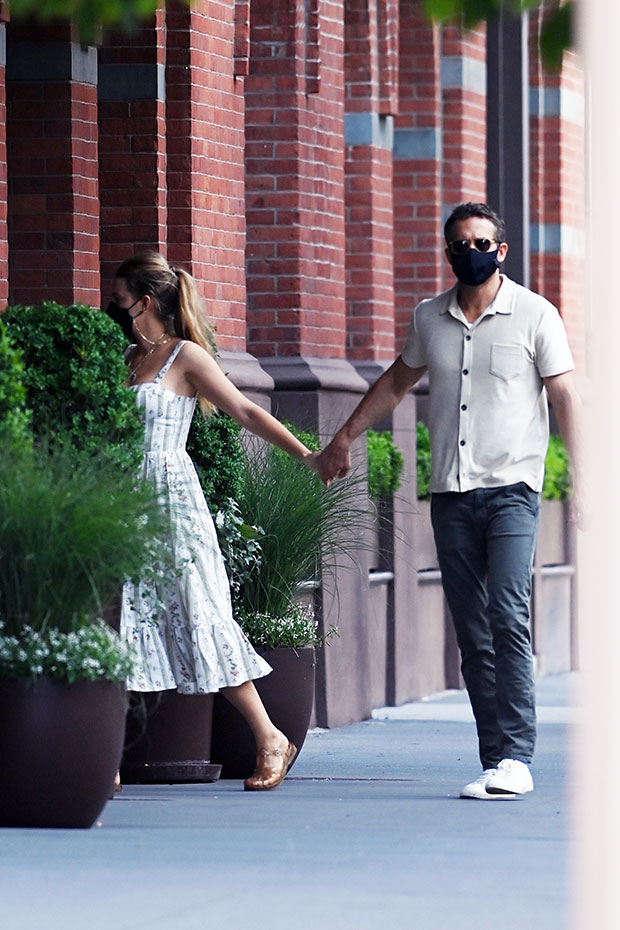 Ryan, 44, also captured that late-May vibe with his outfit. The Deadpool star wore a muted beige button-down – short-sleeves to show off the “guns” – that he paired with gray slacks, white shoes, and a stylish set of sunglasses. It was a perfect outfit for his date with Blake. The couple went to grab some lunch, sans their children (daughters James, 6, Inez, 4, and 1-year-old Betty), before heading back to their upscale apartment in the trendy NYC neighborhood. It was a quick and perfect way to spend a Wednesday before heading back to the hustle and bustle of being parents (and to being two of the biggest names in Hollywood). 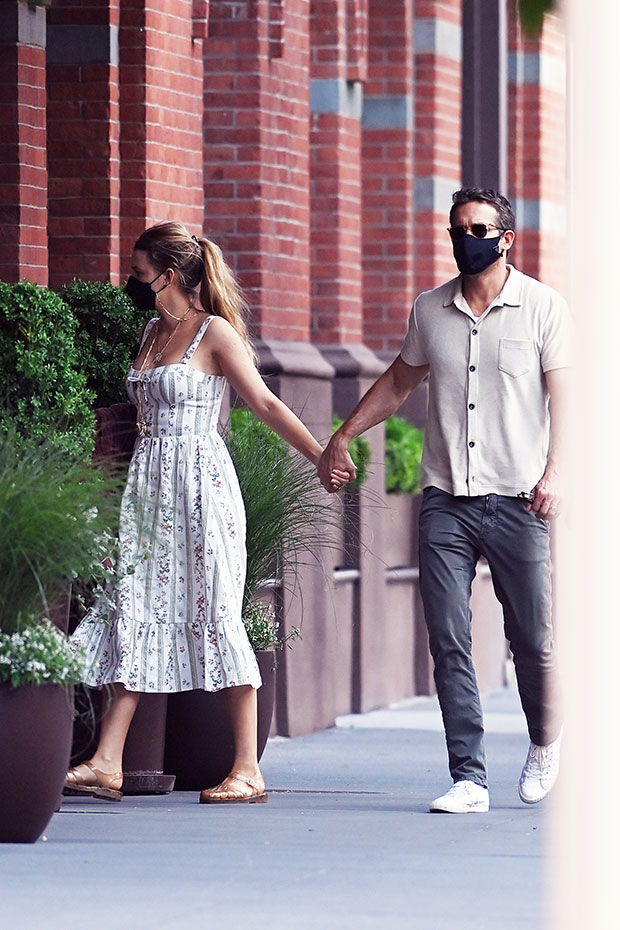 A week before this “parents lunch date,” Ryan took James out for some “daddy-daughter” time. Ryan held James’ hand as they took a walk through the streets of the Big Apple. James ported a pink dress and an aquamarine backpack, suggesting she was coming back (or headed to) school. It was just one of the more recent family outings that Blake and Ryan have enjoyed while spending time in NYC. In April, Ryan carried Inez on his shoulders while walking the family dog.

“I love being a girl dad,” Ryan told Access Hollywood in November 2020. “I have three daughters, which I never in a million years would’ve imagined. I come from all boys. I have three older brothers — I’m the youngest of four boys, so for me to have three daughters has just been such a ride, and I love every second of it… If anything got crazy or scary in my life, they’re the first people I would lean on because they have wisdom and strength, and they’re calm under fire.”