Brad Pitt has dubbed George Clooney and Paul Newman the ‘most handsome men’.

The Bullet Train star, 58, joked that he had to pick his Ocean’s co-star and close pal, Clooney, 61, as the hottest male on the planet right now, while late Hollywood icon Newman, who was 83 when he died in 2008, is his choice for the past because of how he ‘aged so gracefully’.

Asked by Vogue who the ‘most handsome men in the world past and present’ are, Pitt replied: ‘You know in the acting world because it’s my day job… the immediate go-to is Paul Newman. Because he aged so gracefully.’ 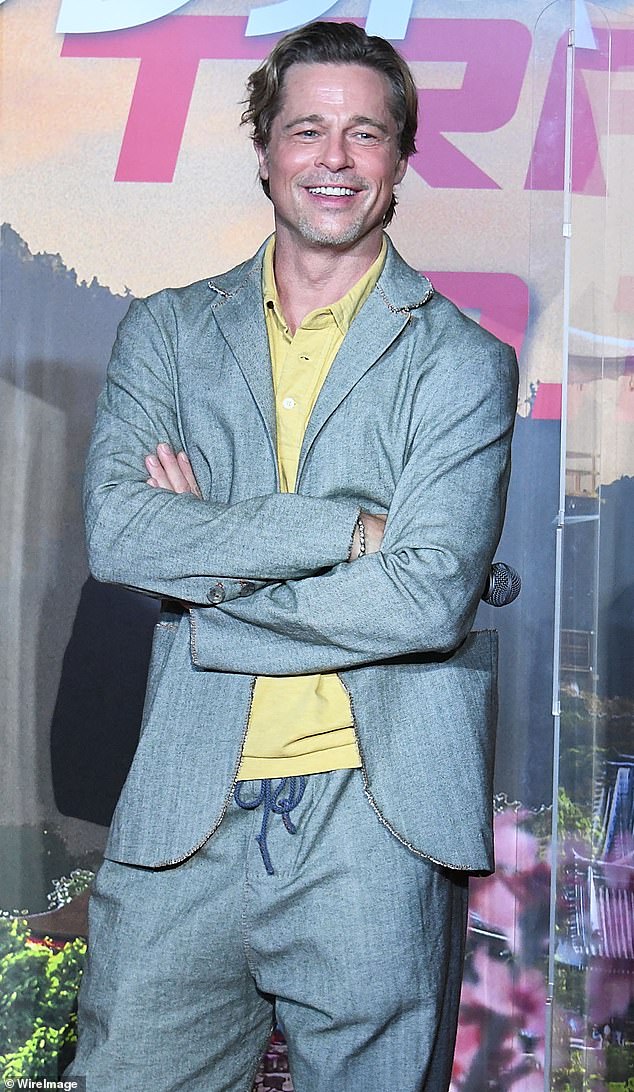 His likes: Brad Pitt told Vogue this week who he thinks are the most handsome movie stars of all time; seen in August in Japan

The star also said, ‘And by all reports [he was] a really special, giving, warm and truthful human being.’

Speaking about silver fox Clooney, he quipped: ‘If I was gonna name someone present, well I gotta name that George Clooney f***** because why not?’

He added: ‘Because usually, I’m always taking him out, and he’s always taking me out. And this time, I’m gonna go the other way, just this once.’

The pair are known to poke fun at each other. 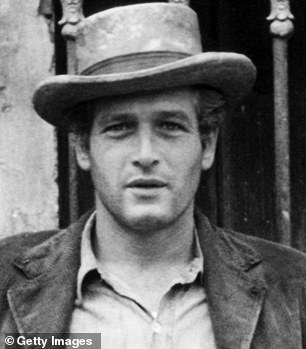 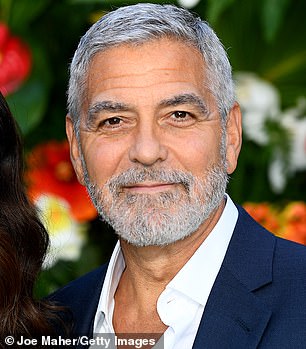 Last year, Clooney joked that he was really looking forward to working with ‘cheap’ Pitt again.

He said: ‘He’s a friend of mine and we have a really good time together. I’m really looking forward to it.’

Clooney then quipped: ‘Brad was obviously the cheapest of the actors available.’

Meanwhile, the pals look set to reunite with Matt Damon for a new Ocean’s movie. 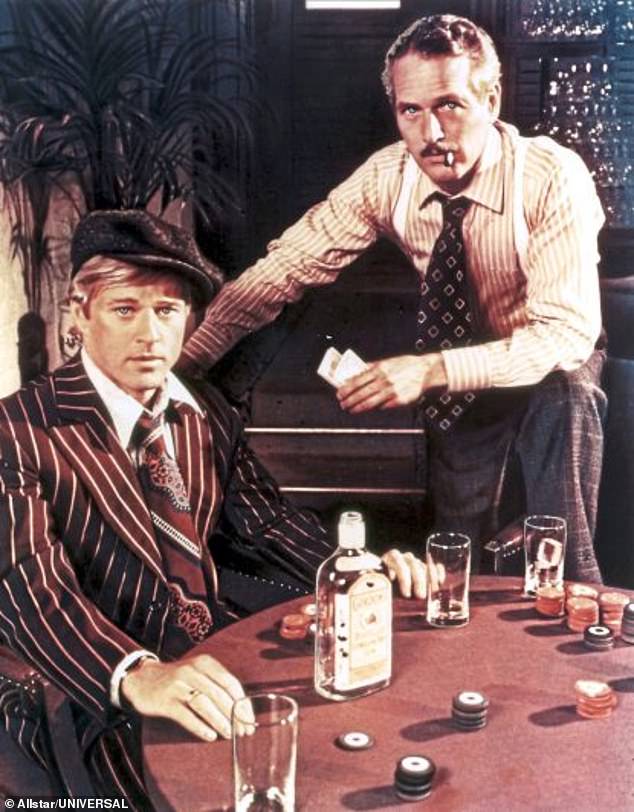 Another hit film: Paul, right, with Robert Redford, left, in The Sting in 1973 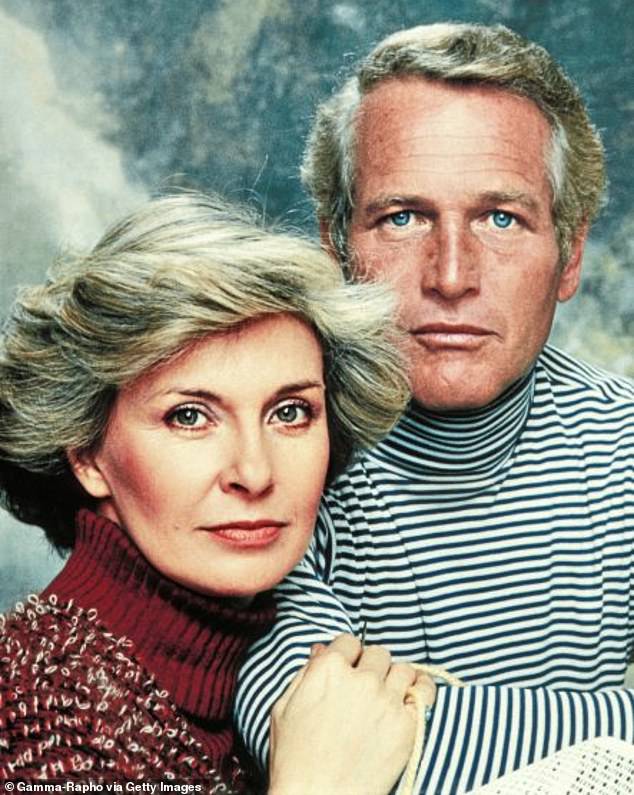 He had a long, happy marriage: With his actress wife Joanne Woodward

The Hollywood trio previously starred together in the 2007 heist movie, Ocean’s Thirteen, and they’re now poised to reunite for the latest film in the money-spinning franchise.

A source told The Sun newspaper last week: ‘Rumours of a film starring George, Brad and Matt have swirled for years but the timing was off and their jam-packed schedules meant that it was just not possible.

‘Finally the right team for the job has come together in a bid to make it a huge success and the main stars thought it would be good fun to revisit.

‘The franchise is hugely popular and the brilliant storyline was an opportunity that was too good to miss.’ 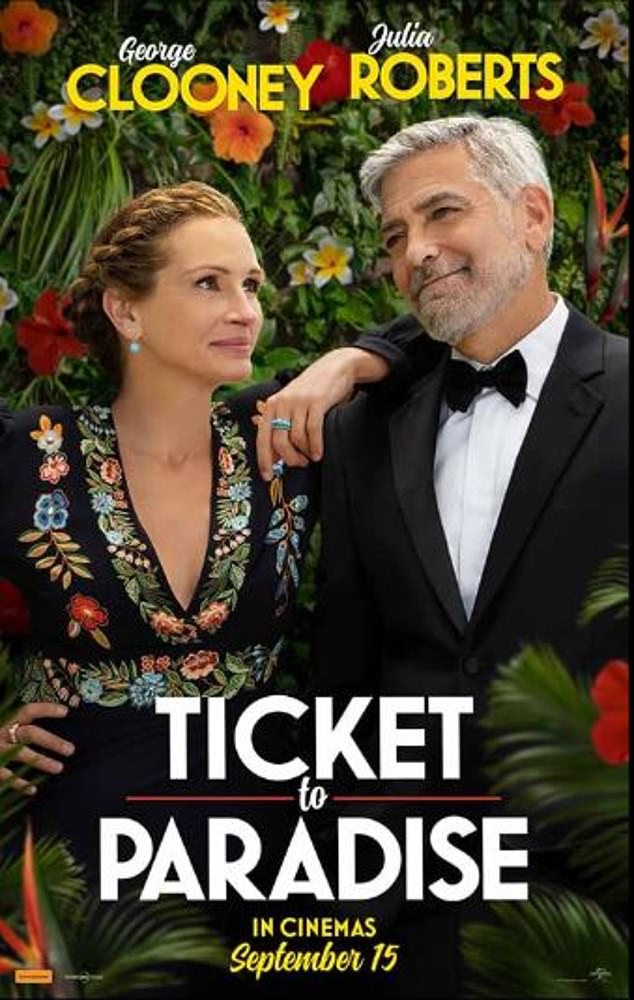 Next for George: The actor is starring with Julia Roberts on the film Ticket To Paradise

Meanwhile, his ex-wife Angelina Jolie is set for yet another humanitarian effort as she will be visiting Pakistan which has been ravaged by floods amid a devastating humanitarian crisis.

The International Rescue Committee (IRC) said in a statement on Monday that the 47-year-old actress will be arriving in the South Asian country to draw attention to the natural disaster which is threatening the lives of millions.

Jolie ‘is visiting to witness and gain understanding of the situation, and to hear from people affected directly about their needs, and about steps to prevent such suffering in the future,’ according to the statement. 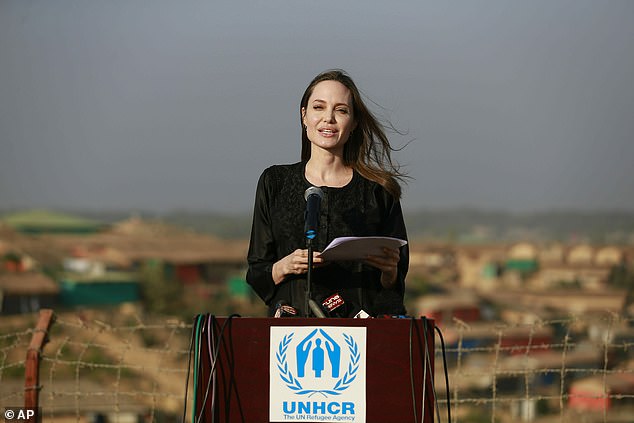 Good heart: Angelina Jolie (seen in February 2019) is set for yet another humanitarian effort as she will be visiting Pakistan which has been ravaged by floods amid a devastating humanitarian crisis 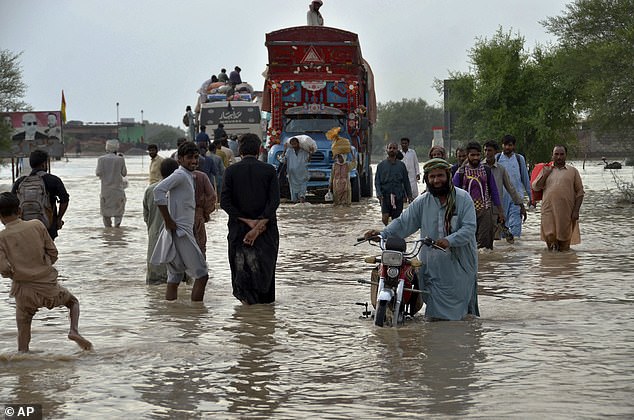 Tragic: The floods were caused by a record of monsoon rains and melting glaciers in Pakistan’s northern mountain regions which have submerged a third of the country’s land (this is a photo taken in Nasirabad last month)

The floods were caused by a record of monsoon rains and melting glaciers in Pakistan’s northern mountain regions which have submerged a third of the country’s land.

The death toll from the deluge itself has touched 1,559, including 551 children and 318 women, which does not include the disease deaths, the country’s disaster management agency said.

An intense and long monsoon dumped around three times as much rain on Pakistan than on average in recent weeks, flooded large swathes of the country.