‘Decisions are being made out of fear’: Brian May blasts ‘woke’ BRITs for dropping gender categories and says Queen wouldn’t be considered diverse enough if they formed today

Brian May has launched a scathing attack at The BRIT Awards’ controversial decision to abolish male and female categories for its ‘woke’ 2022 event.

The musician, 74, said it has been made ‘without a lot of thought’ and believes if Queen were a new band emerging in the charts today, they would not be considered diverse enough.

Brian, who has won four BRITs with the group, slammed organisers for making decisions ‘out of fear’ and thinks the gender-neutral gongs will have long-term consequences. 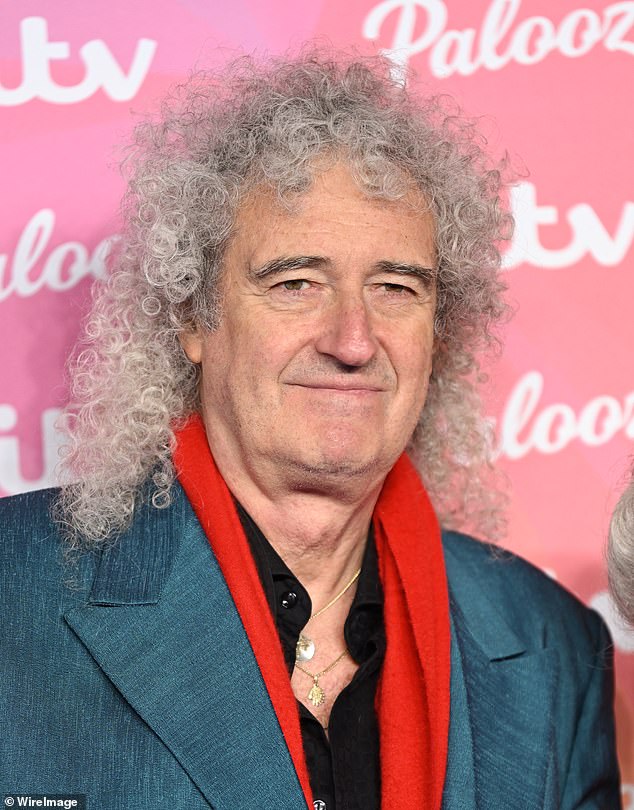 ‘Decisions are being made out of fear’: Brian May has launched a scathing attack at The BRIT Awards’ controversial decision to abolish male and female categories for its ‘woke’ 2022 event

In an interview with The Sun on Tuesday, Brian said: ‘I feel very uncomfortable about some of the decisions that are being made, often out of fear because people are so afraid of being called out. It is a horrible atmosphere.

‘I get so sick of people trying to change things without thinking of the long-term consequences, some of these things are improvements and some are not. Some of them are depriving people.’

Brian went on to say he believes Queen wouldn’t be considered diverse enough to make it in the industry today, regardless of their talent as a group. 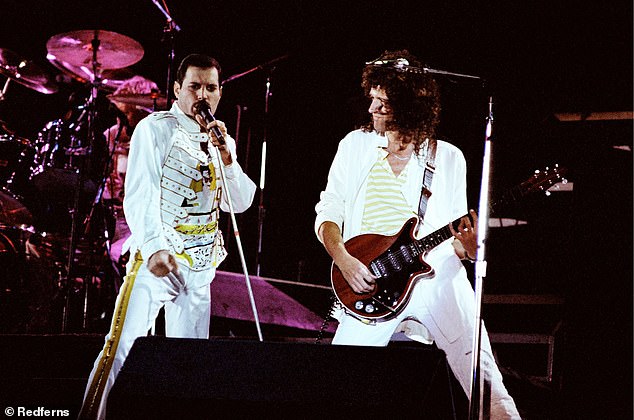 Opinion: Brian said: ‘I am sure if Queen started now we would be forced to have people of different colours and different sexes and a trans [person]’ (pictured in 1986) 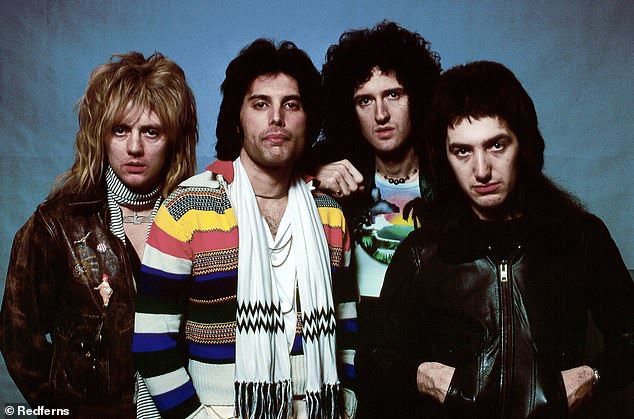 Music legends: The musician, 74, said it has been made ‘without a lot of thought’ and believes if Queen were a new band emerging, they would not be considered diverse enough

The band, who have sold more than 90 million albums, was fronted by the late Freddie Mercury who embraced his sexuality.

The singer’s parents were from the Parsi community of western India.

Brian said: ‘I am sure if Queen started now we would be forced to have people of different colours and different sexes and a trans [person], but life doesn’t have to be like that. We can be separate and different.’

The Don’t Stop Me Now hitmaker said nobody cared ‘Freddie wasn’t white’ when the band was formed because he was their ‘friend, brother and a musician’. 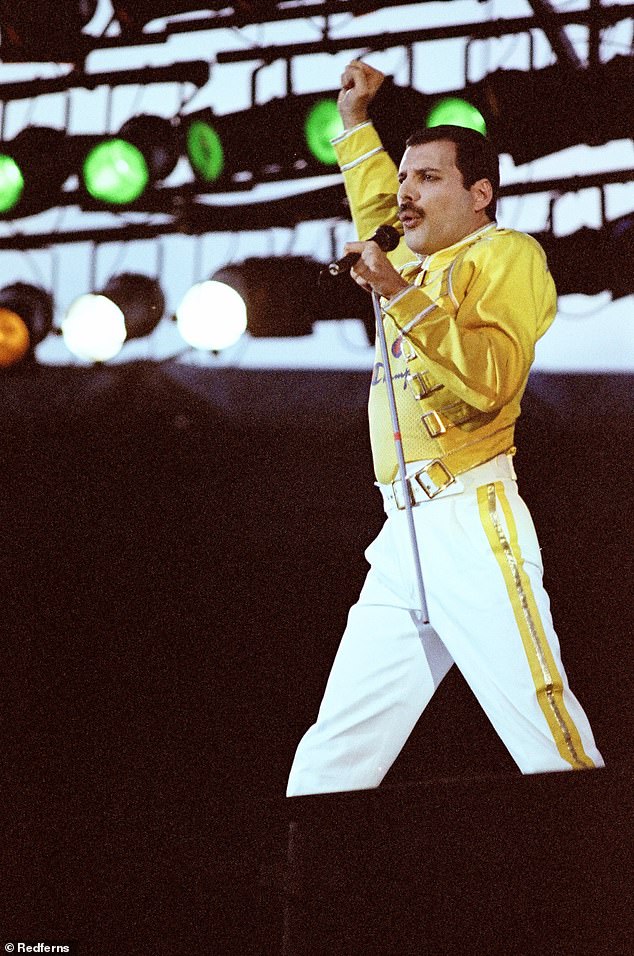 Unimpressed: Brian said it was ‘frightening’ how the ‘woke’ culture would have made the band think first if Freddie was ‘right colour or right sex’ if the band was formed today (pictured 1986)

Brian said it was ‘frightening’ how the ‘woke’ culture would have made the band think first if he was ‘right colour or right sex’ over his musical talent if Queen came about in the modern age.

Organisers have divided opinion with some outraged by the decision to switch to gender-neutral gongs for the first time in its history.

Bosses claimed the move was in a bid ‘to be as inclusive and as relevant as possible’ and allowed people to enter who do not identify as a man or woman.

But fans blasted the change as ‘woke drivel’, with many calling for a boycott of next year’s show.

All change: The Brit Awards have scrapped male and female categories ahead of their ‘woke’ 2022 ceremony in order to ‘celebrate artists solely for their music and work’

The Brits’ ‘woke’ 2022 award categories will include:

The 2022 ceremony will feature four new awards, which will all be decided by public vote – alternative/rock act; hip hop/grime/rap act; dance act and pop/R’n’B act.

Meanwhile the song of the year prize will recognise the featured artists, rather than just the lead artists or named collaborators.

The changes come after singer Sam Smith – who identifies as non-binary – put organisers under pressure to scrap male and female categories earlier this year.

The three-time winner said: ‘Music for me has always been about unification not division.

‘I look forward to a time where awards shows can be reflective of the society we live in.’

This was slapped down by event planners at the time because it risked ‘being counterproductive to diversity and equality’.

But in a huge volte-face today, Brit chair Tom March announced the dumping of the long-established category names.

He said: ‘It is important that The Brits continue to evolve and aim to be as inclusive as possible.

‘It feels completely the right time to celebrate the achievements of artists for the music that they create, and the work that they do, irrespective of gender.’

Popstar: Sam Smith, who won the critics’ choice prize in 2014 and identifies as non-binary, using the pronouns they/them, has previously called for the move (Pictured at the 2020 event)

March added: ‘I’m really excited to launch four new genre awards, which create even more opportunities for artists to be acknowledged for the brilliant music they create and produce, and give music fans the chance to get involved and vote to support their artists and help them to win a Brit.

‘The 2022 show is shaping up really well, Mo is going to be an excellent host and I am thankful to him along with Clara and Maya for being part of this year’s Brits.’

But fans and commentators were livid with the changes, blasting the move as ‘woke drivel’.

Malcolm Clark, a TV producer and trustee of LGB Alliance, a charity that advocates for lesbians, bisexuals and gay men to define themselves as same-sex attracted told MailOnline: ‘While we’ve always loved a bit of gender bending, it’s silly to deny that the different categories reflected the fact women and men often have experiences that are as distinct as their voices.

‘We often see sex being erased by organisations who claim on no evidence that it somehow harms the LGBT community.

‘Of course, the best way to find out would be ask us whether we want to remove separate sex categories.

Songstress: Dua Lipa poses in the media room with the Mastercard Album award for Future Nostalgia and the Female Solo Artist award during The BRIT Awards 2021

‘Unfortunately, there does not appear to have been a consultation about whether the public – LGB or straight – want this.’

Dale Hammond, from Guernsey, said: ‘Well I will be scrapping watching the Brit Awards then.’

One woman slammed the move as ‘woke, bilge water’ and said the awards were ‘no longer for me’.

A man added on social media: ‘The Brit awards obviously want their lowest rating this year.’

In August, singer Will Young, who has pushed for the change, said he thought it would be ‘really difficult to have just one category because less people would win.’

He told The Independent’s Millennial Love podcast: ‘I only know of a couple of artists who identify as non-binary in the UK who would be up for Brit awards. How much does something move around?

The Brits voting academy is made up of around 1,200 music industry experts across media, artists, labels, publishers, promoters, retailers and more.

The awards will be hosted by Mo Gilligan in the place of fellow comedian Jack Whitehall.

‘We’re already in the extensive planning stages and all I can say is, I promise we’re going to give it all we’ve got to create an incredible night for music fans everywhere. Let’s go!’

The nominations show The Brits Are Coming will be hosted by Clara Amfo and Maya Jama, who will also host the red carpet show.

Jama said: ‘I am so excited to be back on presenting duties for the BRITs 2022! I remember watching the show growing up and still can’t quite believe I get to be a part of it.

‘The BRITs Are Coming’ TV special on ITV has always been one of my favourite shows, it’s such a big celebration, everyone is on top form and I love seeing so many of my favourite people within the music industry come together for such an incredible night.’

Amfo added: ‘It is such an honour and pleasure to be part of The BRITs presenting team for 2022.

‘The spirit of celebration from the artists to the viewers is really special and I’m so excited for everyone to see more memories being made on the red carpet and stage in February!’

The Brit Awards 2022 will air on ITV on February 8 live from the 02 Arena in London.