Happy for her! Kevin Federline’s camp sent good vibes to Britney upon news of her pregnancy. The pop star announced she was expecting Monday.

Britney Spears‘ former husband Kevin Federline is wishing his ex all the best. The singer/dancer, 44, broke his silence on Tuesday, Apr. 12, one day after Britney, 40, announced she expecting a child with fiance Sam Asghari.

Kevin offered several kind words in a statement via his attorney to E! News. “Kevin is aware of the recent posting by Britney regarding her announced pregnancy and wishes her a happy and healthy pregnancy,” attorney Mark Kaplan said in a statement.”[He] congratulates her and Sam Asghari as they go through the excitement of planning parenthood together.” 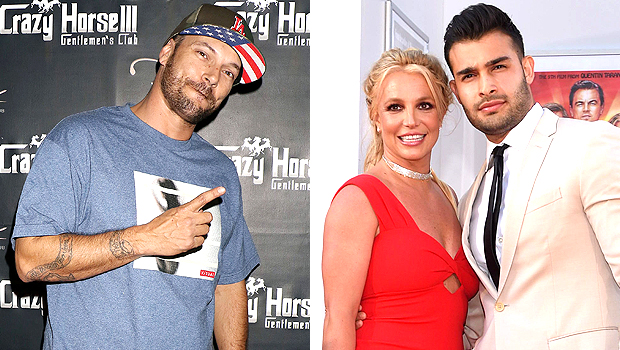 Kevin and Britney wed in Sep. 2004 after just 5 months together. Their romance, which was documented in the 5-episode reality relic Britney And Kevin: Chaotic, eventually fizzled out and the pair filed for divorce in Sep. 2004. They share teenage sons Sean Preston, 16, and Jayden, 15, who Kevin has primary custody of.

Britney thrilled fans when she announced she was expecting on Apr. 11, 2022 via Instagram. Husband-to-be Sam confirmed the news not long after in his own gushing social media post.

Britney Spears Over The Years: Photos Of Her Transformation

The Iranian actor shared a watercolor illustration of a pair of lions and their cub along with a message about family and fatherhood. “Marriage and kids are a natural part of a strong relationship filled with love and respect. Fatherhood is something I have always looked forward to and I don’t take it lightly. It is the most important job I will ever do.”

Britney has been vocal about her desire to start a family with Sam. Back during a June 2021 court hearing, she plead with the judge saying, “I want to be able to get married and have a baby. I was told right now in the conservatorship I am not able to get married or have a baby. I have an [IUD] inside of myself so I don’t get pregnant. They don’t want me to have children, any more children.”