Brooklyn Beckham and Nicola Peltz Get Married in Star-Studded Wedding 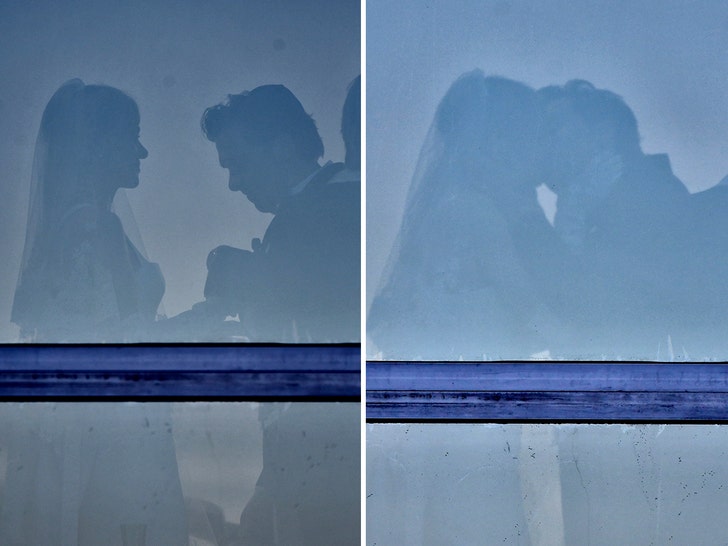 Brooklyn Beckham and Nicola Peltz pulled out all the stops for an off-the-hook wedding, and lots of celebs were there to watch.

The son of David and Victoria Beckham strolled down the aisle at the family estate in Palm Beach Saturday night, and man, who wasn’t there?

The bash costs a reported $4 mil, and maybe more.

They tied the know under a chuppa festooned with flowers … honoring Nicola’s Jewish roots. BTW … David’s maternal gramps was also Jewish.  After they said their vows, they smashed a glass enveloped in a napkin … another Jewish tradition.

As for the best men … Brooklyn chose brothers Romeo and Cruz. Nicola’s sister, Harper was a bridesmaid.

The Beckham’s erected a ginormous white tent on their lawn which has a spectacular ocean view.

The dinner was dished out by famed chef Thierry Isambert … he was President Bill Clinton‘s cook so can’t be too shabby.

And we haven’t confirmed … but it looks like Snoop Dogg may have DJ’d the reception. He told The Mirror, “Brooklyn’s wedding is going to be a big affair and my gift to him and his wife-to-be is I will come down and do a set for them on their big day.”

Nicola, who appears in “Transformers: Age of Extinction,” has not only taken Brooklyn’s name … she has it tattooed on her back!