‘I had six posters of her on my wall!’ Carl Woods, 31, reveals he was a HUGE fan of girlfriend Katie Price, 42, as a teen… but ‘couldn’t stand’ her wild Jordan persona

Katie Price’s boyfriend Carl Woods has revealed that he used to have posters of the star on his walls as a teen, even though he ‘couldn’t stand’ her wild ‘Jordan’ alter ego.

Carl, 31, has been in a relationship with the former glamour model, 42, since July after coordinating a meeting through a mutual pal in Essex, following a decade and a half of admiring her from afar.

And in a new interview with Closer, he has revealed that while he was taken by her looks, he wasn’t the biggest fan of Katie’s onetime hard-partying ways. 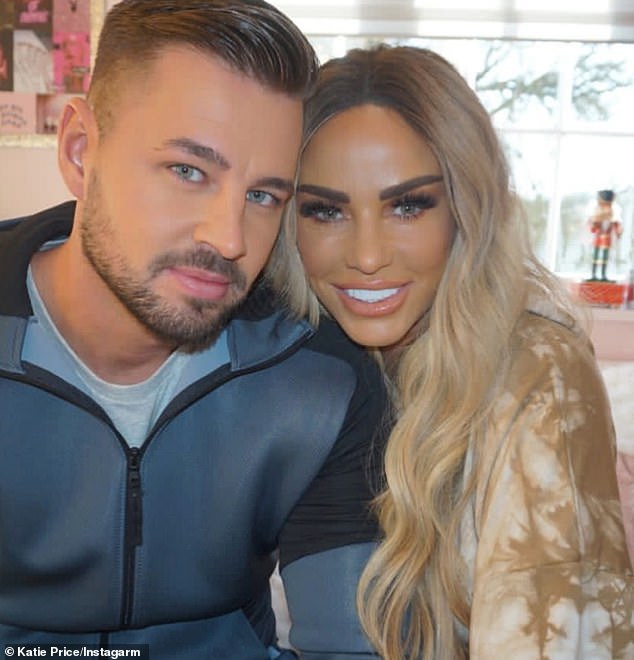 Conflicted fan: Katie Price’s boyfriend Carl Woods has revealed that he used to have posters of the star on his walls as a teen, even though he ‘couldn’t stand’ her wild ‘Jordan’ alter ego

He confessed: ‘I’ve known her since I was 15 – she just didn’t know it then. I had about six posters of her on my wall! But it’s funny because the reality is even better than the fantasy; Katie is a lot more “me” than the old Jordan would have been.’

Noting her changed personality, he added: ‘Now she isn’t drinking and being wild. She has settled down and we enjoy a quiet family life. In truth, if I’d met Katie a few years ago when she was going through that stage, we wouldn’t have worked out.

‘People call me her toyboy, but I’ve got an old head, whereas she has a young head, so we balance each other out.’ 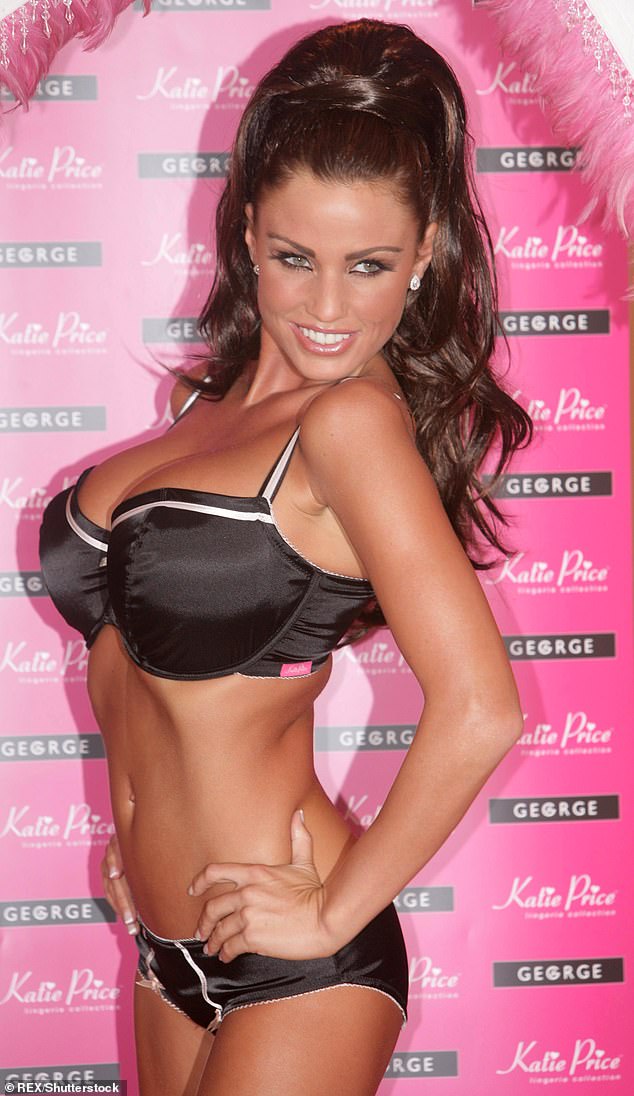 Showing how much things have changed for Katie, the mother-of-five spent her first Christmas sober last month, recently admitting that she didn’t even think about having a drink during the festive celebration.

And Carl has since revealed that he has stopped drinking in solidarity with the TV personality.

Taking to Instagram, the car dealer shared a snap of his Heineken alcohol-free beer as he enjoyed an evening at home amid the third COVID-19 lockdown.

He joked that it was ‘about to get wild’ in their household as both Katie and Carl continued their sobriety into the New Year. 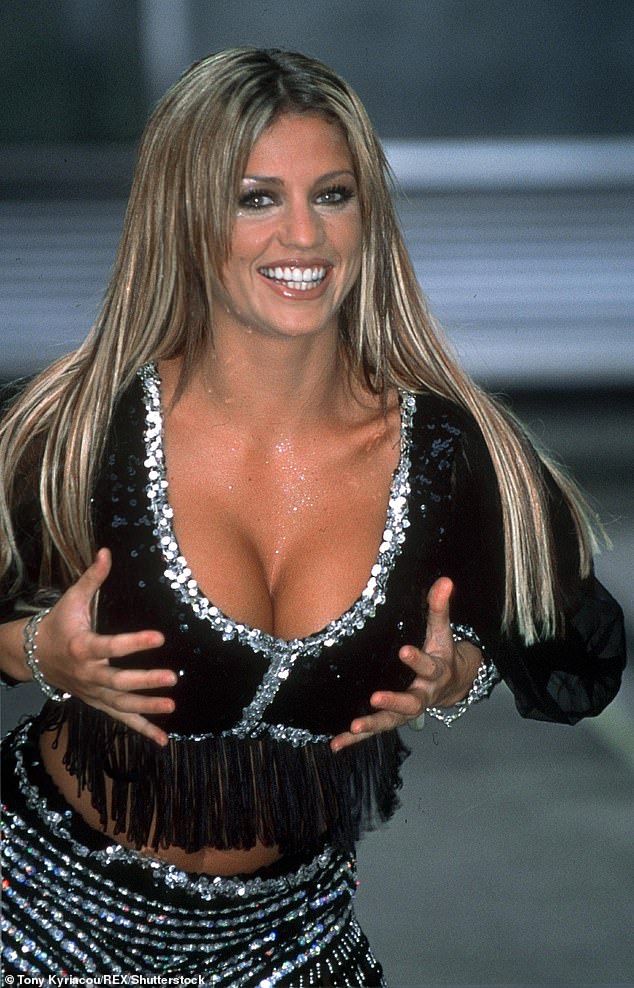 Delightful: In a new interview with Closer, he has revealed that while he was taken by her looks, he wasn’t the biggest fan of Katie’s onetime hard-partying ways. Pictured in 1999

Alongside the snap, Katie’s beau of six months penned: ‘When she don’t drink no more so neither do you. It’s about to get wild @katieprice’

His pledge comes soon after Katie admitted that she spent her first Christmas sober, saying it makes her ‘sick’ thinking back on her past decisions.

She also opened up about her decision to seek professional help and become an inpatient at The Priory – which she described as ‘the best thing she’s ever done’.

The TV personality bravely told The Sun that she got to ‘breaking point’ where she felt she ‘couldn’t cope’, but thankfully had a wake-up call and put herself into rehab. 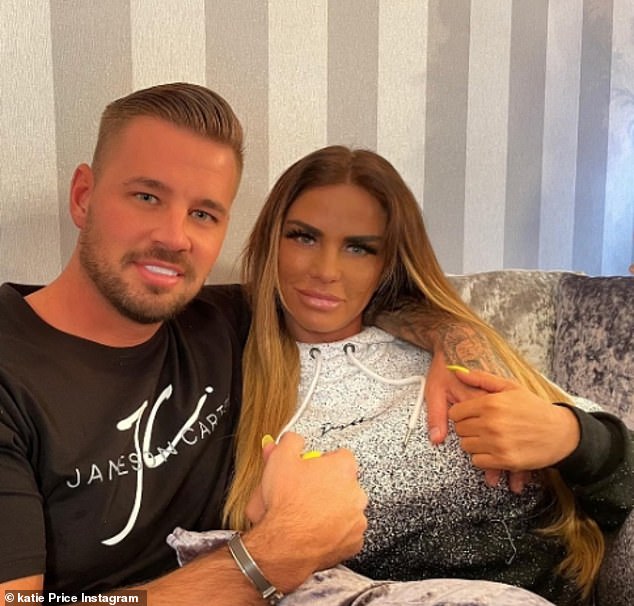 Whirlwind romance: Carl, 31, has been in a relationship with the former glamour model, 42, since July after coordinating a meeting through a mutual pal in Essex

And now, Katie said that there is now no alcohol in her house at all and proudly admitted that she didn’t think about having a drink on Christmas day this year.

The TV personality was also declared bankrupt in November 2019, after the High Court found she had failed to stick to a plan to repay her debts, estimated to be around £800,000.

Speaking about her bankruptcy, Katie quipped to that the presents were from Santa due to her finances, joking her home was like Father Christmas’ grotto.

Katie and her loved ones enjoyed a Christmas meal of pizzas this year as she wanted to focus on spending time with her five children and Carl instead. 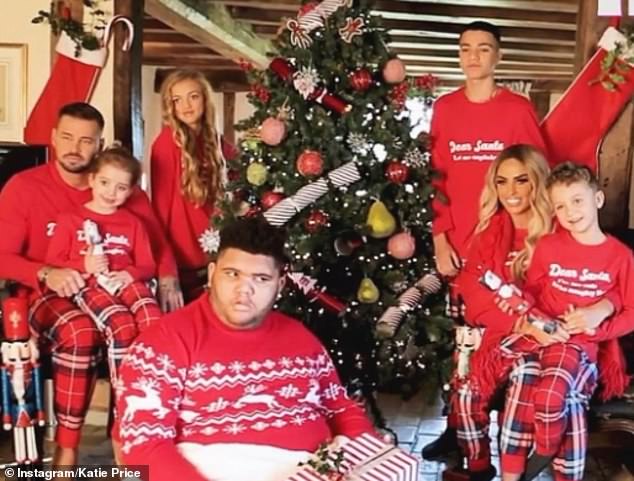 Sober: Katie recently said that there is no alcohol in her house at all and proudly admitted that she didn’t think about having a drink on Christmas day this year (pictured with her children)

The media personality has also opened up about her efforts to conceive a child with Carl, revealing she had hoped to see in 2021 pregnant.

She sparked rumours that she was pregnant with her sixth child, after she revealed that she has embarked on a course of folic acid.

But Katie has insisted that she is not already pregnant, but is taking the pregnancy supplement for ‘a bit of help’ after it was ‘recommended by a friend’.

She said that she is ‘desperate’ to have another baby and is tracking her ovulation dates with app Maya to try and make this happen. 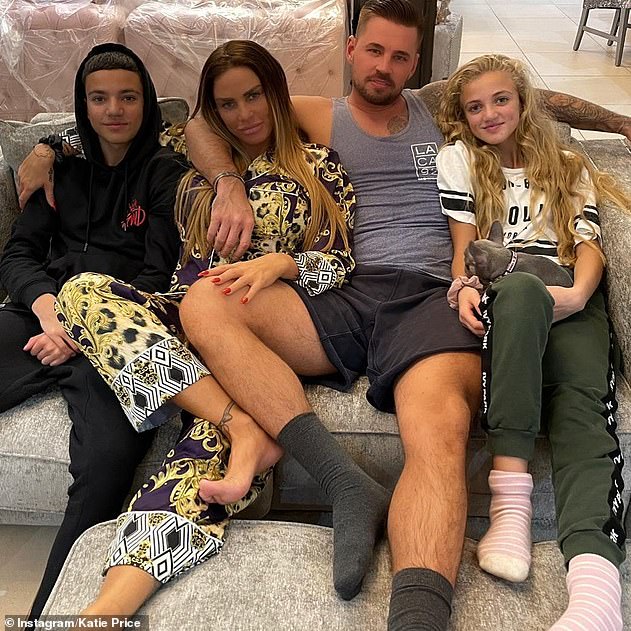 Ring: Carl reportedly spent £10,000 on an engagement ring for Katie in October and will ask her son Junior, 15, for his permission to marry her (also pictured: Katie’s daughter Princess, 13)

She told The Sun: ‘I’m not pregnant yet so I’ve started taking these supplements – they were recommended by a friend.

‘I’ve never had to take anything to try and get pregnant before but I’m obviously older now so I need a bit of help – I’m desperate for another baby.’

She started taking supplements after she did not fall pregnant over Christmas, as she previously said she would find out on December 29 when her period was due.

Earlier this month, she fuelled rumours that she was pregnant with her sixth child after sharing a snap of a bottle of folic acid on her Instagram.

Alongside the picture, she teased: ‘Yep it’s that time, get ready @carljwoods. I love you boo.’

Folic acid is the synthetic form of folate, a naturally occurring B vitamin long known to help prevent birth defects when taken regularly by pregnant women.

According to the NHS: ‘If you’re pregnant or trying for a baby, it’s recommended you take folic acid until you’re 12 weeks pregnant. It helps your baby grow normally.’

The TV star has been utterly inseparable from her new beau Carl since they went public with their romance in July. 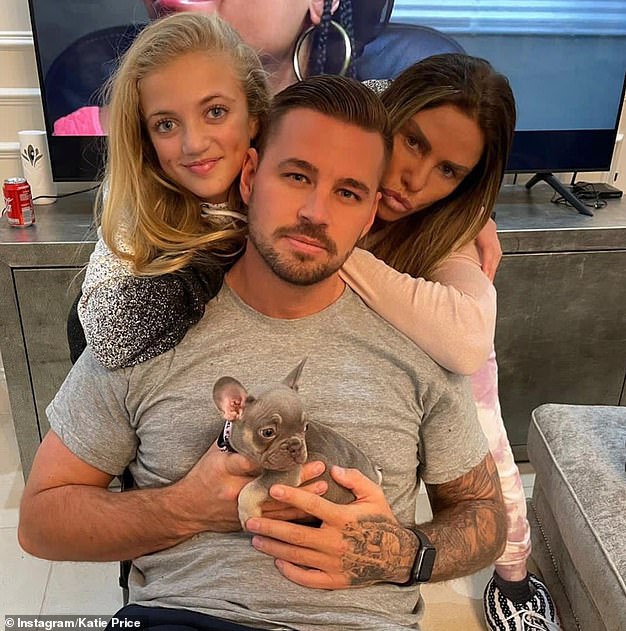 Wedding bells: Katie recently revealed that Carl has big plans to propose in 2021, after he did not pop the question at Christmas as it is ‘too cliché’ (both pictured with Princess)

Speaking of their relationship, she recently told The Sun: ‘It’s all happened really fast but I know Carl is the man for me, he’s the one.’

She continued: ‘It would be amazing to enter the New Year with a baby on the way and a ring on my finger.

‘We’ve been trying — I’ll find out if I’m pregnant on the 29th because that’s when my period is due.’

She explained that Carl did not propose at Christmas as it is ‘too cliché’ but that her boyfriend does have big plans to propose in 2021.

Carl also bragged that when they finally do marry it will be like ‘nothing ever done before’ and plans to send her into floods of tears with his proposal.

It was previously reported that Carl spent £10,000 on an engagement ring for Katie in October and plans to ask her son Junior for his permission to marry her.

And she most recently separated from her third ex-husband Kieran Hayler, who she shares kids Jett and Bunny with, in March 2018 after five years of marriage.

She shares her kids Junior and Princess with Peter, 47, while her eldest son Harvey, does not have a relationship with his biological father, Dwight Yorke.

Harvey was born with disabilities including blindness, Prader-Willi syndrome and ADHA, which makes him ‘very high risk’ amid the coronavirus pandemic. 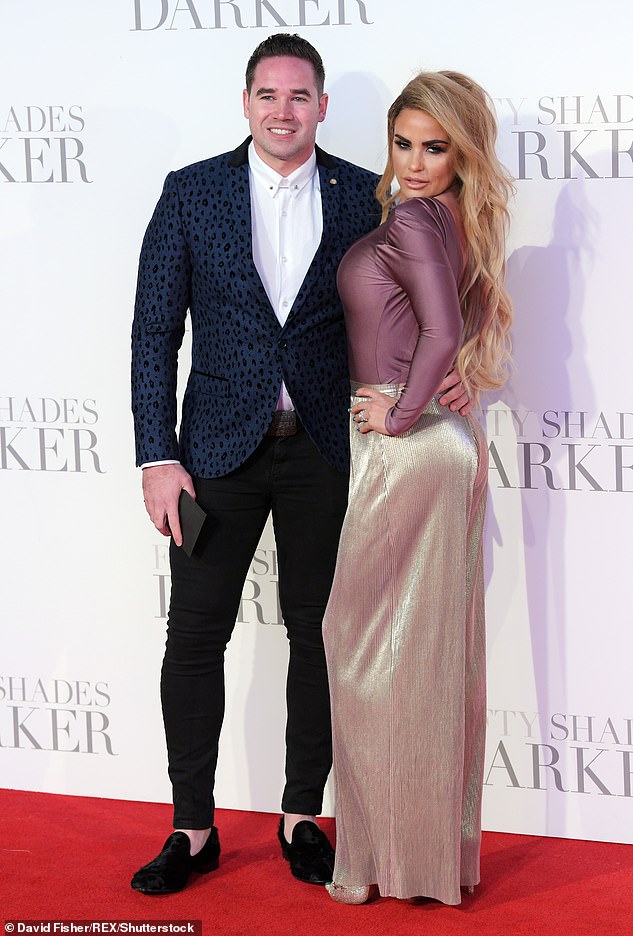