Countdown legend Carol Vorderman, 60, showcased her enviable curves in an illusion print jumpsuit. The mother-of-two confessed it was the only time she “bothered to put on real clothes” as she headed to present the latest broadcast on BBC Radio Wales.

The mathematician took to the micro-blogging site and shared a photo of her outfit which highlighted her sensational curves.

Carol looked chic in the skintight jumpsuit as she beamed for the candid selfie shot.

The black and grey all-in-one featured an illusion design that highlighted her toned physique.

The former Countdown star posed for the photo with her hand on her hip, as her brunette tresses hung down over her shoulders. 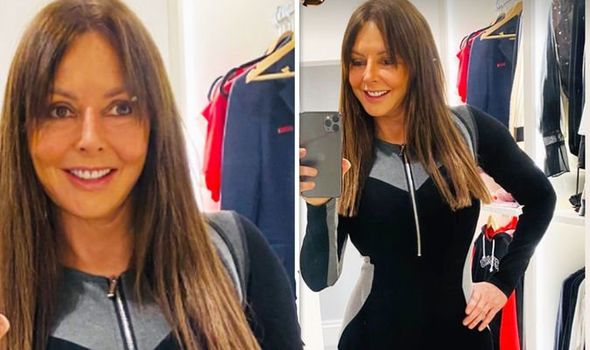 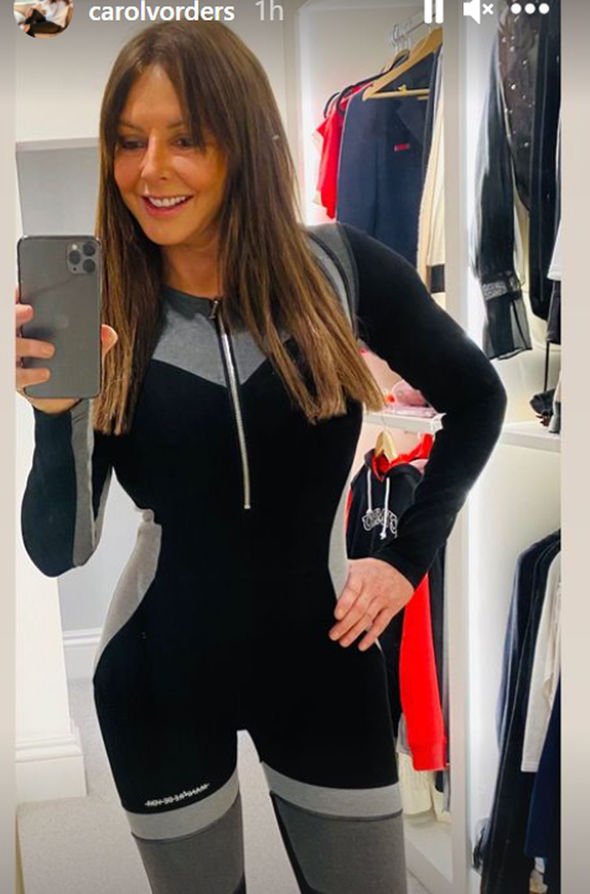 In view of her 458,000 followers, the TV personality captioned the post: “The only time in the week that I bother to put real clothes on (meaning not leggings).

Fans flocked to comment on the snap, as one gushed: “Looking incredible. Keep up the hard work.”

“Vorders! Our Welsh goddess,” another penned, while a third added: “Looking absolutely great as always.” 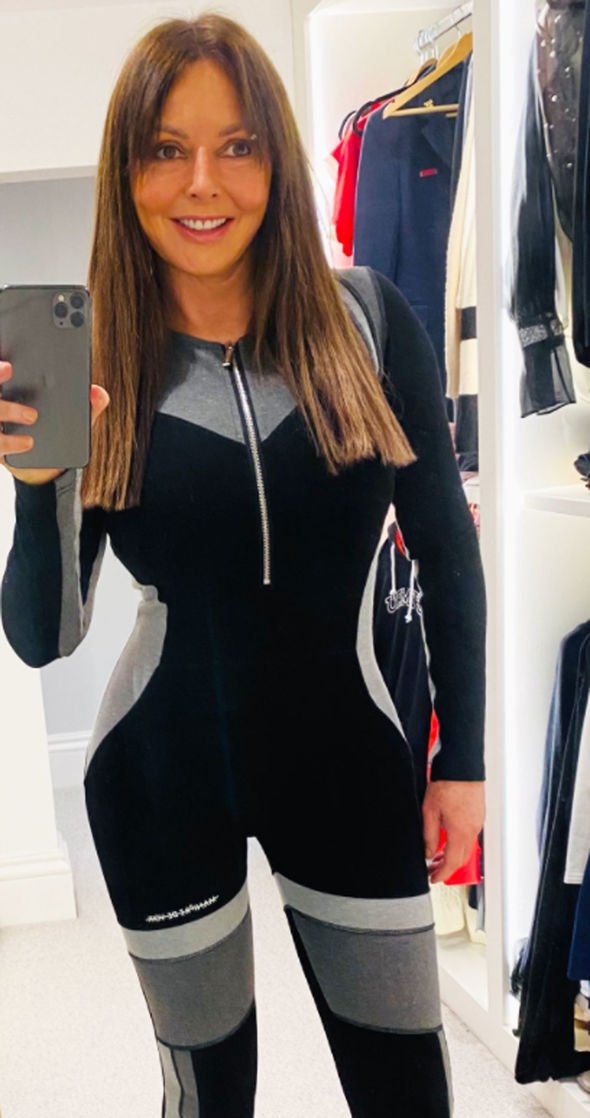 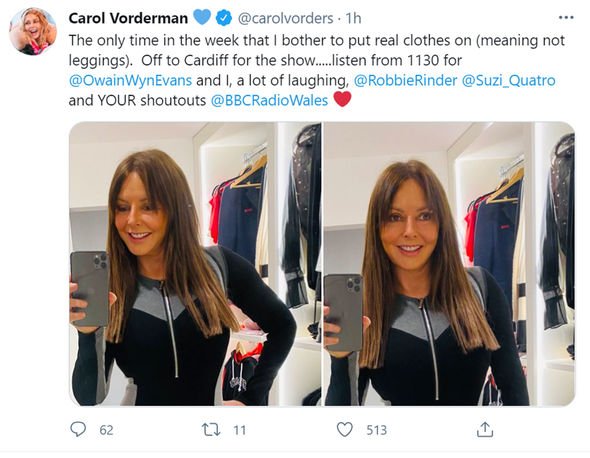 A fourth person remarked: “That actually looks really comfortable Carol, is it weird I want one?”

While a fifth person quipped: “I thought you were going to say you’re off skiing! You look awesome!”

Carol also shared the photo via her Instagram stories before going on-air for BBC Radio Wales.

It comes after the Countdown legend’s pal and The Chase star Mark Labbett said he would date someone like Carol following his marriage split.

“She’s smart, and she and I have a lot of fun together,” Mark told The Sun.

The quizmaster added: “She looks fantastic, you’d never know she was 60.”

The Chase star announced his split from Katie, who is 27 years his junior, back in August.

Carol, who first rose to fame on Countdown, has been married on two occasions, the first to former international rugby league player Christopher Mather in 1985 and later to management consultant Patrick King in 1990.

Meanwhile, Carol asked listeners for their help ahead of the six nations rugby final between her home team Wales against France.

She penned: “So first question for you for today’s show…@BBCRadioWales and a shoutout.

“To help our boys @welshrugbyunion get our @SixNationsRugby GRAND SLAM – we all need to get our LUCKY PANTS on. What are your good luck charms, rituals/superstitions when you want to ride with Lady Luck?”

BBC Radio Wales with Carol Vorderman airs today from 11.30am.