Charlize Theron showed off her beach body while vacationing with her mother and two daughters in Cabo San Lucas over the holiday weekend.

While most other Americans were gaining weight over the Thanksgiving weekend, the “Old Guard” and “Atomic Blonde” actress took to the beach in Mexico with her family to show that she’s somehow keeping quite fit as the holiday season kicks off.

The star was spotted in a yellow, strapless one-piece swimsuit over the weekend as she went for a dip while vacationing with her mother, Gerda, and her two adopted daughters, Jackson and August. In various snaps, the star is seen exiting the water, laughing as she splashes around with her kids.

The Oscar winner takes her role as a mom to adopted kids seriously and isn’t afraid of opening up about her challenges. The star discussed how she approached the topic of racism with her two girls, who are Black, during an appearance on “The Tonight Show with Jimmy Fallon” in July 2020. 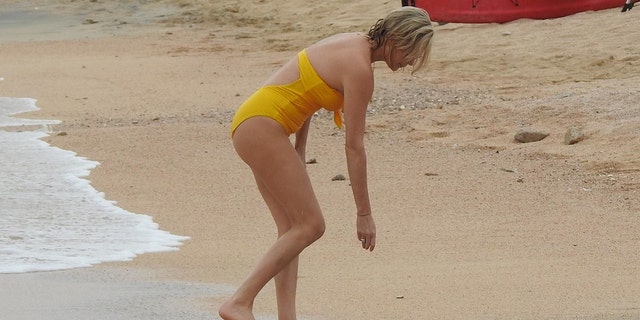 Charlize Theron was spotted swimming with her family in Mexico over the Thanksgiving holiday.
(HEM / BACKGRID)

“The day I became a parent, I vowed that I would always tell them the truth in a way that they could handle. I feel like this is such an important moment for them, for all of us,” Theron, 46, said at the time, noting that kids oftentimes “have an awareness.”

“I wanted them to know what this was all about, what happened to George Floyd and to so many other Black bodies that have died from this violence. I wanted them to have an awareness of how unfair and how unjust all of this is,” Theron added. “I know that there’s a part in telling them some of that ugliness about the world that would make them grow up a little bit faster than they should have or would have normally during this period, but I think this is too important of a moment to not be completely transparent.” 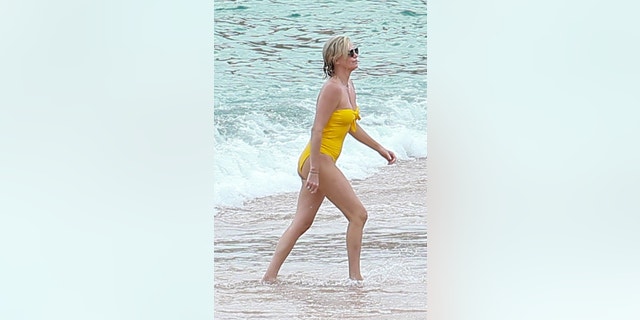 Charlize Theron swam with her kids while on vacation in Cabo.
(HEM / BACKGRID)

The actress said that her daughters took the information “really well,” but that the conversation was “heartbreaking at first.”

“That is really ultimately what it is. How do we allow anything like this to happen on our watch? They really wanted to be proactive and really wanted to know, what can we do?” Theron said.

Theron previously spoke with Entertainment Tonight about raising Black children, explaining that “as a parent, it’s been a difficult time.” 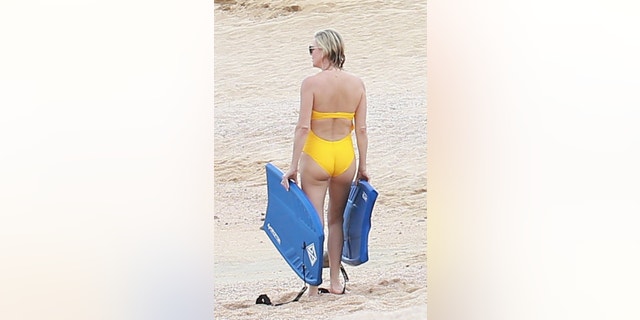 “I think all parents, we want to believe we have time. And the world has kind of shaken me in a way that I realize that I don’t have time,” she said.

“There was a moment where I felt like a little piece of my children’s innocence was taken from them during this period because I had to sit down with them and have really, really hard, honest conversations about some really ugly things in our world today that they need to know. I want them to know because I want to raise two little warriors.”