Chris Brown has reportedly been hit with a new lawsuit accusing him of rape.

An anonymous woman has filed suit against the 32-year-old singer for allegedly drugging her and then raping her on December 30, 2020, according to documents obtained by TMZ.

The filing claims the sexual assault took place aboard a yacht that was docked at Sean ‘Diddy’ Combs’ home on Miami Beach’s Star Island.

DailyMail.com has reached out to representatives for Brown and Combs for comment, but hasn’t yet received any response.

Legal trouble: Chris Brown, 32, is being sued for $20 million by an anonymous woman who claims he drugged and raped her, according to documents obtained by TMZ; seen in 2013 in LA

The Jane Doe, who describes herself as a ‘professional choreographer, dancer, model and musical artist,’ says the ordeal began when a friend of hers was hanging out in the vicinity of Brown.

The two friends were speaking via video chat when Brown allegedly took her friend’s phone and requested that she head to Diddy’s Star Island home as quickly as possible.

Once she arrived, she says that Brown greeted her aboard the yacht and asked her if she would like a drink before motioning her toward the boat’s kitchen area.

The filing claims that he gave her a red plastic cup inside the kitchen that was filled with a mixed alcoholic drink. 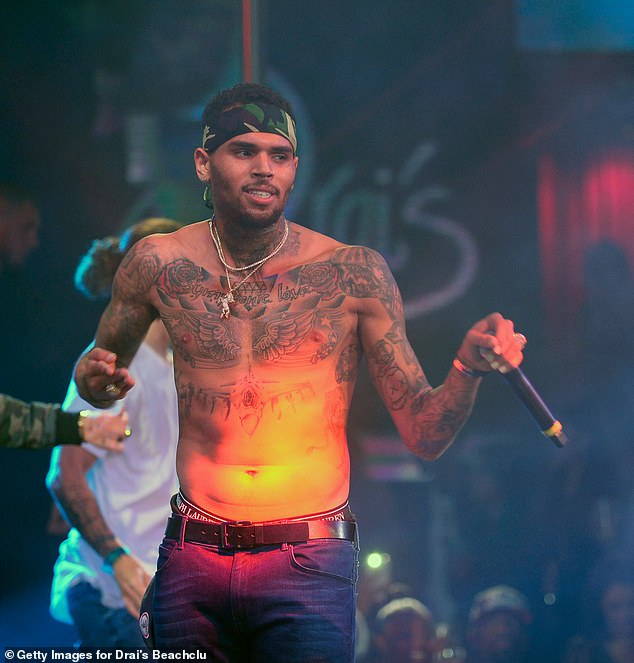 Meet-up: The Jane Doe alleges that she met Brown aboard a yacht docked at the Star Island home of Sean ‘Diddy’ Combs on December 30, 2020, where he proceeded to give her a mixed drink; pictured in 2016 in Las Vegas

After they chatted, the woman claims that Brown refilled her cup. After she began to drink again, she says she started to feel ‘a sudden, unexplained change in consciousness.’

She claims that she felt ‘disoriented, physically unstable, and started to fall in and out of sleep,’ at which point Brown allegedly ushered her into a bedroom.

She says that at the time she felt ‘drugged’ and ‘half-asleep.’

Her filing states that the Beautiful People singer closed the bedroom door and took off her bikini bottoms before he began kissing her.

The Jane Doe alleges that she mumbled for him to stop, but that he proceeded to rape her. 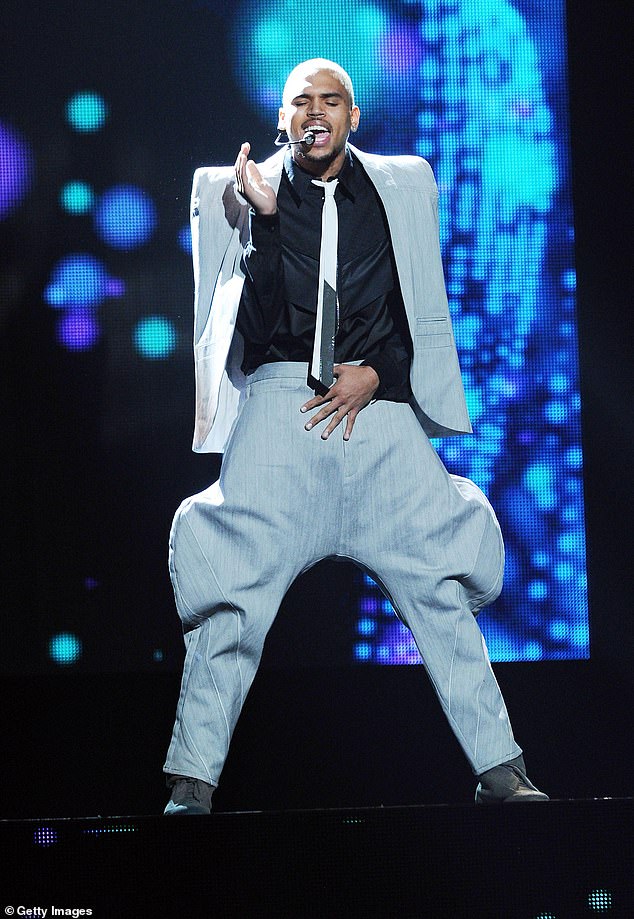 Dark encounter: The woman claims she began to feel ‘disoriented’ after Brown refilled her drink. She says he led her to a bedroom, undressed her and began to rape her after she ‘mumbled’ for him to stop; seen in 2011 in LA

After he climaxed, he allegedly got up quickly and said he was ‘done.’

The filing claims that Brown contacted the woman the following day via text message to demand that she take Plan B to prevent a possible pregnancy.

Even though she was in a distraught state, she says that she still took the pill.

Jane Doe’s attorneys Ariel Mitchell and George Vrabeck told TMZ that she didn’t report the alleged rape to police because she was attending medical school at the time and she worried that making a complaint would be an embarrassment.

The lawyers stated that they’re ‘committed to victims being heard and would urge anyone with information to contact them.’ 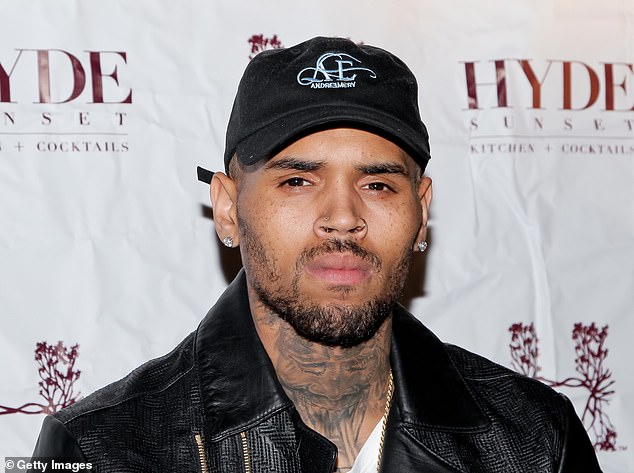 Morning after: The day after the alleged rape, the woman claims Brown texted her and urged her to take Plan B, which she did; seen in 2015 in West Hollywood

Brown has had several legal entanglements in the past, most famously including his assault of his then-girlfriend Rihanna.

In the early hours of February 8, 2009, he got into an argument with the Work singer that ended with him assaulting her badly enough to require her hospitalization.

He was charged with felony assault and making criminal threats the following month, initially pleading not guilty, before pleading guilty to a single felony count.

He was ordered to serve five years of probation, community service and counseling for domestic violence.

The two later reunited in early 2013, before breaking up again later that year. 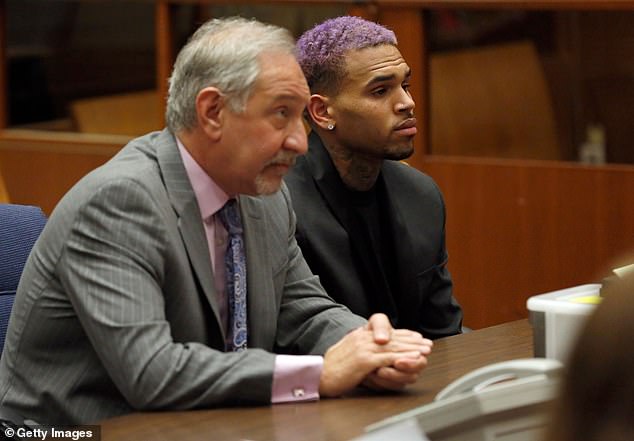 Troubling: Brown has had several run-ins with the law in the past, most famously including when he pleaded guilty to a single felony assault count for beating up his then-girlfriend Rihanna; seen in 2015 in LA