Chris Pratt is well aware that he should not take Ambien and text. The 42-year-old Guardians of the Galaxy star shared a hilarious story of the time he blacked out on the sleeping pill and texted one of his Marvel co-stars.

“There was a moment in my life where I would take sleep aids to help me sleep. I don’t anymore because of things like this,” Pratt shared on Thursday’s The Late Late Show With James Corden. “I would blackout, no idea what I’m texting on, like, an Ambien.”

Pratt, who plays Peter Quill (a.k.a. Star Lord) in the Guardians and Avengers movies, said he sent a lengthy text to his co-star and former WWE wrestler, Dave Bautista, who plays Drax in the films.

“He goes, ‘Hey man, that text you sent last night,’ and I go, ‘What text?'” Pratt recalled, noting that his response prompted Bautista to burst out laughing. 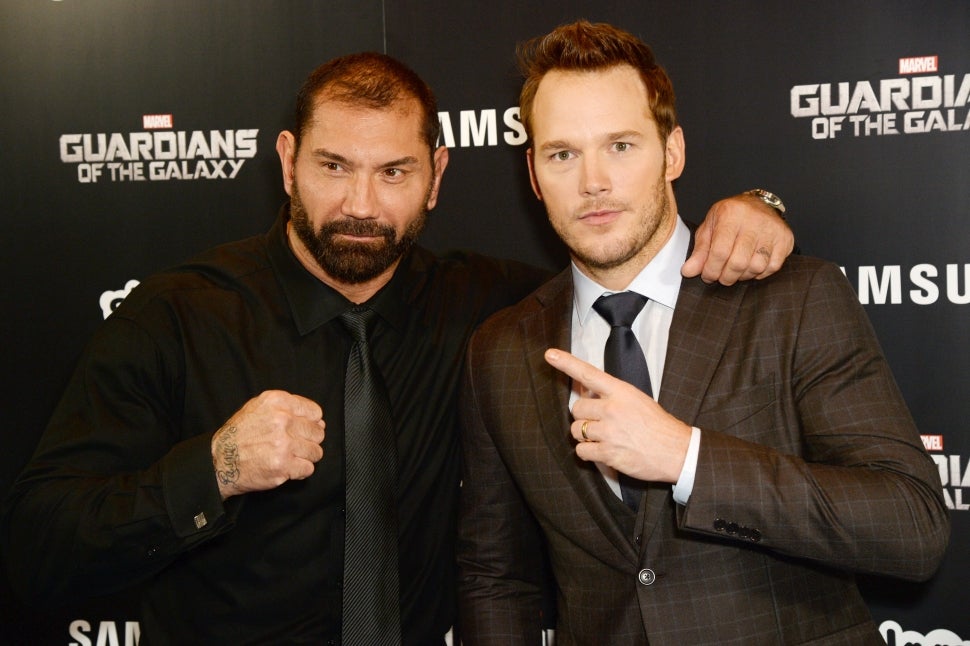 The message “mortified” Pratt, who noted, “Like, oh my god, Dave would kill me so fast. He is by far the toughest dude in all of Hollywood.”

Though he’s spent plenty of time in Marvel films, Pratt’s newest project, The Tomorrow War, is not based on a book or comic.

“It’s original, which is something that I feel like there have been a lot of cravings for something that isn’t based on a sequel or comic book or something,” Pratt told ET’s Lauren Zima at this week’s premiere for the film. “It’s like a big movie that’s original. So this script came along and it was great so we made it!”

The Tomorrow War is streaming now on Amazon Prime.