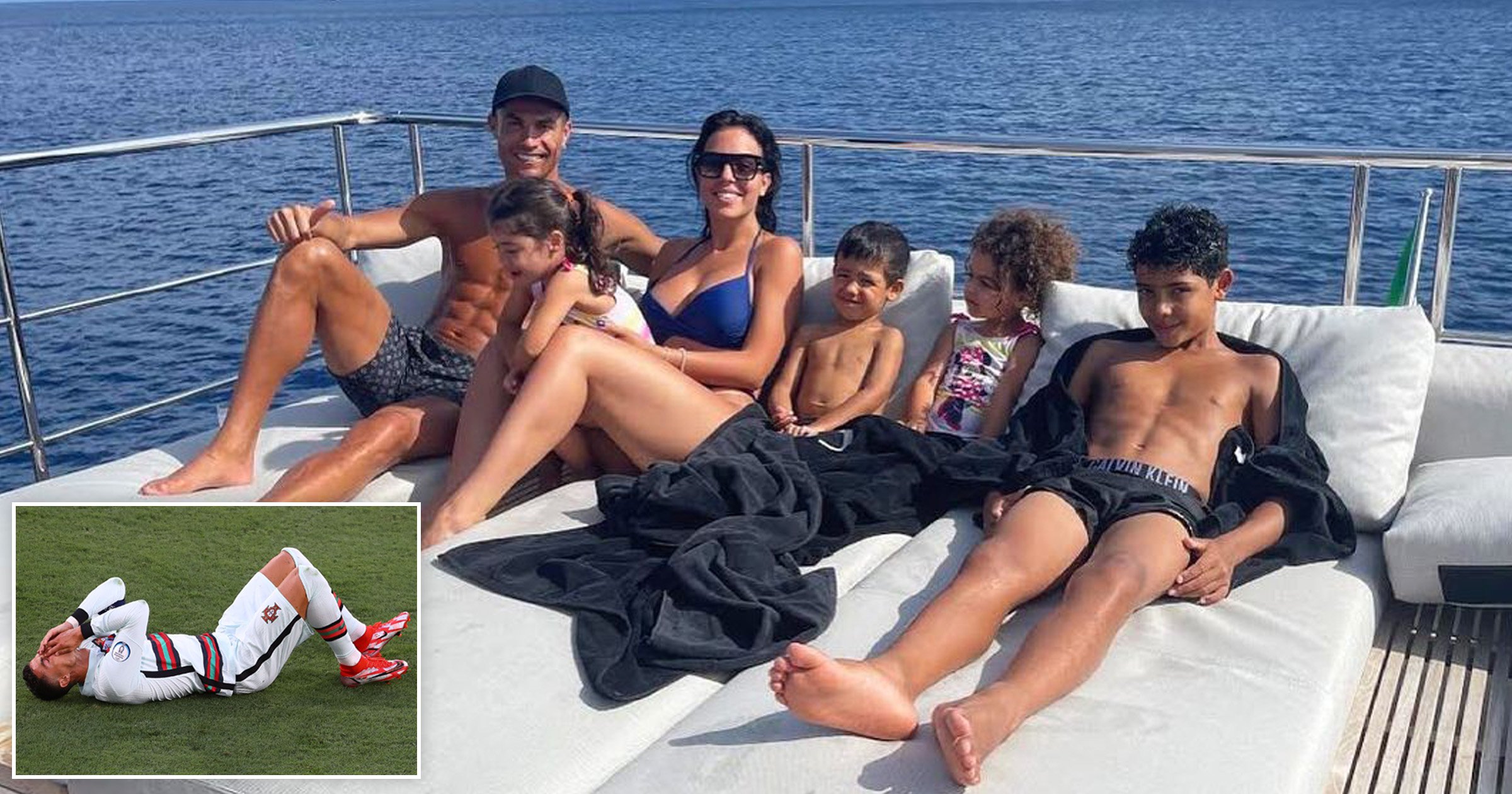 Cristiano Ronaldo is enjoying some down time with his family following Portugal’s exit from the Euros last Sunday.

The national football team’s captain was clearly frustrated by his side’s performance as they lost 1-0 to Belgium in the last 16, throwing his captain’s armband on the floor as the full-time whistle blew.

However, after coming to terms with his disappointment, the football star is now enjoying a break with his family as he posted a snap of the group on sun loungers onboard a yacht, writing: ‘It’s time to rest with my loves.’

Cristiano is a father of four, all of whom were enjoying the sun with him on the yacht deck: 11-year-old Cristiano Jr., 4-year-old twins Eva and Mateo, and Alana Martina, 3, his daughter with partner Georgina Rodríguez.

With the family having enjoyed a dip in the ocean, as they dried off with towels, Georgina was sporting a cobalt blue bikini and the two girls were in adorable matching Minnie Mouse costumes.

The footballer became a father to Cristiano Jr., as well as Eva Mateo, via unknown surrogates in the United States before having his daughter Alana with Spanish model Georgina just five months after the birth of his twins.

The family is based in Turin, where 36-year-old Cristiano plays for Italian side Juventus.

Cristiano also extended his relaxation to a session in the sauna, sharing a quick snap with followers on his Instagram Stories as he soaked up the benefits of the heat room in briefs with his name emblazoned on the waistband.

He had previously broken his silence after Portugal was knocked out the delayed Euro 2020 tournament, taking to Instagram to congratulate Belgium on their win and say how ‘proud’ he was of his national team on Monday, the last post before he shared that he was on holiday.

Writing how his team ‘gave everything’ in their journey to defend their European Champion title from 2016, he praised Portugal’s ‘tireless fans’.

He continued: ‘It was not possible to get where we all wanted, but here is our sincere and profound thanks.

‘Congratulations to Belgium and good luck to all the teams that remain in the competition. As for us, we will come back stronger. Forca Portugal!’