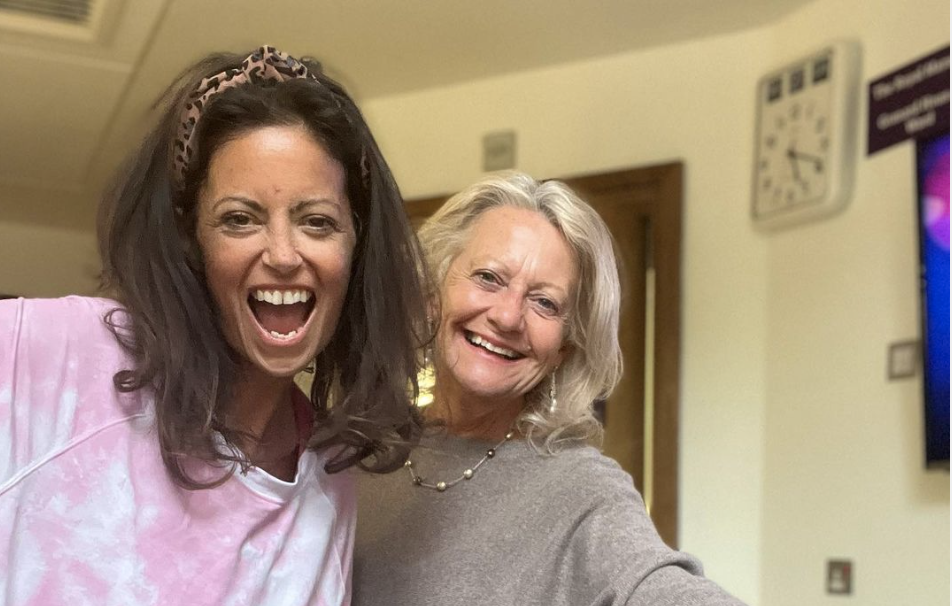 Dame Deborah James’s mum has shared her pride for her daughter’s campaigning as Tesco becomes the latest supermarket to add the symptoms of bowel cancer to its toilet roll packaging.

The supermarket has announced it will be making a £300,000 donation to the BowelBabe fund Dame Deborah set up, as well as printing the warning signs for bowel cancer on the packaging of its loo roll.

The You, Me and the Big C podcast host, 40, had campaigned for manufacturers to include the symptoms, which include bleeding from the bottom or blood in the stools, a persistent and unexplained change in bowel habits, unexplained weight loss, extreme tiredness for no obvious reason and a pain or lump in the stomach.

By raising awareness of the common symptoms, Dame Deborah hopes others will get themselves checked out earlier and catch bowel cancer, which is the fourth most common cancer and the second biggest cancer killer in the UK, while it is successfully treatable.

She is currently undergoing end-of-life hospice care at home after battling terminal bowel cancer for five years, but is no longer able to have active treatment.

Marks and Spencer and Andrex are among the brands that have already announced they will be adding the information to their toilet paper packaging, and Tesco is set to follow suit.

Dame Deborah’s mother, Heather James, shared Tesco’s announcement on Instagram, adding: ‘Well done Deborah and a big thank you to @tescofood for your support and £300,000 donation to the @bowelbabefund’.

Dame Deborah’s Bowel Babe fund has already raised over £6.7million for cancer charities as well as helping to raise awareness and smash taboos about bowel cancer.

Tesco confirmed their support in a statement saying: ‘We’re exclusively partnering with @bowelbabe Dame Deborah James to raise awareness of the signs and symptoms of bowel cancer on packs of our Luxury Soft loo roll.

‘Together with WEPA UK we’re also donating £300,000 to the Bowelbabe Fund for @cr_uk. If you’ve noticed any unusual changes to your bowel habits talk to your GP, visit a Tesco Pharmacist or see more online at Cancer Research UK.’

Dame Deborah previously said: ‘We need actual information signposted on those loo rolls so I’m hoping lots of other big brands will now go “yeah, hang on, this makes massive sense. This is what we need to be doing.”

‘It’s the start of things to come, I think we should now do a big shout out to other companies now, saying come on where’s your signs and symptoms.’