‘The prospect of being 40 worries me’: Danielle Lloyd reveals she’s had a secret eye-lift after vowing to steer clear of more surgery… and husband Michael O’Neill is furious

Danielle Lloyd has undergone secret eye lift surgery after being inspired by the Kardashians, but admits her husband was furious after she told him.

The former glamour model, 37, opted to have a fox-eye lift – a relatively new cosmetic procedure that elongates and lifts the eyelid, creating a distinctive almond shape in the process.

Additionally she went under the knife for a thread-lift on her jawline in order to remove loose facial skin and give her face a more defined shape. 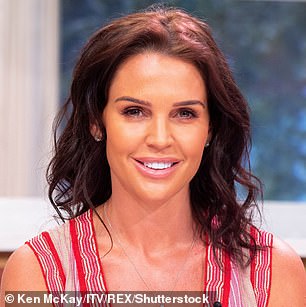 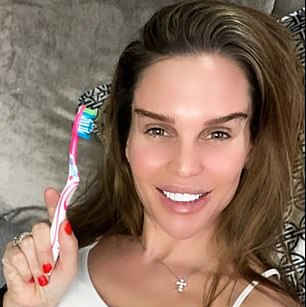 New look: Danielle Lloyd has undergone secret eye lift surgery after being inspired by the Kardashians, but admits her husband was furious after she told him (pictured left before surgery, and after right)

Speaking to Closer, Danielle admitted she was keen to make the changes after being told various members of the Kardashian family had undertaken the same procedures.

She explained: ‘Seeing all these gorgeous young girls on Instagram also made me feel insecure and worry about my age – I turn 38 later this year, and the prospect of being 40 worries me.

‘I want to look my best, and this procedure prevents things like jowls and lines, so I thought, “Prevention is better than cure!” I know I’m a little bit obsessed but it makes me feel better.’ 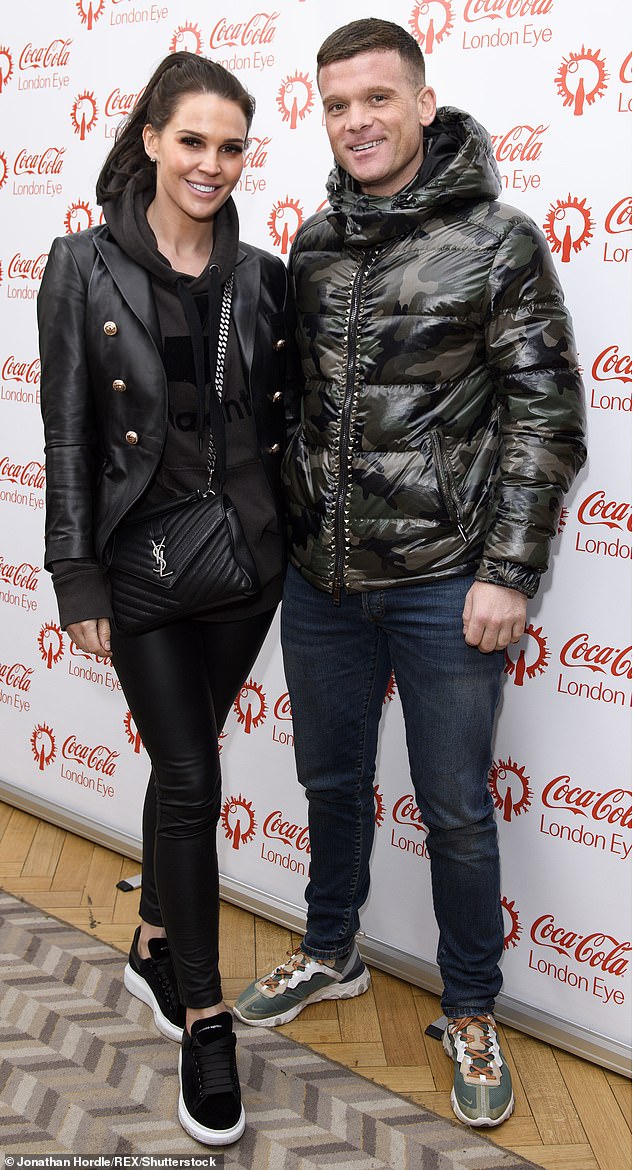 Not happy: The former glamour model admits husband Michael O’Neill was furious with her decision to have more cosmetic surgery

But while Danielle was delighted with the results, oblivious husband Michael O’Neill and 11-year old son Archie were less than impressed.

She said: ‘Michael just thought I was going out to get a beauty treatment, like getting my eyelashes done or something.

‘He tells me I’m beautiful and to stop – and I do believe him, but I feel like it makes me feel better and more confident.’ 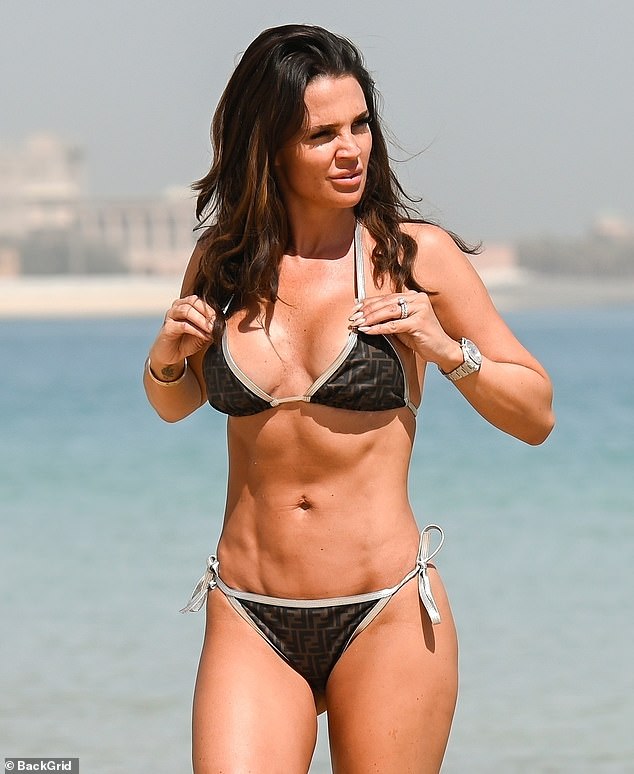 She’s got previous: Danielle has previously had a bum lift, stomach tuck, boob reconstruction and liposuction, but vowed to steer clear of more cosmetic surgery following a botched boob job in 2012

She added: ‘Archie also shouted at me – he got upset and said, “Mum, what have you done to your face?”

‘Straight after the procedure, I was bruised and swollen for around 24 hours, so I did look scary.

‘I sat him down and explained that I’d got it done to make me feel happier, and he understood. It went down the next day and it was okay, but it upset him.’ 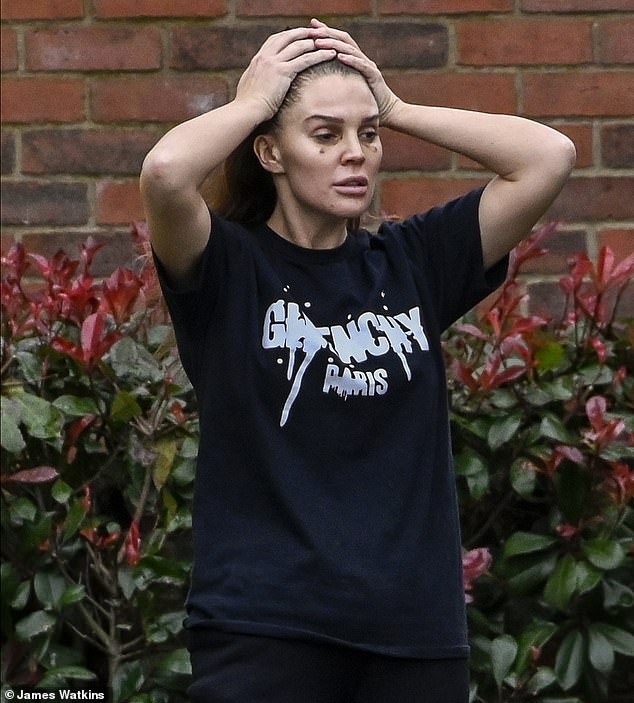 Bruised: Danielle hinted at more surgery after revealing heavy bruising beneath her eyes in  December 2020 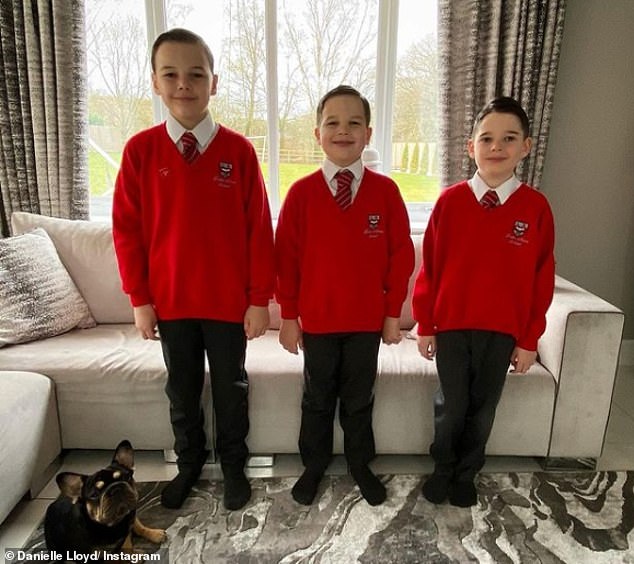 Unimpressed: Eldest son Archie (pictured left with brothers Harry and George) was also displeased with her decision to have more surgery

The former model has previously had a bum lift, stomach tuck, boob reconstruction and liposuction, but vowed to steer clear of more cosmetic surgery following a botched boob job in 2012.

However Danielle says she’s as confident as ever – and can’t wait to hit the beach following her latest procedures.

‘I can’t wait to get my kit off!’ she said. ‘This is the most confident I’ve felt about my body in a long time.

‘I know I said I wouldn’t have more surgery, but I thought to myself, “Do I actually give a s**t what people think?’ I’m allowed to change my mind because I want to feel happy.”‘