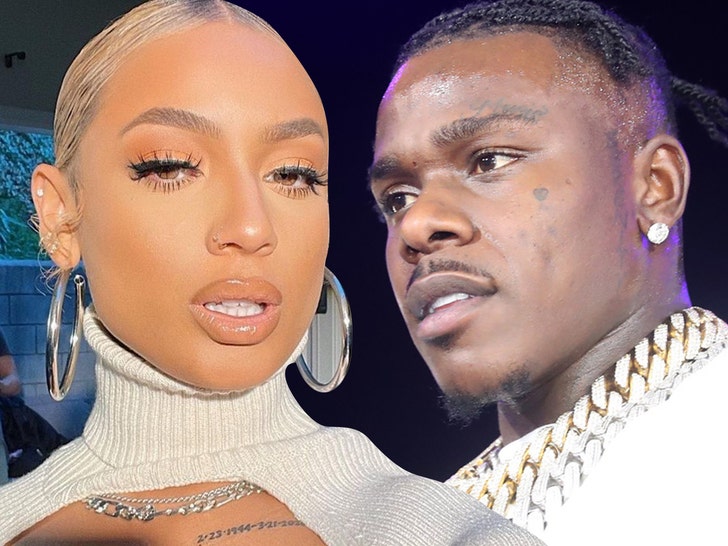 It’s now clearer why DaBaby was recording DaniLeigh while they argued — cops who responded to his home say she assaulted him … on Sunday, and then again on Monday morning.

Charlotte-Mecklenburg PD says DaniLeigh was charged with 2 counts of simple assault after officers made 2 visits to the rapper’s home. The first came on Sunday night … after DaBaby had gone live on IG, showing DaniLeigh as she was feeding their 3-month-old child. Cops say DaBaby accused the singer of striking him, but police left without making an arrest.

That changed though when they went back to the house on Monday around 9:30 AM, responding to DaBaby’s second claim of domestic abuse. This time, cops say their investigation found enough evidence to cite her for 2 misdemeanor assaults — one for Monday and Sunday’s alleged incidents.

During the Sunday night incident, DaBaby said, “I gotta record you for my safety. You ain’t fitting to bring this Black man down.”

It would appear the alleged assault had already happened, and DaBaby was recording DaniLeigh out of fear she might claim he had hit her.

On Monday, he posted a video seemingly accusing her of using their baby for Internet clout. He never mentioned anything about her allegedly hitting him.

He did, however, vow to take care of their child … despite all the drama between DaniLeigh and himself.