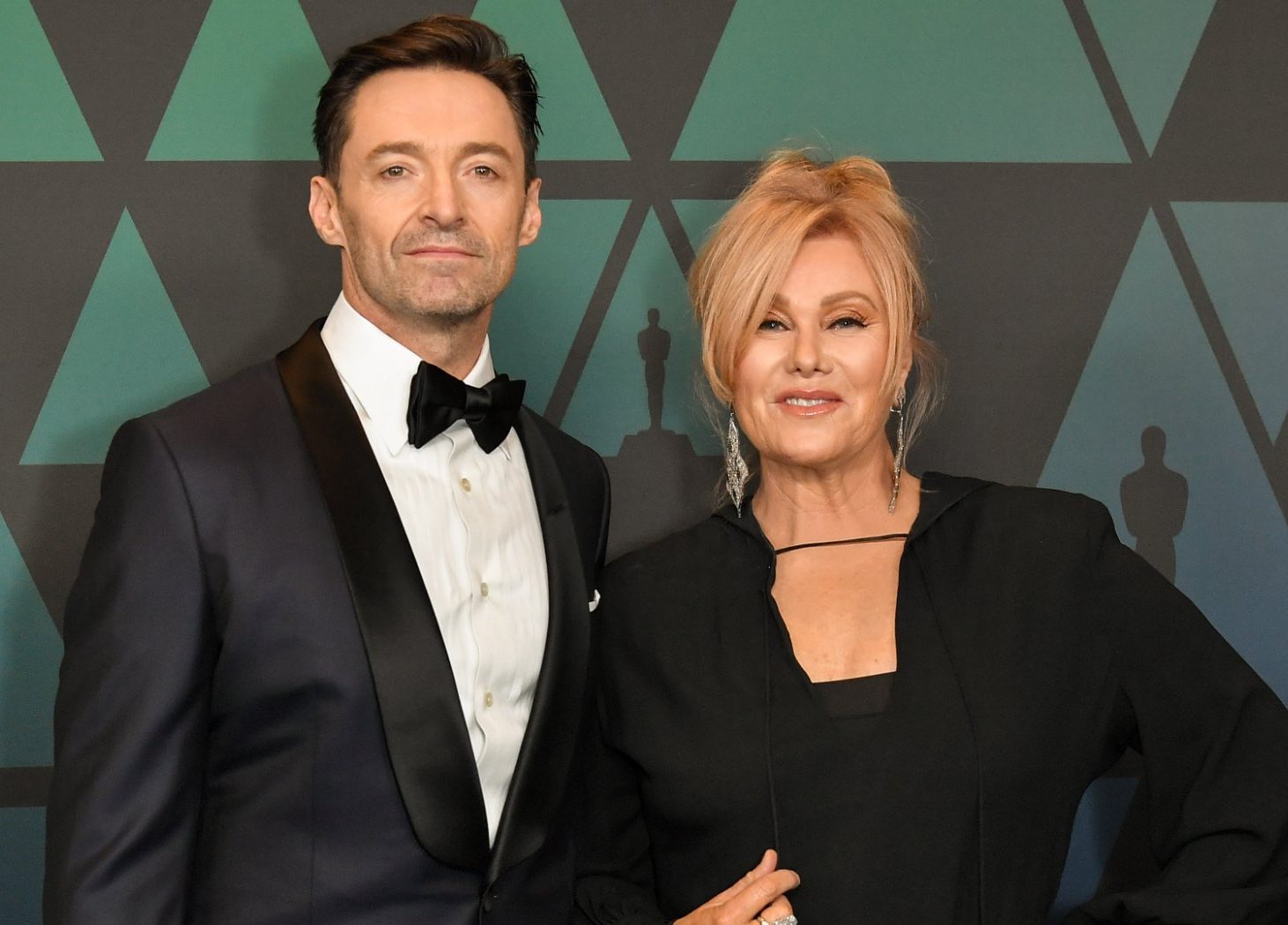 Deborra-Lee Furness has once again addressed the persistent rumours around her husband Hugh Jackman’s sexuality, insisting ‘if he was gay, he could be gay’.

The pair, who share two children, son Oscar, 20, and daughter Ava, 15, met on the set of the Australian television show Correlli in 1995 and married 11 months later.

However, throughout their marriage, they’ve been plagued by gossip claiming Hugh is gay, which the star reportedly previously suggested emerged around the time he played openly gay singer-songwriter Peter Allen in The Boy From Oz on Broadway in 2003.

Addressing the speculation this week, Deborra-Lee, 66, said celebrities seemed to be ‘open slather’ for negative things to be said about them, before adding there’s no reason for Wolverine star Hugh, 53, to remain in the closet if he was gay.

She said: ‘Hugh’s been gay for whatever, I mean, hello guys – if he was gay, he could be gay!’

Speaking on the Not an Overnight Success podcast she went on: ‘He didn’t have to hide in the closet anymore, and he’d be dating Brad Pitt, or whatever. Not that Brad’s gay, but you know what I’m saying!’

She continued, saying the pair ‘don’t read a lot of that stuff’: ‘It’s so silly, and then people perpetuate silly things and it’s boring.’

It’s not the first time Deborra-Lee has addressed the rumours around her husband, which she previously dubbed ‘made up’ and ‘mean-spirited’.

During an appearance on Anh’s Brush With Fame, she joked: ‘He’s been gay so many years. I was gay too. You know when I did Shame? I was gay. They were shocked when I got married.’

The star went on: ‘It’s just wrong. It’s like someone saying to Elton John: “He’s straight.” I’m sure he’d be pissed. And so what! What are we discussing here… Is he a vegetarian… Is he gay?’

Also dismissing the suggestion she’s ‘lucky’ to be with the Wolverine star, Deborra-Lee said: ‘Lucky? Like I won a chook [chicken] raffle. People don’t realise that it’s actually rude to say that.

‘But yeah… it’s because he’s the stud muffin. But that’s show biz and Hollywood and the brand of Hugh Jackman.’

Hugh has often shared his undying love for his wife and, in 2017, revealed the moment he told Deborra-Lee he had a ‘crush’ on her, after they prepared Crêpes Suzette.

The pair celebrated their 26th wedding anniversary earlier this month, with Hugh posting a sweet ode to Deborra-Lee on Instagram.

‘Today I celebrate 26 years of marriage to my extraordinary wife,’ he wrote. ‘Every single day is filled with so much laughter, joy and backgammon.’

Hugh went on: ‘Deb you light up my life. I love you with all my heart.’