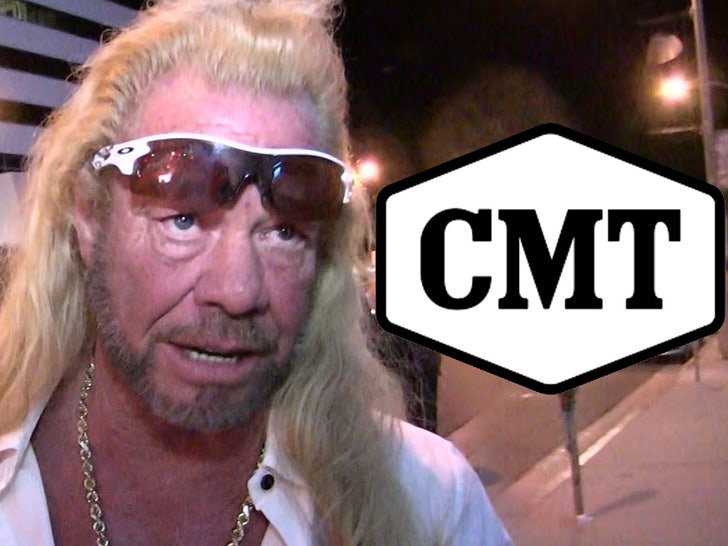 Scratch CMT off the list of possible landing spots for Dog the Bounty Hunter‘s return to TV … despite his history with the channel.

Sources familiar with the situation tell TMZ …. Dog hasn’t made a pitch of a Brian Laundrie show to CMT just yet, but it sounds like he shouldn’t waste his time, because we’re told the network would not be interested.

One reason for passing … we’re told CMT has a renewed commitment to country music programming — it’s in the name after all — so the network would likely not be doing another series with Dog in the future.

Dog fans will recall … he did a spinoff show with CMT, “Dog and Beth: On the Hunt,” debuting in 2013 and running 3 seasons until 2015, after which Beth announced they were leaving CMT programming.

TMZ broke the story … Dog has TV offers rolling in now that he’s on the hunt for Brian as part of the Gabby Petito case, with multiple networks expressing interest in resurrecting a show with him as the star.

As we’ve seen, Dog’s been willing to get dirty on the manhunt for Brian — but so far, he hasn’t found the guy or a home for his show.

While he doesn’t necessarily have to find Laundrie to score a TV deal … it sure would help him get a contract faster. For now, all we know is Dog won’t be leashed to A&E or CMT.