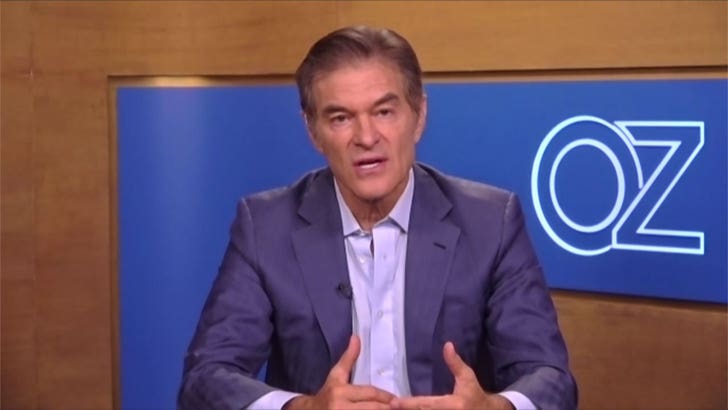 Dr. Oz is appalled, and embarrassed, by stats like Black newborns are 3 times more likely to die under the care of white doctors — and now he’s on a mission to do something about it.

The doc joined “TMZ Live” on Tuesday to explain why he launched the #moreBlackdoctors initiative as part of his effort to raise awareness about racial bias in hospitals. He told us how one of his staffers opened his eyes to the Black community’s view of the medical field.

Oz, who just kicked off the 12th season of his show, says he got goosebumps after learning Black babies taken care of by Black doctors have a higher survival rate than Black babies under the care of White doctors. It’s shockingly true.

A recent study published in the Proceedings of the National Academy of Sciences of the U.S. (PNAS) showed the mortality rate of Black newborns dwindled from 58% to 39% when they’re under the care of Black docs. But, when it came to white babies, their mortality rate was hardly affected regardless of the doctor’s race.

You’ll recall, activist Bakari Sellers recently shared his shocking tale about his wife’s pregnancy — and Dr. Oz says that’s a stark reminder of the biases that exist even in medicine.

You gotta see how he’s planning to plant seeds of change with kids of color. It’s an important initiative that can have a long term, long-lasting impact.