‘Our time as a couple has come to a natural end’: Example and model wife Erin McNaught SPLIT after 11 years as he says ‘this is as amicable as it gets’

Musician Example revealed he has split from his model wife, Erin McNaught.

The star, real name Elliot Gleave, 40, wrote that their romance came to a ‘natural end’ after 11 years together and said that he and Erin, also 40, will still be happily co-parenting their sons Evander, aged seven, and Ennio, aged five.

In a joint Instagram statement, the couple explained: ‘At the start of the UK summer we decided to separate. We have had an amazing 11 years together, but just a few too many adventures. 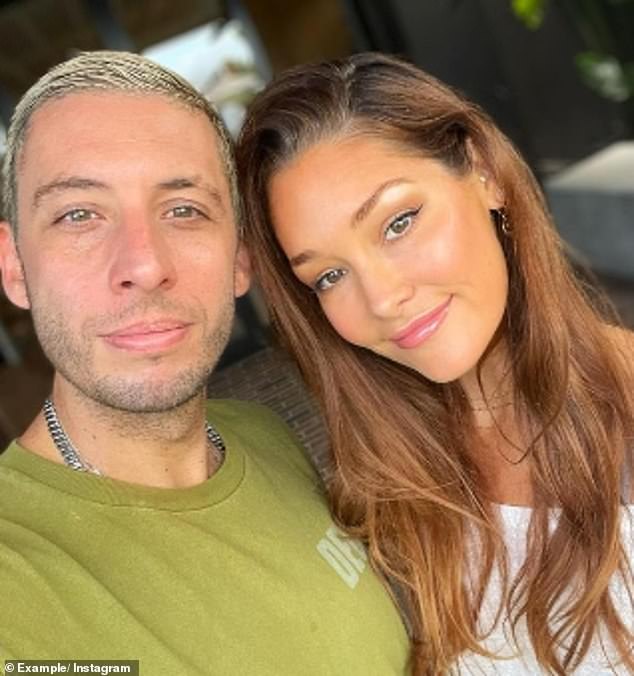 ‘Our time as a couple has come to a natural end’: Example and model wife Erin McNaught took to Instagram on Tuesday to reveal they’ve SPLIT after 11 years

‘Obviously we spent a lot of time behind the scenes trying to figure things out, but we came to the realisation that perhaps our time as a couple had just come to a natural end.

‘So we have decided to go our separate ways whilst there is still an abundance of love and respect for one another.

‘We have been Co-parenting happily and effectively now for almost half a year and our boys are surrounded with love.’ 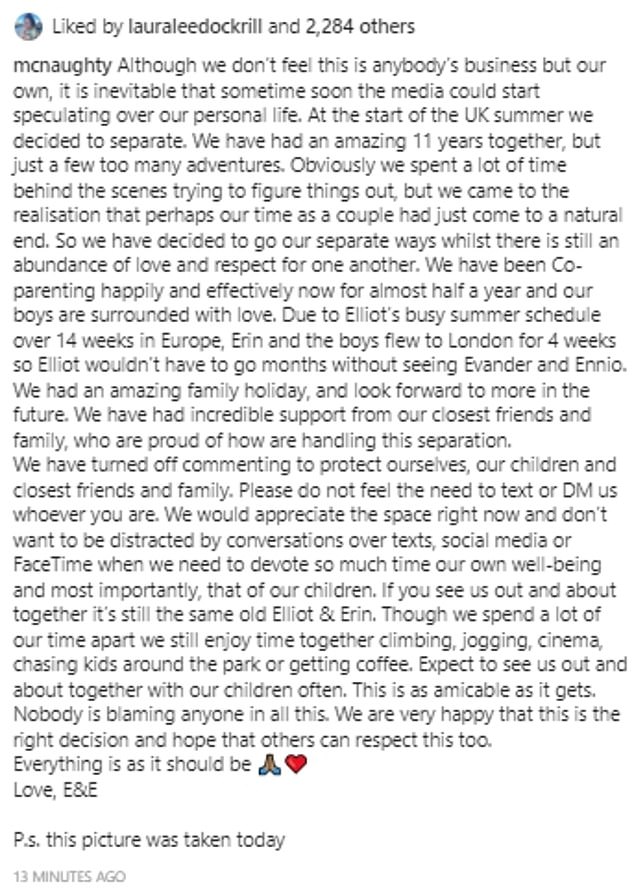 ‘This is as amicable as it gets’: The musician shared this lengthy post as he spoke about how much love he and Erin still have for one another

Continuing his statement, he penned: ‘Due to Elliot’s busy summer schedule over 14 weeks in Europe, Erin and the boys flew to London for 4 weeks so Elliot wouldn’t have to go months without seeing Evander and Ennio.

‘We had an amazing family holiday, and look forward to more in the future. We have had incredible support from our closest friends and family, who are proud of how are handling this separation.

‘We have turned off commenting to protect ourselves, our children and closest friends and family. Please do not feel the need to text or DM us whoever you are. 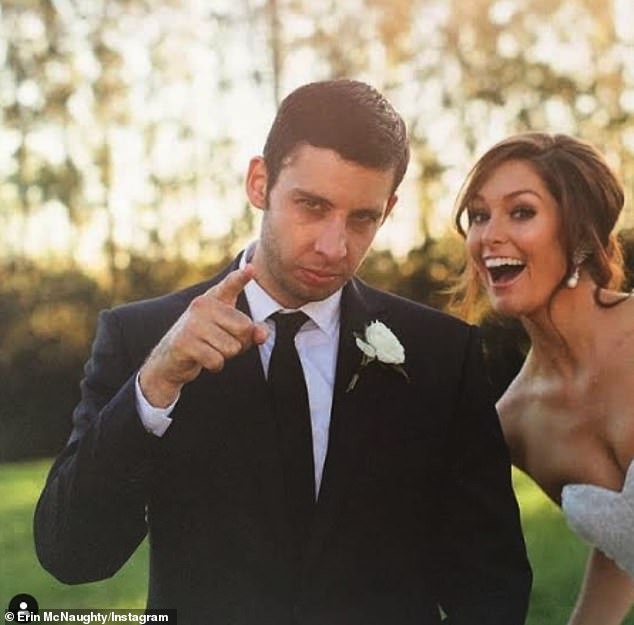 Happy adventures: The pair pictured on their wedding day in May 2013

‘We would appreciate the space right now and don’t want to be distracted by conversations over texts, social media or FaceTime when we need to devote so much time our own well-being and most importantly, that of our children.

‘If you see us out and about together it’s still the same old Elliot & Erin.

‘Though we spend a lot of our time apart we still enjoy time together climbing, jogging, cinema, chasing kids around the park or getting coffee. Expect to see us out and about together with our children often.

‘This is as amicable as it gets. Nobody is blaming anyone in all this. We are very happy that this is the right decision and hope that others can respect this too. Everything is as it should be ❤️Love, E&E.’

In 2020, Example credited Erin with ‘saving his life’ after pushing life to the extreme with drink and drugs. 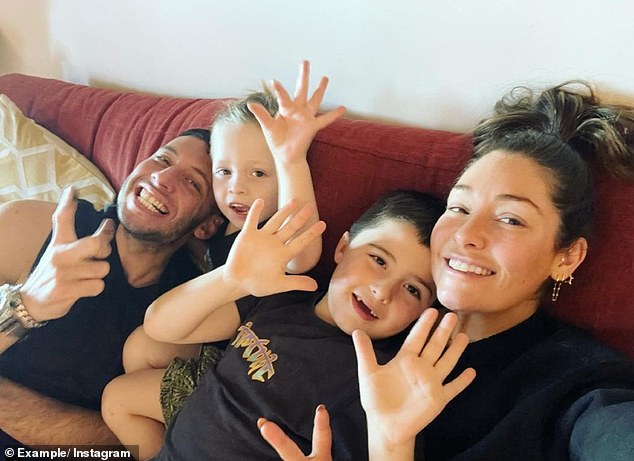 Family: Example and Erin said they will be happily co-parenting their sons Evander, aged seven, and Ennio, aged five (pictured in 2021)

He said: ‘Erin saved me from an early death. I was partying too much back in the day.’

The musician wrote a track about his wife for his 2020 comeback album, Some Nights Last For Days, detailing the emotional moment he played Erin the song in a 2020 interview with The Sun.

‘I went to the studio with Johnny McDaid, who’s a good friend of mine and is in Snow Patrol. Then I came home and played it to Erin and her parents, who were visiting. We were hugging and crying because it was so personal.

In the song Eye To Eye he calls Erin his ‘saviour’. 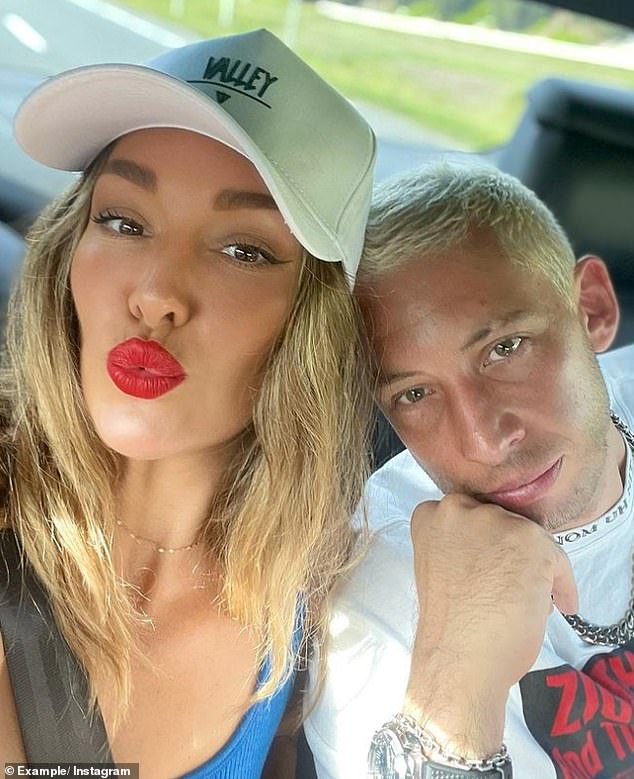 Close: The couple became engaged in 2012. They tied the knot in 2013 and have spent much of their relationship living in Erin’s native Australia

He explained of his dangerous lifestyle before meeting his wife: ‘You’re burning the candle at both ends, doing 120 festivals a year, 100 flights a year and you’re partying four or five nights a week.

‘I was lying to my ex and cheating on her. I wasn’t close to my mum or dad or my sister any more, so Erin coming into my life helped me mend all those things.’

Just last year the star shared a touching tribute to his wife on their tenth anniversary.

‘Shout out my life partner for having my children, having me, having the most twisted sense of humour, ageing backwards and teaching me something new each and every day’ he wrote on Instagram. 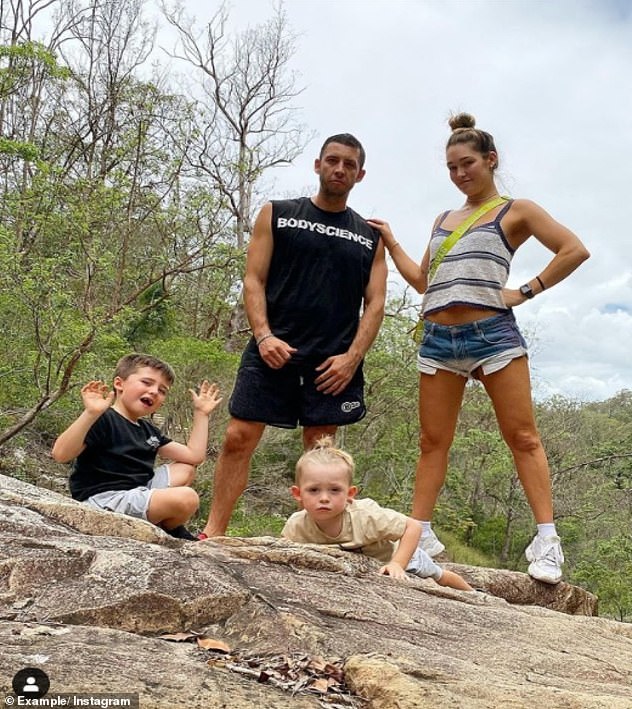 Amicable: The couple’s statement said they plan to continue spending time together ‘climbing, jogging, cinema, chasing kids around the park or getting coffee’