Ferne McCann shows off her toned physique in a skimpy bikini

Ferne McCann wowed in a skimpy string bikini on Tuesday for her latest Instagram snap.

The former TOWIE star, 30, looked stunning as she tried to beat the heat by donning a brown white, orange and brown patterned bikini.

She showed off her gym-honed body as she posted the image on her healthy-living page on the app. 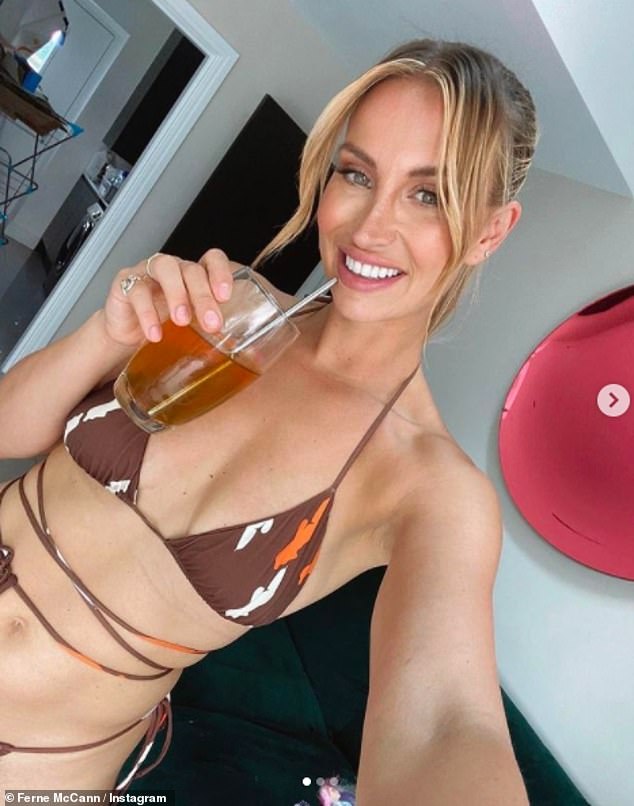 Looking good: Ferne McCann, 30, shared a snap of herself on Instagram drinking iced tea and wearing a stringy bikini on Tuesday

Ferne’s natural beauty was highlighted in the snap with minimal make up and her blonde locks tied up in a ponytail.

In another summery snap, she posed up a storm in the mirror, flaunting her slender physique.

This post comes as it was revealed earlier this month that the beauty is single after separating from her model ex-boyfriend Jack. 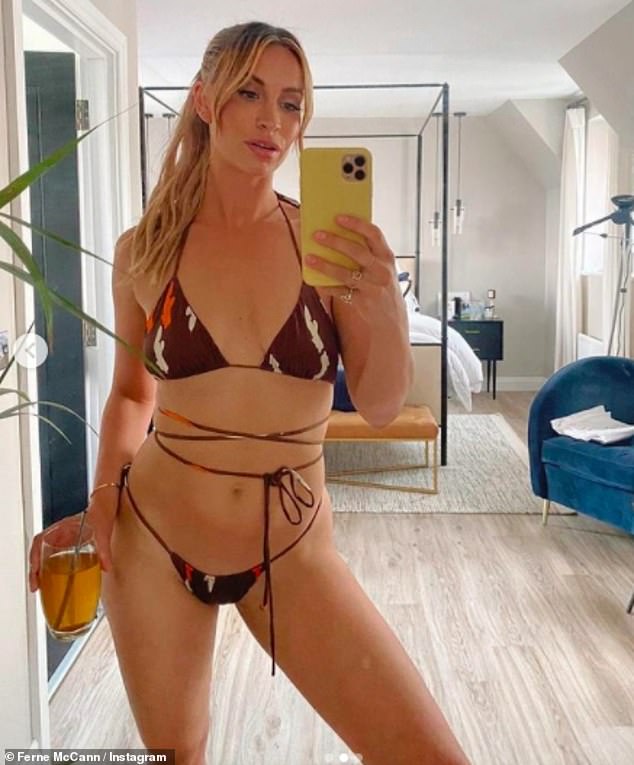 Gym-honed: In another summery snap, the former TOWIE star posed up a storm in the mirror, flaunting her slender physique

A source said they are ‘on different paths’ and that the end of lockdown made it ‘clear’ their lifestyles didn’t match up.

The reality star had previously called Jack ‘The One’ and they had moved in together during the pandemic.

A source close to Jack and Ferne confirmed the break up to MailOnline and said it was clear when lockdown started to lift their work and lifestyles were just too different.

They said: ‘Ferne’s an early bird up first thing for work and Jack’s events are all night time. They got on great but it’s hard to make things work when they were like passing ships.’

Another source also told The Sun: ‘Ferne said it was a case of “right guy wrong time”. It was clear to all of us that they were both on different paths.

‘She’s sad but she’s realistic about the situation… She has no regrets. They both got on great and had a lot of fun, but you need more than that in a relationship.’ 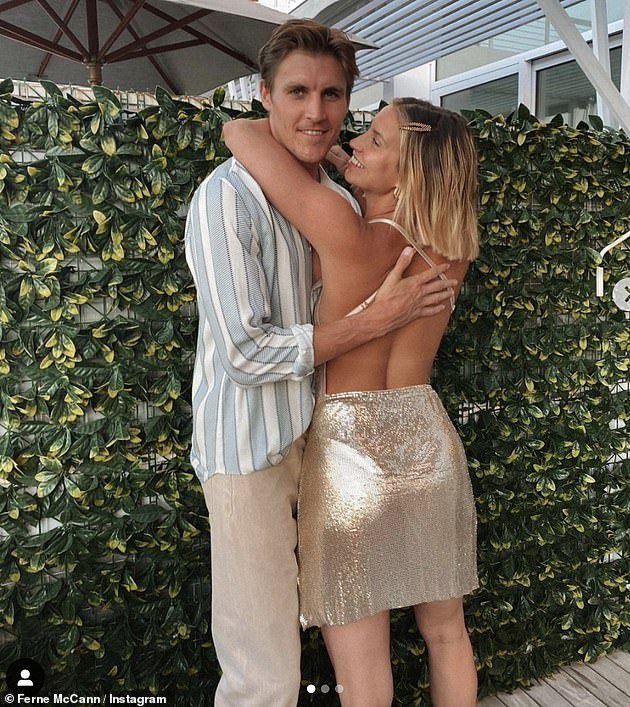 Old flames: It was revealed earlier this month that Ferne is single after separating from her model ex-boyfriend Jack Padgett (pictured together in a snap shared in February)