She is no stranger to littering her Instagram feed with glamorous photos.

And Gemma Collins pulled out all the stops on Thursday, as she shared a stunning clip of herself after undergoing a 1960s-style make-over for a new shoot. 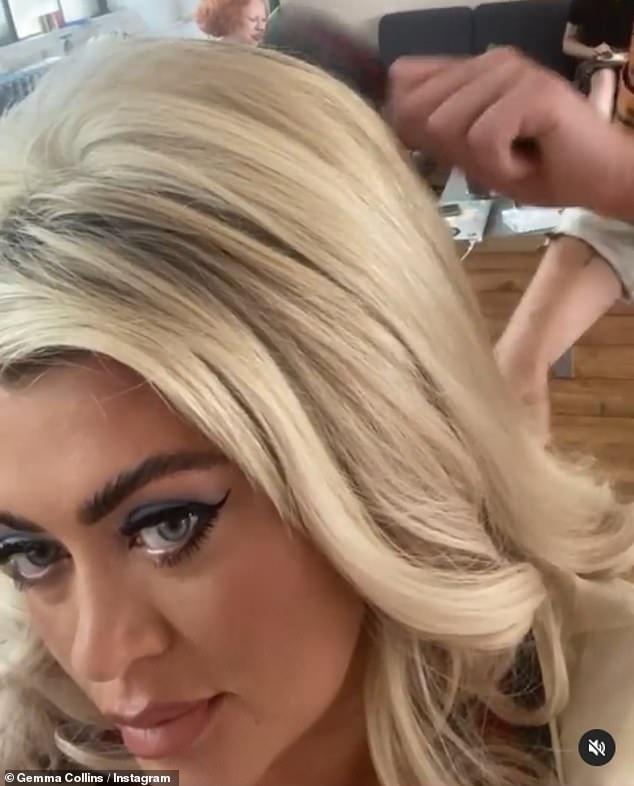 Glam: Gemma Collins pulled out all the stops on Thursday, as she shared a stunning clip of herself after undergoing a 1960s-style make-over for a new show

Gemma’s make-up was also inkeeping with the era as she opted for blue eye-shadow complete with a winged liner and plenty of mascara.

She added plenty of blush and a matte nude lipstick to the look. 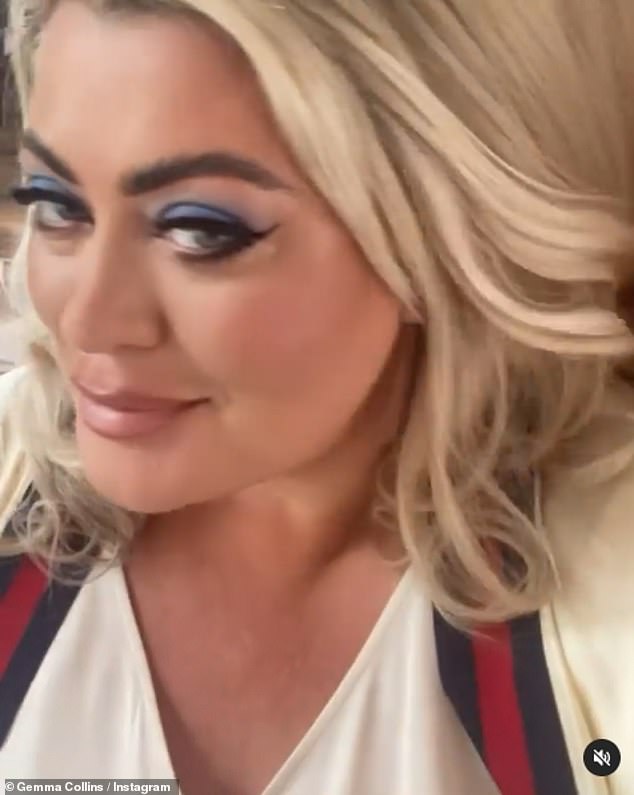 Many of Gemma’s celebrity pals and fans were quick to complement her on her new look.

While her pal Yigit said: ‘Gemmalicious!’

While another person wrote: ‘QUEEN!’ 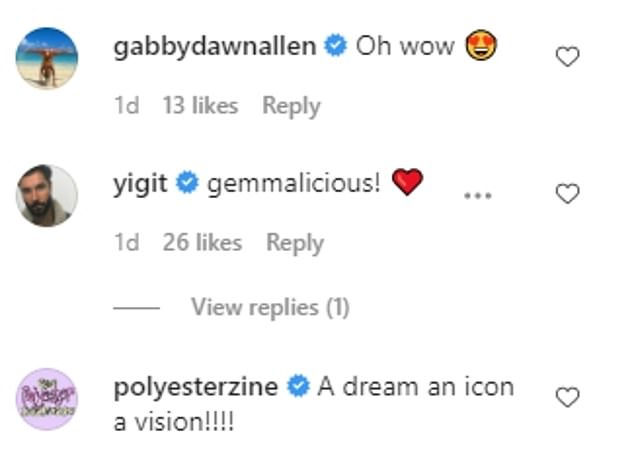 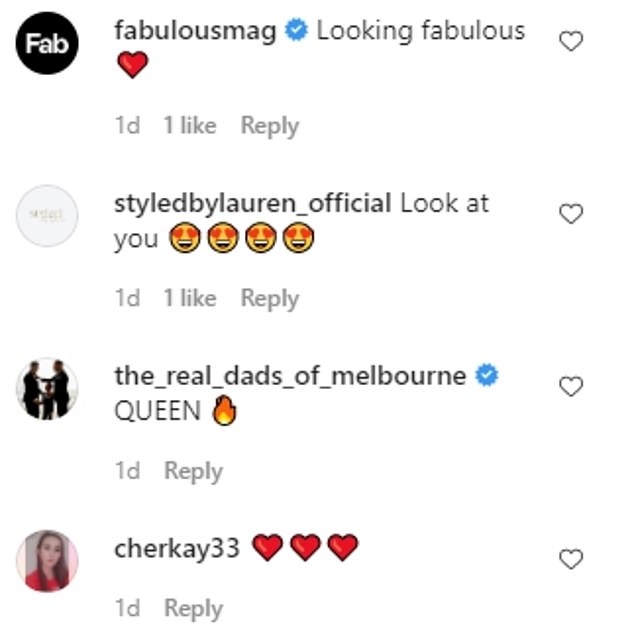 Reaction: Many of Gemma’s celebrity pals and fans were quick to complement her on her new look

The shoot comes after she shared videos of herself doing a set of renegade rows with dumbbells as her fitness journey continues.

Speaking of her progress, she wrote in the caption: ‘My body is becoming stronger daily it’s a great feeling. I hope you have all told yourself how beautiful you all are today.’

Gemma also recently shared a wardrobe clear out on her social media as she sold off her size 26 clothes, which are now too big for her following her weight loss.

She said: ‘It’s all got to go. It’s kind of like the old me, I don’t wear this stuff anymore and obviously I have lost a bit of weight so it doesn’t fit anymore.

‘I have got hundreds of hoodies, I must have a hundred pairs of jeans and so many black leggings, it’s all going, but the good news is it’s all going on my Depop.’

Speaking to New Magazine in April about her fitness regime, Gemma said: ‘I feel more confident than ever. 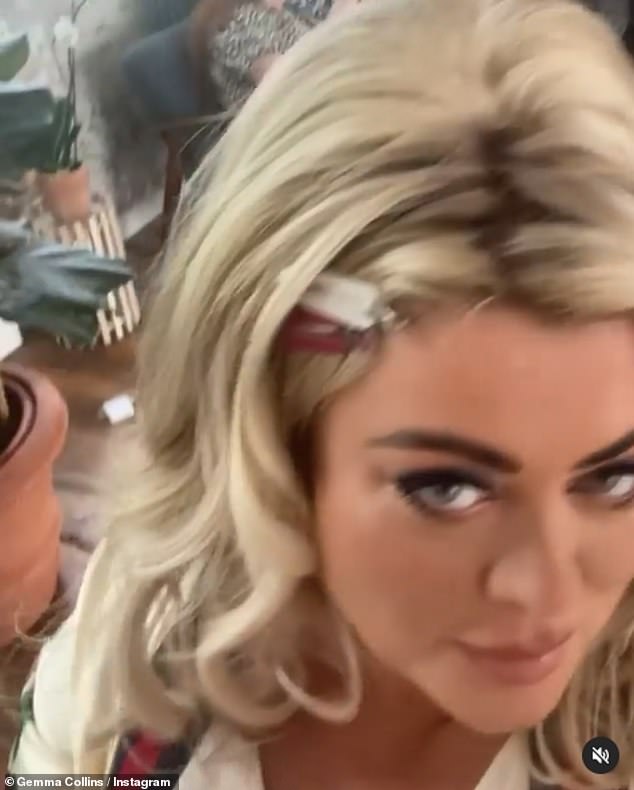 Stunning: Gemma’s make-up was also inkeeping with the era as she opted for blue eye-shadow complete with a winged liner and plenty of mascara 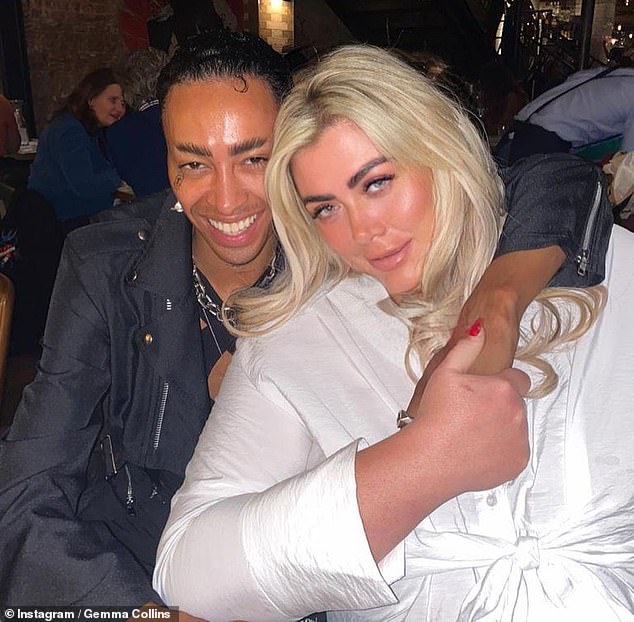 Best friends! Later that evening Gemma enjoyed a night out with RuPaul’s Drag Race UK star Tayce, and posed for a slew of snaps with the performer 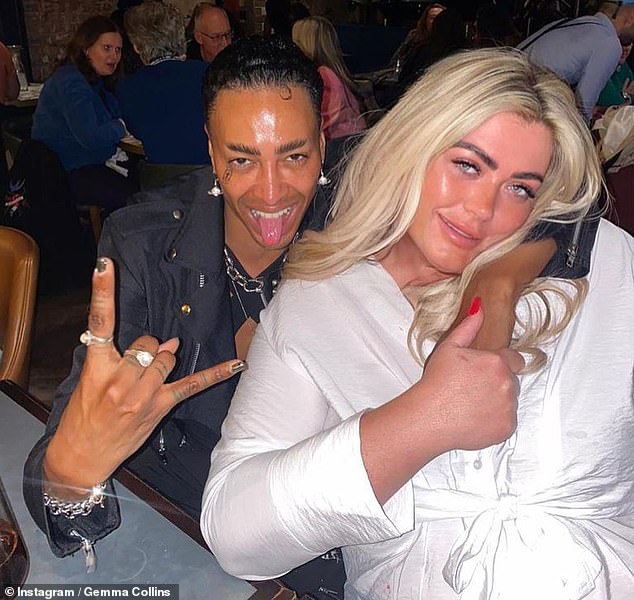 Say cheese! She captioned the post: ‘The cheek, the nerve, the audacity, and the gall !!!! What a sensation @itstayce is watch this space she gonna be MASSIVE ✌she’s a star 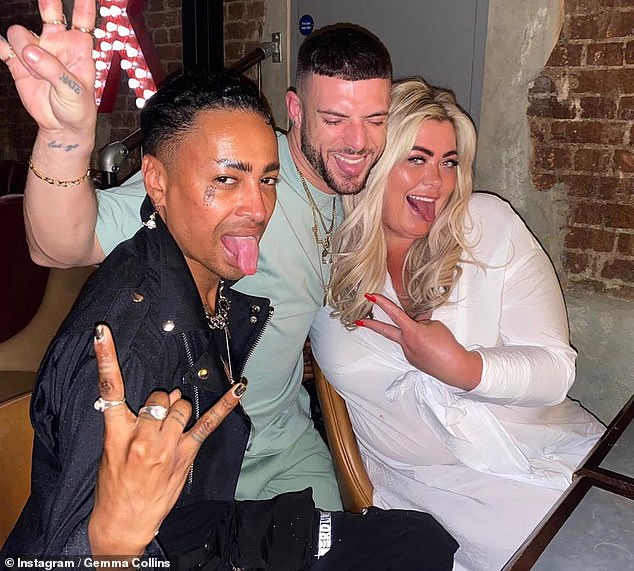 Posing up a storm! Gemma also appeared in an Instagram image alongside Tayce, and model Aaron Frew

‘I don’t weigh myself every week although to be honest I did this week and I lost another half a stone. I’m on a high fat diet – it all personal though, what works for me won’t work for you.’

She went on to say that it doesn’t really matter what the scales are saying but it’s more about how you feel in yourself.

A high fat diet involves a person reducing the number of carbohydrates they consume and replacing them with healthy fats.

And Gemma looked back to her best on Friday, weeks after recovering from ‘awful’ food poisoning. 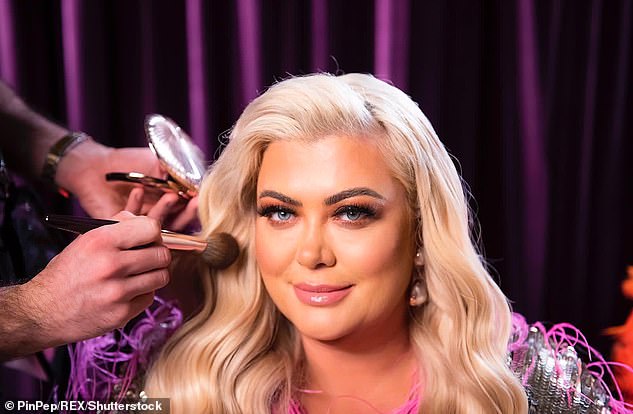 Stronger: It comes after Gemma spoke about the progress she has been making in losing weight, saying, ‘My body is becoming stronger daily it’s a great feeling’ (pictured 2020)

The reality star told fans earlier this month she was convinced she had ‘some sort of virus’ and was feeling ‘so unwell’.

She had previously shared a photo of a tube attached to her arm, writing: ‘Sorry been quiet guys I have been very poorly but I am feeling like I am back on the mend.’

Gemma had a private nurse at her home, looking after her, and later took to social media to reassure her fans that she was ‘slowly getting there’.

Speaking on The Gemma Collins Podcast, she said: ‘I took a break from the podcast last week as I’ve been quite poorly. I literally couldn’t even speak, but I’m slowly getting back on my feet. 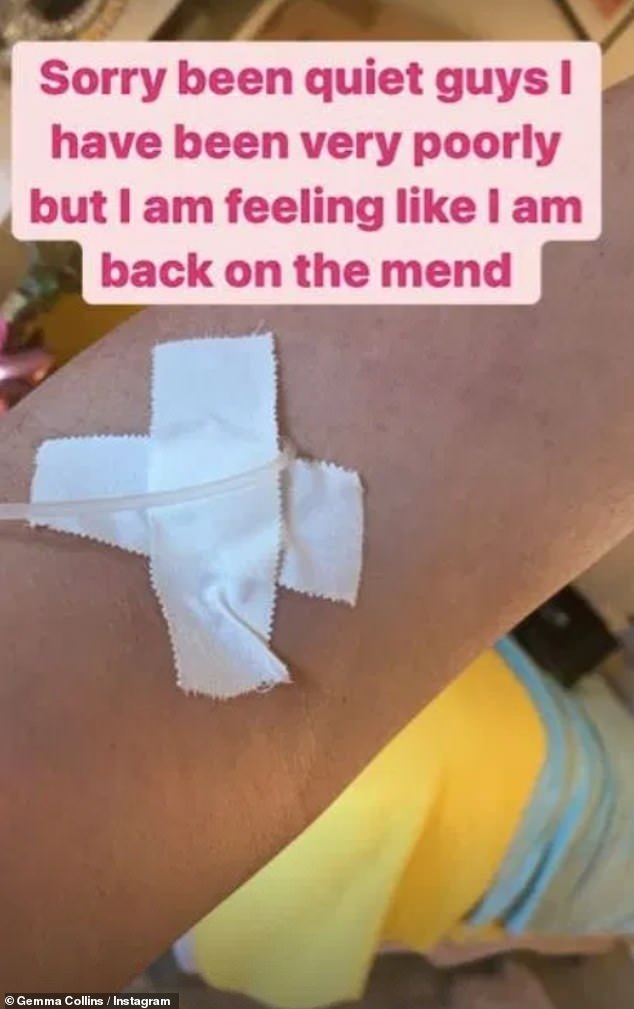 Health: The former TOWIE star has previously told fans she was convinced she had ‘some sort of virus’ and was feeling ‘so unwell’

‘I would love to give you some exciting gossip about my week last but literally I was so unwell that I could not get out of my bed.

‘Three hours later I collapsed on my kitchen floor and was being so violently sick and all the rest that goes with it – I won’t go into detail.

‘I was poisoned – I had food poisoning. It was absolutely awful and my whole body just got so run down recently that I had to listen to my body.

‘I had to rest. It was awful, I had to cancel all my work and I was really looking forward to getting back to work this week – but I cancelled all of my work and just allowed my body to heal.’