The talented actress, 76, donned a classic Cinderella costume along with a tiara, while her husband, Kurt Russell, 71, wore a prince costume. 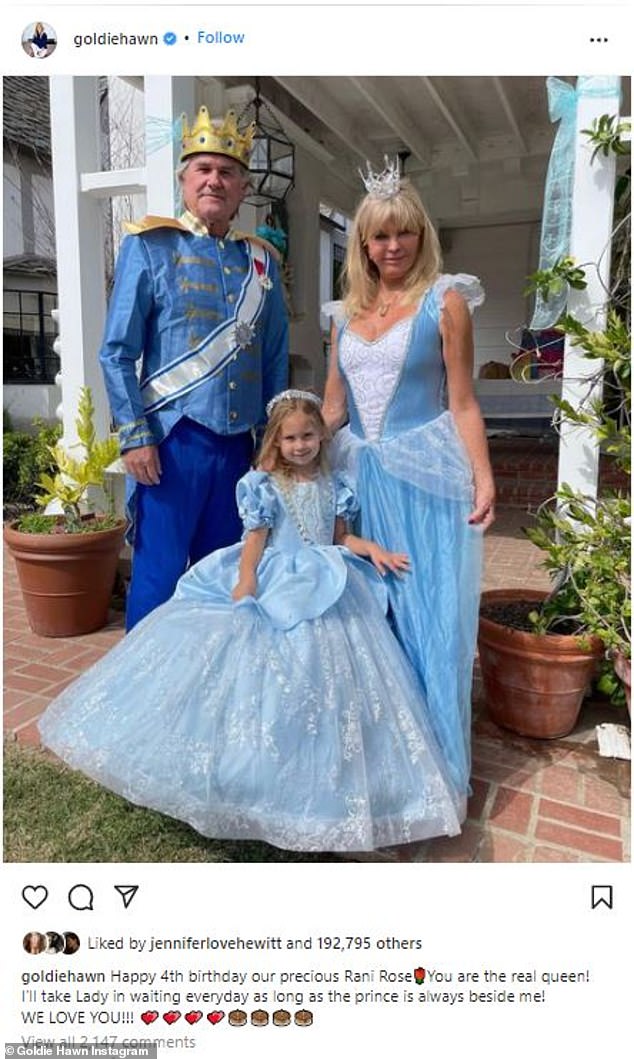 Birthday celebration: Goldie Hawn, 76, shared an Instagram post of herself, husband Kurt Russell, 71, and granddaughter Rani, 4, dressed in costumes for her birthday party 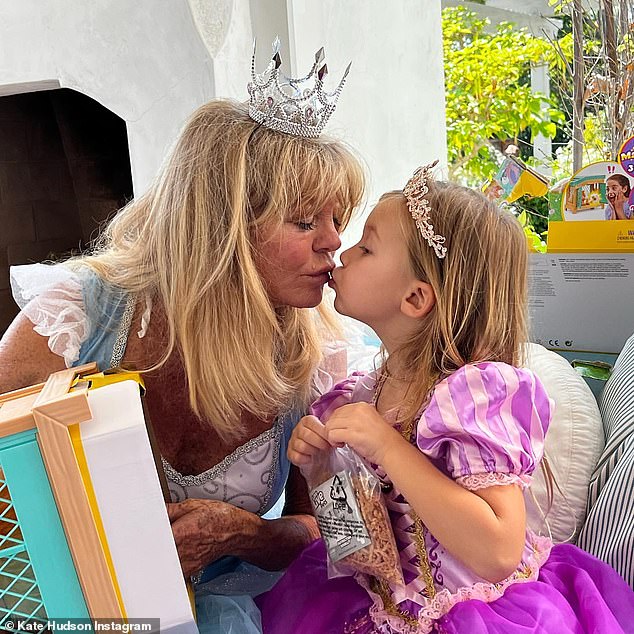 The actress shared an adorable snap of herself wearing a blue Cinderella dress along with a silver tiara on top of her blonde hair.

Her husband and fellow actor, Kurt Russell, also joined in on the festivities, and dressed as a prince. He added a large, gold crown to complete his ensemble for the day.

Goldie’s granddaughter and birthday girl, Rani, matched her grandmother by wearing a Cinderella dress with a full skirt. She added a glittering headpiece to complete her princess-inspired costume.

‘Happy 4th birthday our precious Rani Rose. You are the real queen,’ the actress typed out in the caption of her post. 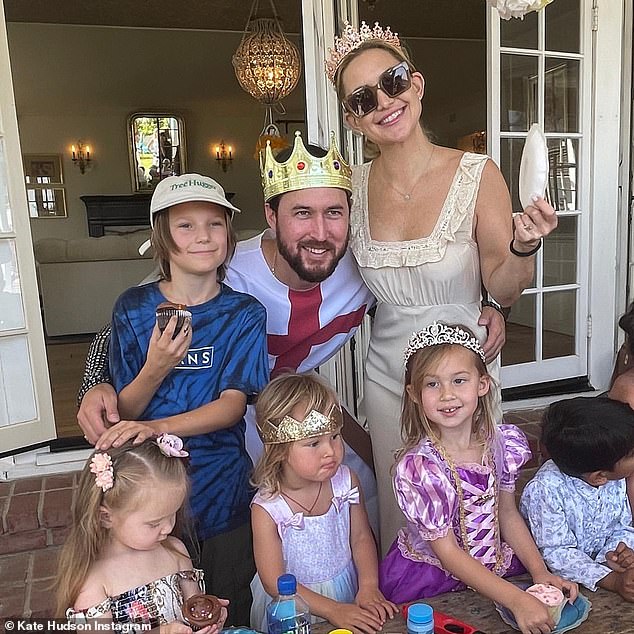 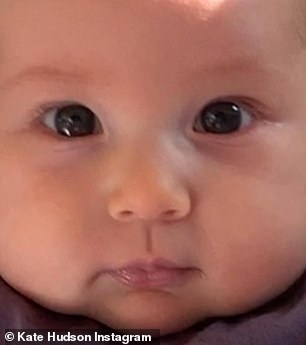 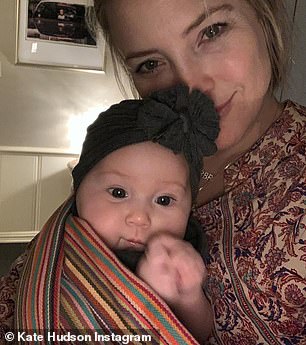 Flashback: Kate also shared snaps of Rani as a baby

Goldie concluded, ‘I’ll take Lady in waiting everyday as long as the prince is always beside me! WE LOVE YOU!!!’

Kate shared snaps from the celebration too that showed Rani wearing yet another princess dress, this time in purple.

She wrote: ‘Our dreamy girl is 4 years today! Happy Birthday to Rani Rose! Rani fills our hearts so full of love as she meets everyday with enthusiasm, beauty and humor. We partied hard today… the princess way’ 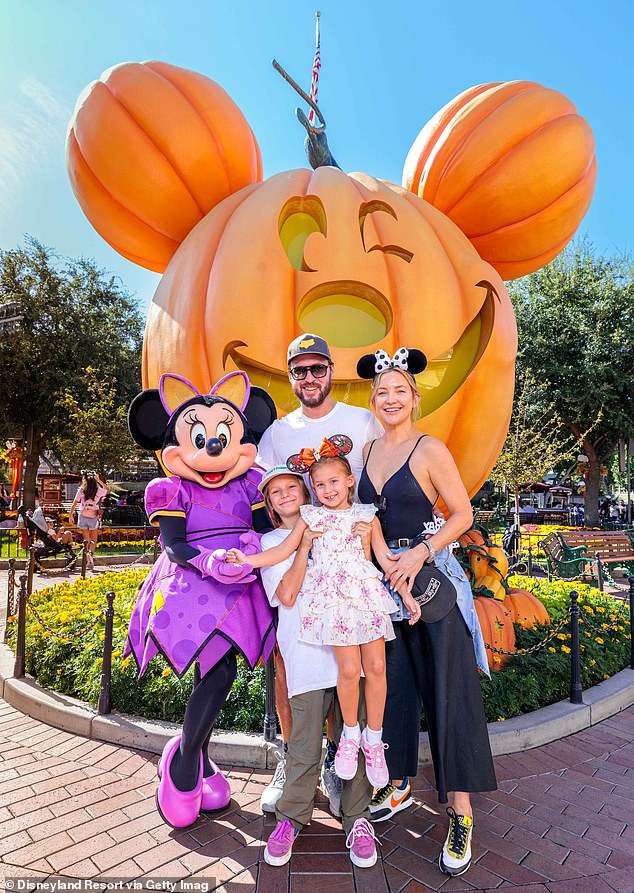 Rani had an earlier celebration at the happiest place on Earth, also known as, Disneyland last month towards the end of September.

Kate took her daughter to the amusement park, and was also accompanied by her fiance, Danny, and 11-year-old son Bingham, whom she shares with her ex and Muse singer, Matt Bellamy.

The family took a cute group photo with Minnie Mouse as they posed in front of a Mickey Mouse shaped pumpkin at the theme park.

The How To Lose A Guy In 10 Days actress also shares her oldest son, Ryder, 18, with ex and musician, Chris Robinson.

Goldie and Kate appear to have a very close relationship, with the Death Becomes Her star having a major role in her grandchildren’s lives.

During a recent interview with E! News, Kate opened up about how she doesn’t want to surpass her mother’s acting career.

‘Contrary to how I guess it seems from the outside in, for me, our family is much more focused on emulating who we are as people,’ the mother of three stated to the publication.

However, the Almost Famous star admitted she does like to ’emulate’ Goldie’s incredible balance as a mother and actress. ‘I do really like to emulate the things she brought to her career and to us as kids, and how she balanced that out.’ 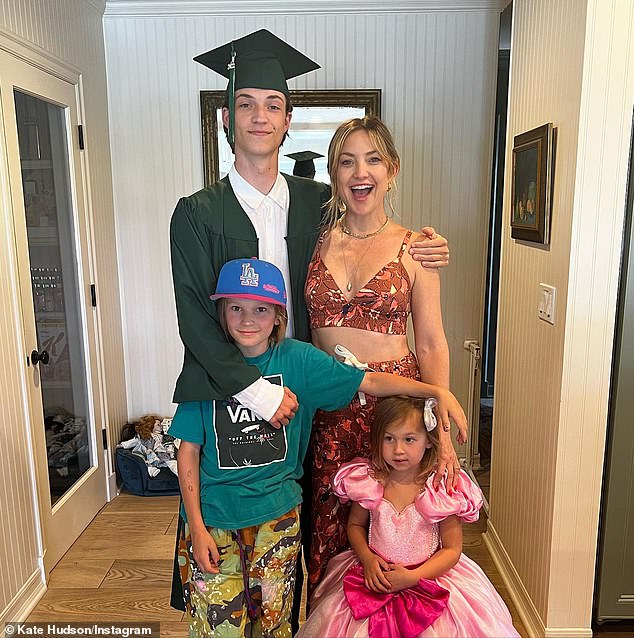 During a joint interview with People, Kate and Goldie opened up about their close relationship.

When talking about what Goldie ‘admires’ the most about Kate as a mother, she explained she applauds her daughter’s, ‘ability to stay steady and mindful as she guides her children to the right road, the right way, and even in discipline.’

‘She has a lot of patience, and a lot of what I would call, good critical thinking on how you handle children,’ she added.

Goldie also gushed that Kate is very, ‘devoted’ to her family and that it is a ‘very beautiful’ part of her. 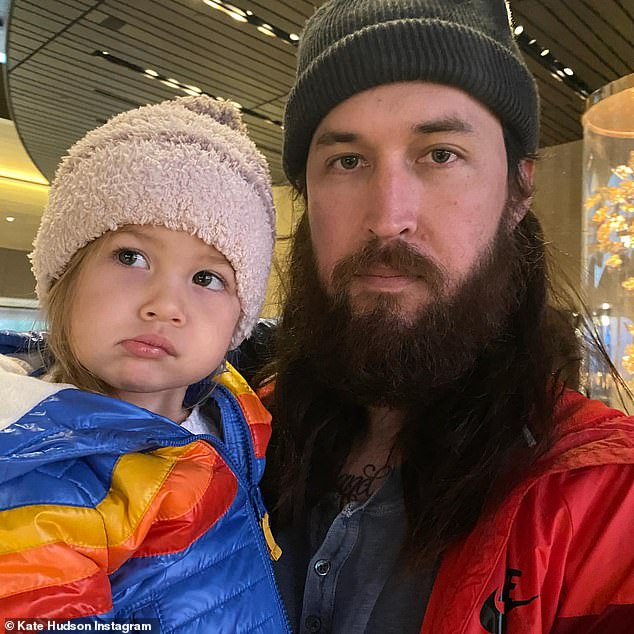