Helena Bonham Carter, 55, showcases her trademark quirky style as she fastens her unkempt hair with an emerald scrunchie on a dog walk

She’s known for her work as an actress on cinematic blockbusters.

Yet Helena Bonham Carter, 55, was worlds away from her on-screen characters as she showed off her quirky casual style to walk her dog in London on Sunday.

The star wrapped up in a black quilted coat with a matching cardigan underneath while she wore a large emerald green scrunchie in her hair. 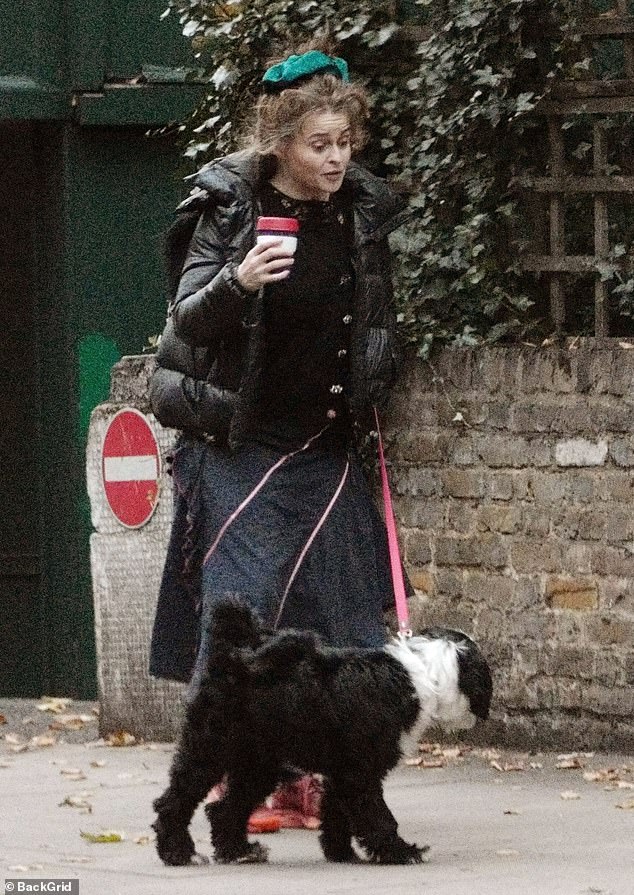 Stepping out: Helena Bonham Carter, 55, showed off her quirky casual style in a black quilted coat and a large emerald green scrunchie as she walked her dog in London on Sunday

Large silver buttons could be seen on her jumper while she wore grey skirt with pink stripes running across it.

The pink in her skirt matched the lead on which she walked her black and white pooch. Helena wore a pair of bright orange trainers and a pair of black tights.

She could be seen tenderly chatting away to her beloved canine companion as she walked down the road. 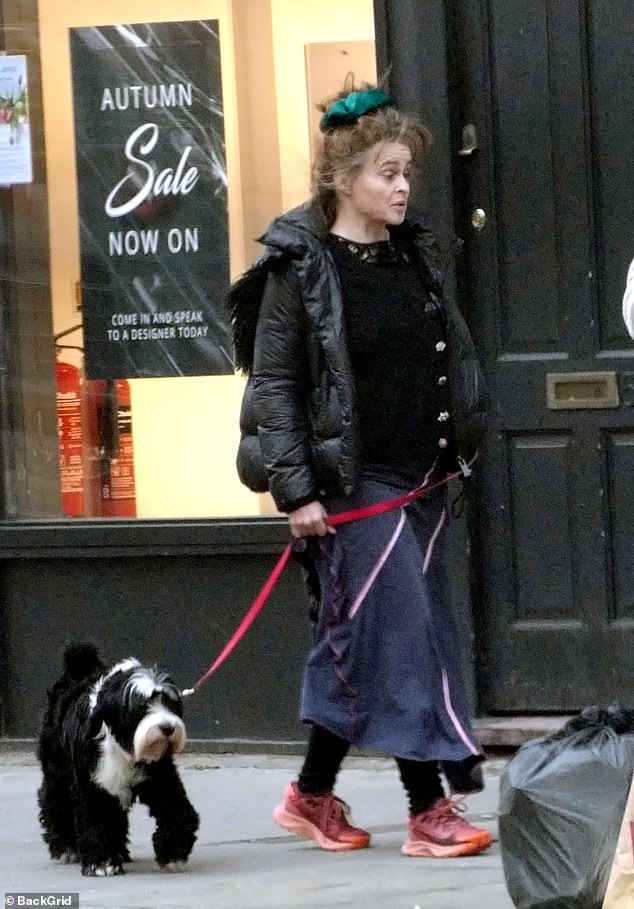 Canine companion: Large silver buttons could be seen on her jumper while she wore grey skirt with pink stripes running across it

The screen star sipped on a cup of coffee which she’d poured into a plastic cup.

While she was seen alone on her walk, Helena is currently in a relationship with Rye Dag Holmboe who she met at a wedding two years ago following her split from American Director Tim Burton in 2014.

The film star admitted it has taken a while for her family to ‘adjust’ and said that things were ‘really very good now’, after initially struggling with not having her two children, Billy and Nell, around all of the time. 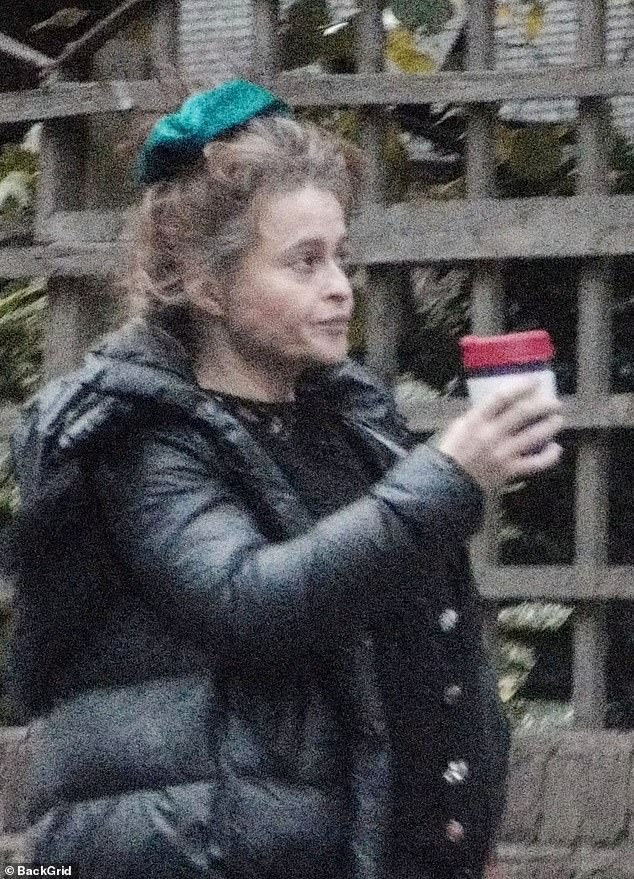 Refreshed: The screen star sipped on a cup of coffee which she’d poured into a plastic cup for her outing 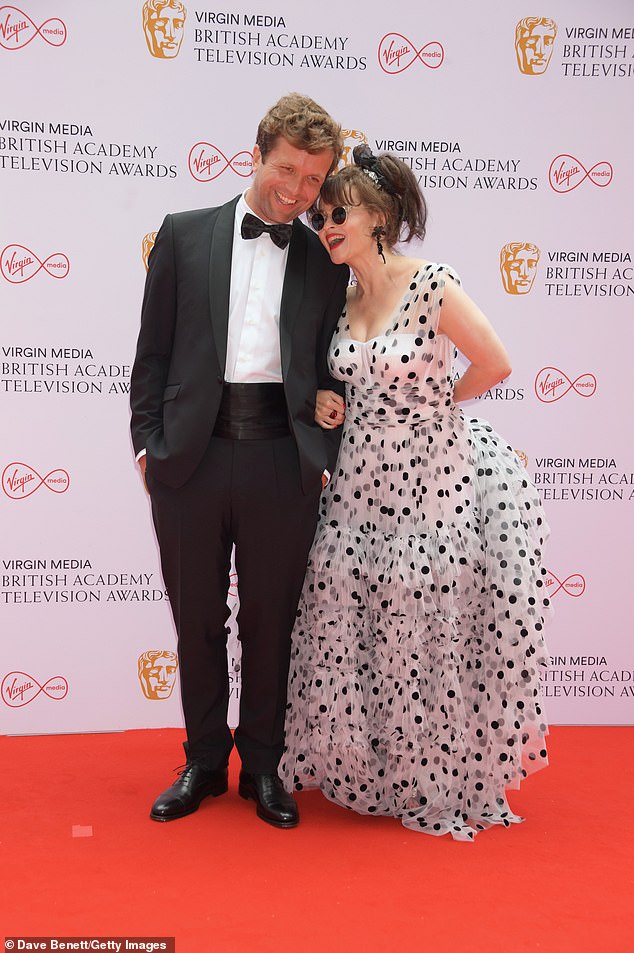 Moving on: Helena has been dating ‘magic’ boyfriend Rye Holmboe, whom she revealed she met at a wedding two years ago  (pictured in June)

While Helena insisted she wasn’t able to reveal why she and Tim went their separate ways, she did say: ‘I didn’t leave, put it that way’.

Since the split she has been dating ‘magic’ boyfriend Rye.

Explaining how they met, she told the Guardian: ‘A totally random thing, which both of us nearly didn’t go to, so it was one of those moments that was so chance and ended up determining so much.

‘A really happy accident, and it’s an amazing thing.’ 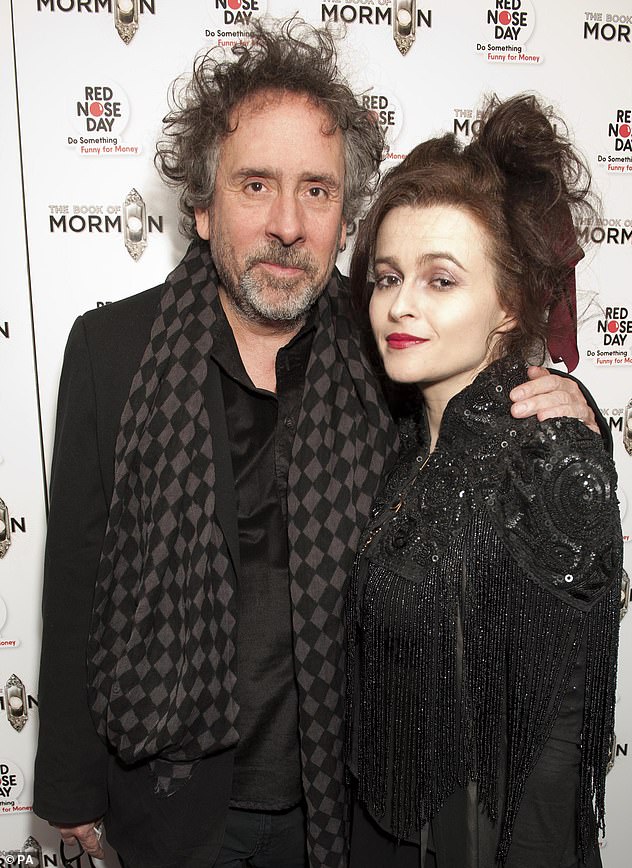 Over: The outing comes after Helena revealed she was ‘reluctant’ to split from ex Tim Burton, 62, six years after they announced they went their separate ways (pictured in 2013)