Home » Celebrities » Hey, at least Nicki Minaj has got us talking about celebrity misinformation

Hey, at least Nicki Minaj has got us talking about celebrity misinformation 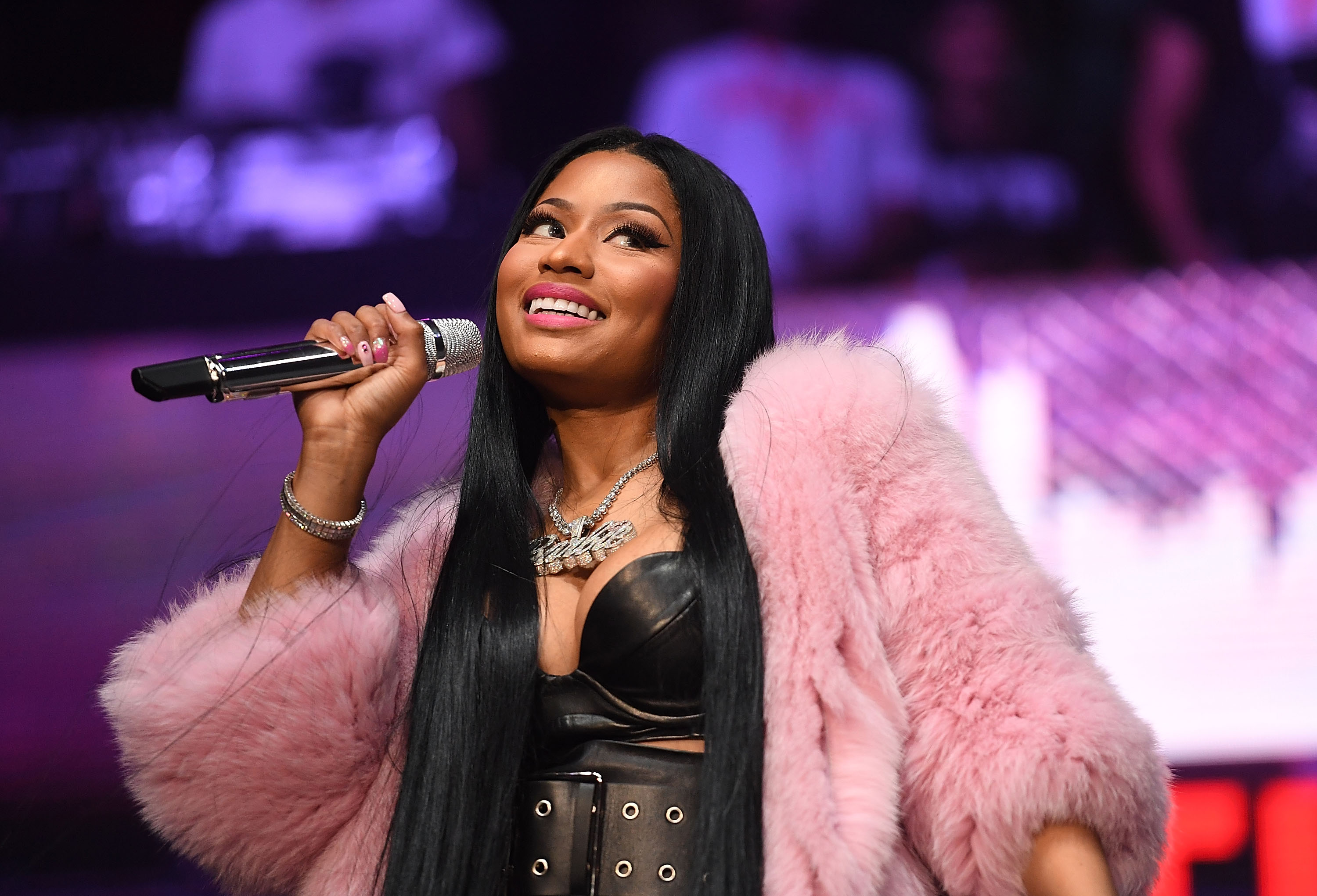 We should all be thankful Nicki Minaj’s baffling tweets about the Covid vaccine have got experts debunking the alleged effects on testicles, right?

Or is this just another example of celebrities grossly misusing their amazingly impressionable platforms?

For those who have a real life, you may have missed the hullabaloo around Nicki’s comments, when she explained why she wouldn’t be attending Monday’s Met Gala.

Writing on Twitter to her 22.7million followers, the rapper explained: ‘They want you to get vaccinated for the Met. If I get vaccinated it won’t for the Met. It’ll be once I feel I’ve done enough research. I’m working on that now. In the meantime my loves, be safe. Wear the mask with 2 strings that grips your head & face. Not that loose one.’

She also said this: ‘My cousin in Trinidad won’t get the vaccine cuz his friend got it & became impotent. His testicles became swollen. His friend was weeks away from getting married, now the girl called off the wedding. So just pray on it & make sure you’re comfortable with ur decision, not bullied.’

For most, it was quickly dismissed by the internet community, who suggested this fella needed to instead be tested for various venereal infections, rather than blaming any sort of swelling on a vaccine for which similar symptoms are yet to be reported in enough detail to be taken seriously.

But, as suspected, despite the star, and I must stress this, not telling her fans not to get the vaccine, and insisting she was still doing her own research on getting it herself, the anti-vaxxers took it and ran.

I’m all for sticking it to the man and not blindly following the crowd, but this ridiculous rhetoric spiralled faster than a double helix and soon England’s Chief Medical Officer Chris Whitty was using the daily briefing to say Nicki should be ‘ashamed’ of her comments, and that we should ignore her, like a petulant sibling who won’t stop mimicking us in the back of the car on the way to Butlins.

Boris Johnson then waded into the conversation, which is when things truly got bizarre, which prompted Nicki to send our fearless leader a voicenote in which she put on a fake British, plummy accent and said she went to Oxford with Margaret Thatcher.

At least she did her research on that one.

Since then, the White House has offered a phone call to Nicki to clear up misinformation around the vaccine, while Trinidad and Tobago’s health minister was less than impressed with her tweet and said dispelling it was a ‘waste of time’.

While I’m glad these health experts and government officials are taking a moment to correct these conspiracies, surely they have much more important things to be doing than dealing with another celebrity publicly peddling some baffling health claim?

It’s hardly the first time a star has used their platform to share conspiracies during the pandemic, with Woody Harrelson and MIA landing criticism in the early days of the health crisis after they shared unfounded claims around 5G.

While it’s true the likes of these influencers, from Nicki and Woody et al to the green-juice-drinking-Namaste ‘social media models’ of Bali, shouldn’t be held to the same level of account as health experts when it comes to expounding such information, and we should know to take their claims with a grain of salt, not everyone is going to. And that’s where the problem is.

According to recent research by Oxford’s Reuters Institute for the study of journalism, it was found that while prominent public figures, such as celebrities and politicians, ‘were responsible for producing or spreading 20% of false claims’ about Covid, their posts ‘accounted for 69% of total social media engagement’.

So it might be hilarious to laugh at these sorts of messages, but how many young people did this message reach, who then decided to skip getting the jab, whether they had testicles or not, and have, in turn, condemned someone who’s not able to get the vaccine, or someone with weaker immune systems relying on the majority of the population to do their bit.

Look, if proper studies show the Covid vaccine really has it in for the testes a lot of us will be eating our hat, but this colossally WTF situation highlights how important it is, now more than ever, that celebrities realise their massive platforms come with a massively swollen responsibility.

I’m not suggesting the likes of Nicki and co need to keep their feelings to themselves. But say such things at your A-list body pump sessions and leave that crap off your timeline where millions of your fans will read it, digest it and, as we’ve since discovered, perpetuate the misinformation around this deadly pandemic we’re still very much dealing with.

Similarly, I’m not saying we need Nicki to be acting as some sort of public health mouthpiece, or editing together a sanctimonious clip where she and her celebrity mates sing a John Lennon song in various keys from their summer homes. It’s fine she shared she was still doing her research around the vaccine, that is her right, but her unfounded ‘anecdote’ on the effects of the vaccine is another thing.

Our favourite stars, who have earned such power and influence throughout their careers, need to realise their words have an impact and when our medical experts are left to issue corrections they need to take a good look at how they use that platform.

They don’t call them influencers for nothing, you know.