Home » Celebrities » How British Architect Eric Wong Designed ‘Belle’s Virtual Reality World: “It’s Made Up Of A Simple Component That Then Modulates And Tessellates”

How British Architect Eric Wong Designed ‘Belle’s Virtual Reality World: “It’s Made Up Of A Simple Component That Then Modulates And Tessellates”

When director Mamoru Hosoda selected Eric Wong to design the virtual world in his movie Belle, Wong was still working a full-time job at an architectural practice. But he wasn’t going to let that get in the way of working with one of his favorite directors.

In Belle, Suzu (Kaho Nakamura), a shy high school student, becomes a global superstar when she sings in the fantastical virtual world of “U.” When a mysterious “beast” disrupts one of her shows, Suzu goes on a journey to discover who he is and save him from a gang of vigilantes.

The world of “U,” designed by Wong, is an industrial city with a twilight sky ever-present in the background. Wong used his experience as an architect to create the city as a tessellating metropolis of skyscrapers to contrast the magical surrealism of the characters. 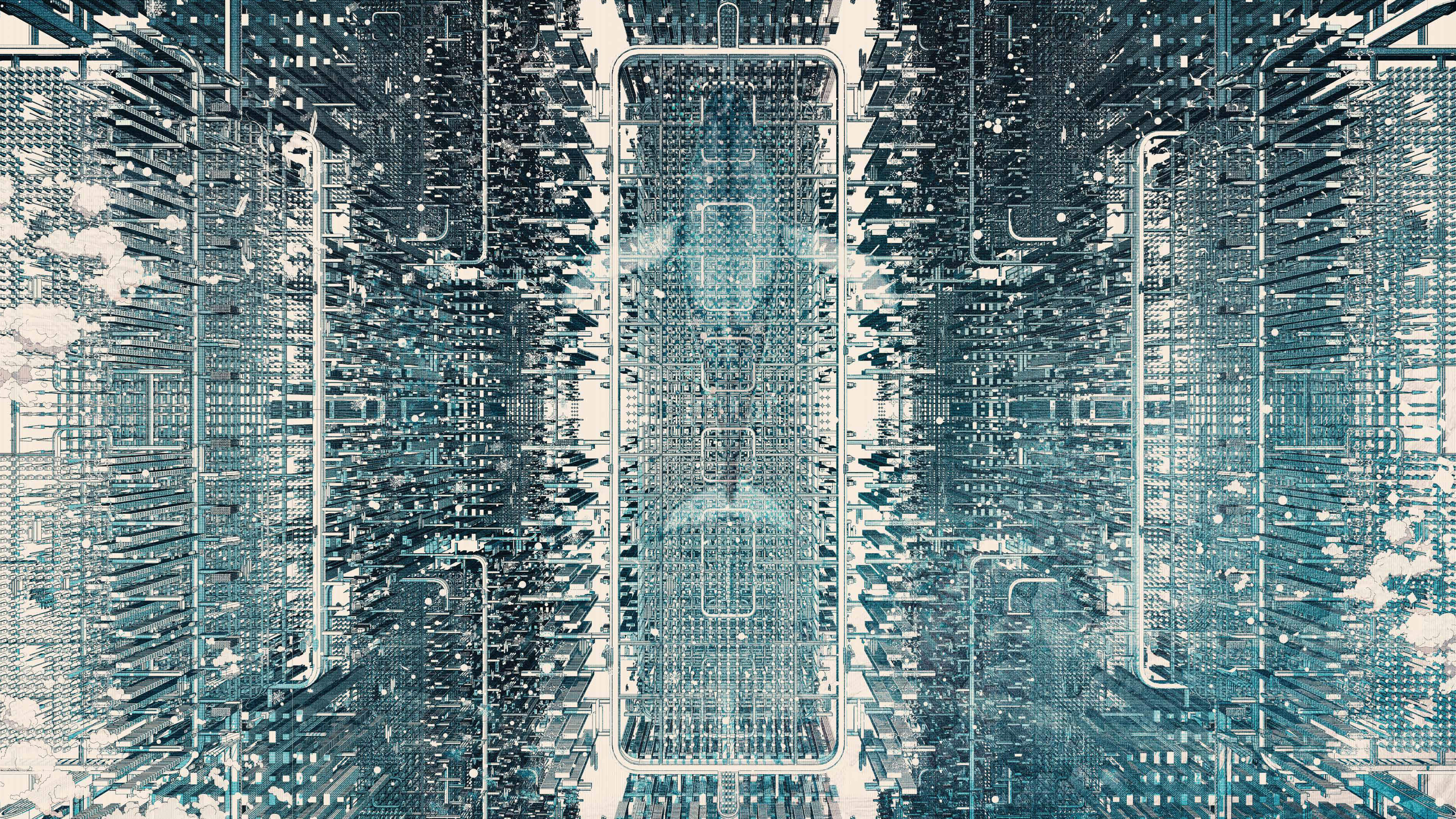 DEADLINE: What was your inspiration for the architecture?

WONG: So the architecture is very modular-based, so it’s made up of a simple component that then modulates and tessellates throughout the whole city, and it’s imagined as this linear city, this single line. But this single line also switches scale and becomes something quite vast and ginormous, so it started from there.

And I remember designing it, and the director was like, “Oh, Eric, did you realize that this single line is this opening sequence is much like the opening sequence of The Girl Who Leapt Through Time?” And so it really went from there, so the architecture is very modulated. There was a few variants of it. There was a initial concept part of it being a U-shaped castle. Much later, it was quite array-like, much like the Summer Wars digital world. And then learning from the other two, it came back full circle to become this city.

DEADLINE: So what was the process like of making it? Did you sketch everything by hand first?

WONG: Yeah, so everything starts with a sketch. I was working a full-time job in an architectural practice, so there was a travel journey to work that would always be my time to sketch and the travel journey back. And then when I’d get home, there would be period where I’d just get into the computer, model it up based on the initial sketch. I started the work back in November 2019, and then there was a solid, almost weekly period where I’d meet the director from November through to about May or June 2020. 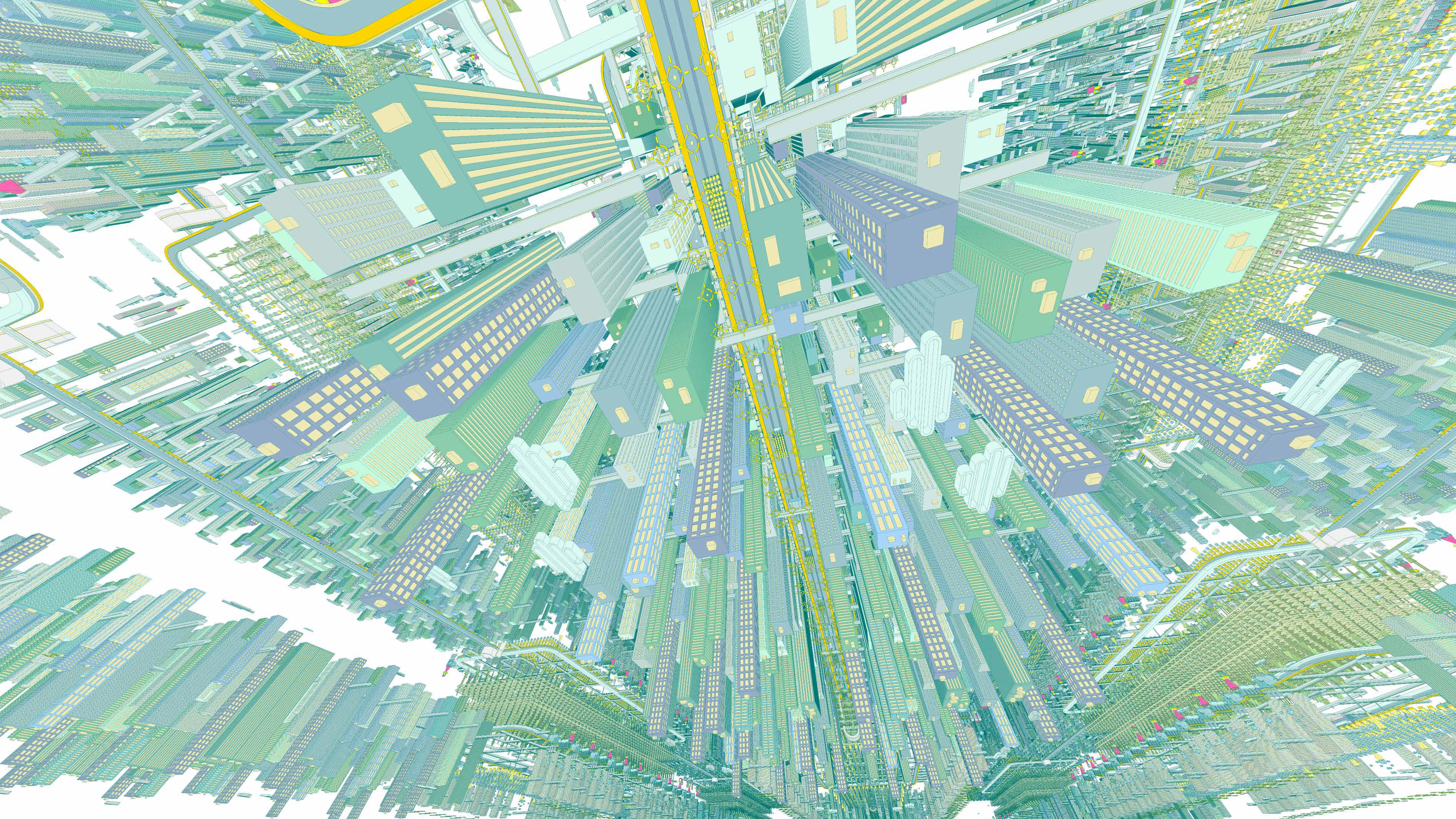 And then there was catch-ups of additional pieces and color changes and sedentary models between May and September of 2020. And yeah, almost a year of working on the proposal. And in that period, there was loads of things designed. So one week it might be the city. Another week it might be the stadium. It might be developments and that feedback on that, through to the app interface and a few other pieces, which was quite fun.

There’s sort of three key ideas, a central public gathering hub in the city of skyscrapers, the omni direction of escape and the street view with key lines of light and sizes. So these are just some key references that represented some of the ideas. And these are some of my early sketches, I guess, of the proposal, from skyscraper variations to how it tessellates to what the street might look like and what these forms might take. And this is just an appendix of views of how it came together and how it forms the modulation of the city and some early views of what this might look like prior to any post-production.

DEADLINE: And how many iterations did the world go through before we get to the final product?

WONG: Oh my God, so many. It went through several iterations, but obviously all for the better. Because week-on-week some ideas that we were developing, even though they weren’t used, were reincorporated in the later design, whether it’s this idea of a whale or a bright sky or whether it’s some geometric forms from the initial concept art, whether the radiant work and it was more linear, which also suited the two-point perspective views that are quite symmetrical. I can’t tell you how many iterations.

I think if we were to distill it down, I think it was three key major design moves for the city itself. The first one was the initial concept of the U-shaped castle. And then we moved on to having it Summer Wars inspired to have this array-like city. And then we moved to the final linear city that represents not only the river that Suzu passes by, but a single string or line, as you call it. Those were the major city shifts in the proposal.

Jussie Smollett Says He Was Victim Of $2M Shakedown Along With Attack; Defense Rests