Quarterback Trevor Lawrence was selected with the No. 1 overall pick by the Jacksonville Jaguars in the 2021 NFL Draft. The franchise hasn’t had much to cheer about for some time but there’s hope that Lawrence can turn things around and can give fans a reason to smile again on game day. Jags fans also have plenty of questions about the young signal caller who was a superstar in college.

Here’s more about Lawrence’s life off the field including how he met his wife, Marissa Mowry, and what she documents about their lives on social media. 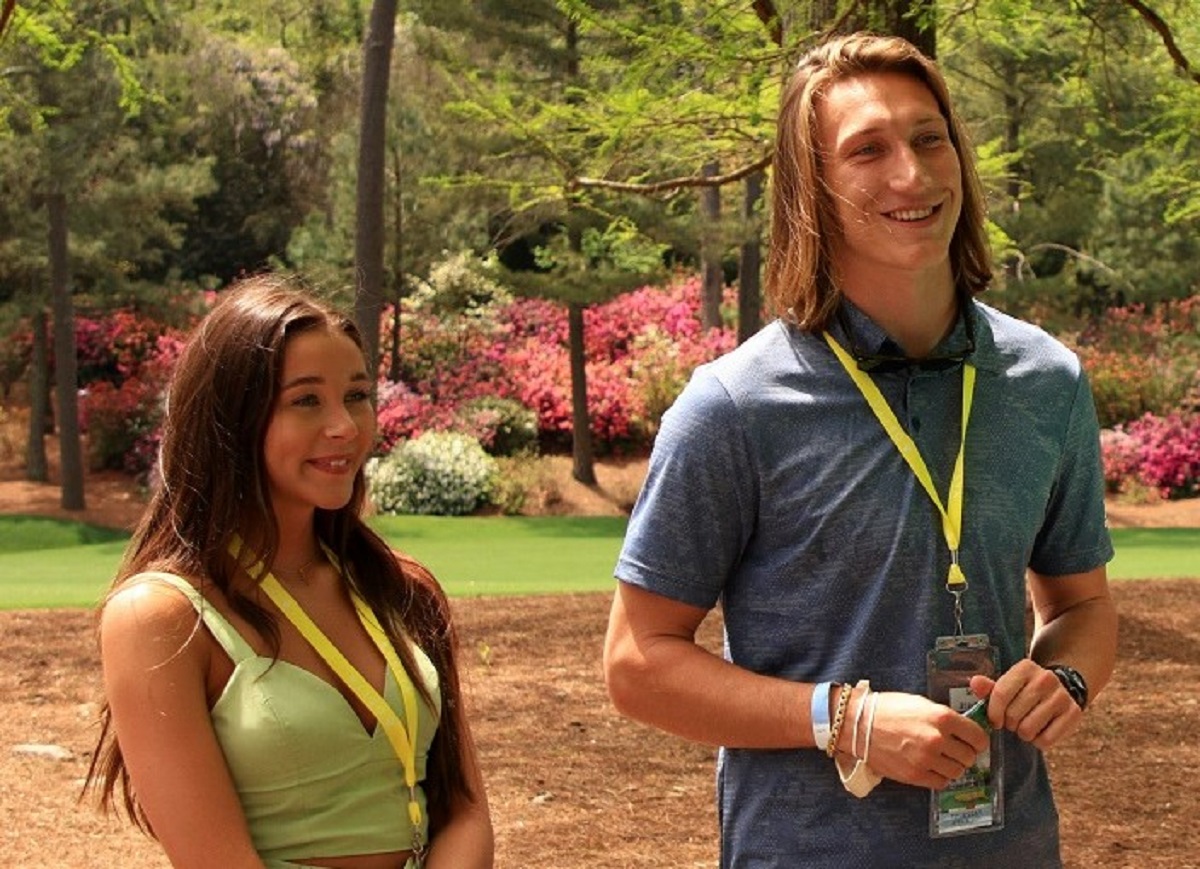 How Lawrence and Mowry met and when they got married

Lawrence and Mowry are high school sweethearts. The pair met when they attended Cartersville High School in Georgia together and started dating in 2016.

On July 17, 2020, Lawrence got down on one knee at midfield inside Clemson’s Memorial Stadium and proposed to Mowry.

Days later, she posted a letter to her future husband via Instagram which read: “When I sat down and thought about our engagement day I just got overwhelmed with thankfulness that 1) I get to marry my best friend 2) He had the most detailed, sweet proposal planned 3) I have so many amazing friends who celebrated us all weekend and received so much love from everyone.”

Lawrence and Mowry said “I do” on April 10, 2021, during a private ceremony in Bluffton, South Carolina. The football player had to skip out on the draft prospect in-person medical exams and physicals as they were taking place the same time as his wedding.

Lawrence’s wife is an athlete as well

Mowry was born on Nov. 10, 1999, in Cartersville, Georgia, to parents Steve Mowry and Kelly Huffman Cass. She has two sisters McKenzie and Miranda.

Like her hubby, Mowry is an athlete. She became interested in sports at a young age and began playing soccer when she was 5 years old. She continued to play the sport through college for Anderson University. In November 2020, when Mowry was informed that the school’s soccer season would be canceled due to the coronavirus (COVID-19) pandemic, she penned an emotional goodbye to the game she loves.

“Looking through the years I’ve played, there are so many good times. So many hard days. So many tears of both joy and hardship. I wouldn’t trade them for anything,” she captioned several photos in her uniform and on the field over the years. “Thank you so much to everyone who took the time to make me feel Loved and valued during all of this. Thank you to every person along the way who encouraged me and fought with me. Thank you to every teammate I’ve had, I cherish our memories forever. Thank you Anderson for making a home away from home for me. Thank you to all of my coaches who never stopped pushing me and believing in me.”

The Anderson University alum is very active on social media and keeps her followers in the know about her and Lawrence’s daily lives.

In early October, Page Six noted that Mowry documented an early birthday present she got for the signal caller. She gave him a Bartesian cocktail maker and then filmed him using it to make a couple of cocktails. But that wasn’t all she got him. “This is his other present cause he always complains about his feet being cold,” she wrote with a pic of electric heated foot warmers.