So subtle! Duchess Kate honored her late mother-in-law, Princess Diana, during one of her recent royal engagements.

The Duchess of Cambridge, 39, and Prince William spent the afternoon with first lady Dr. Jill Biden and other world leaders at the G7 summit on Friday, June 11. While she met with students and fed bunnies alongside Queen Elizabeth II and Duchess Camilla, Kate accessorized with a three-strand pearl and diamond bracelet, which seemingly belonged to the late Princess of Wales. 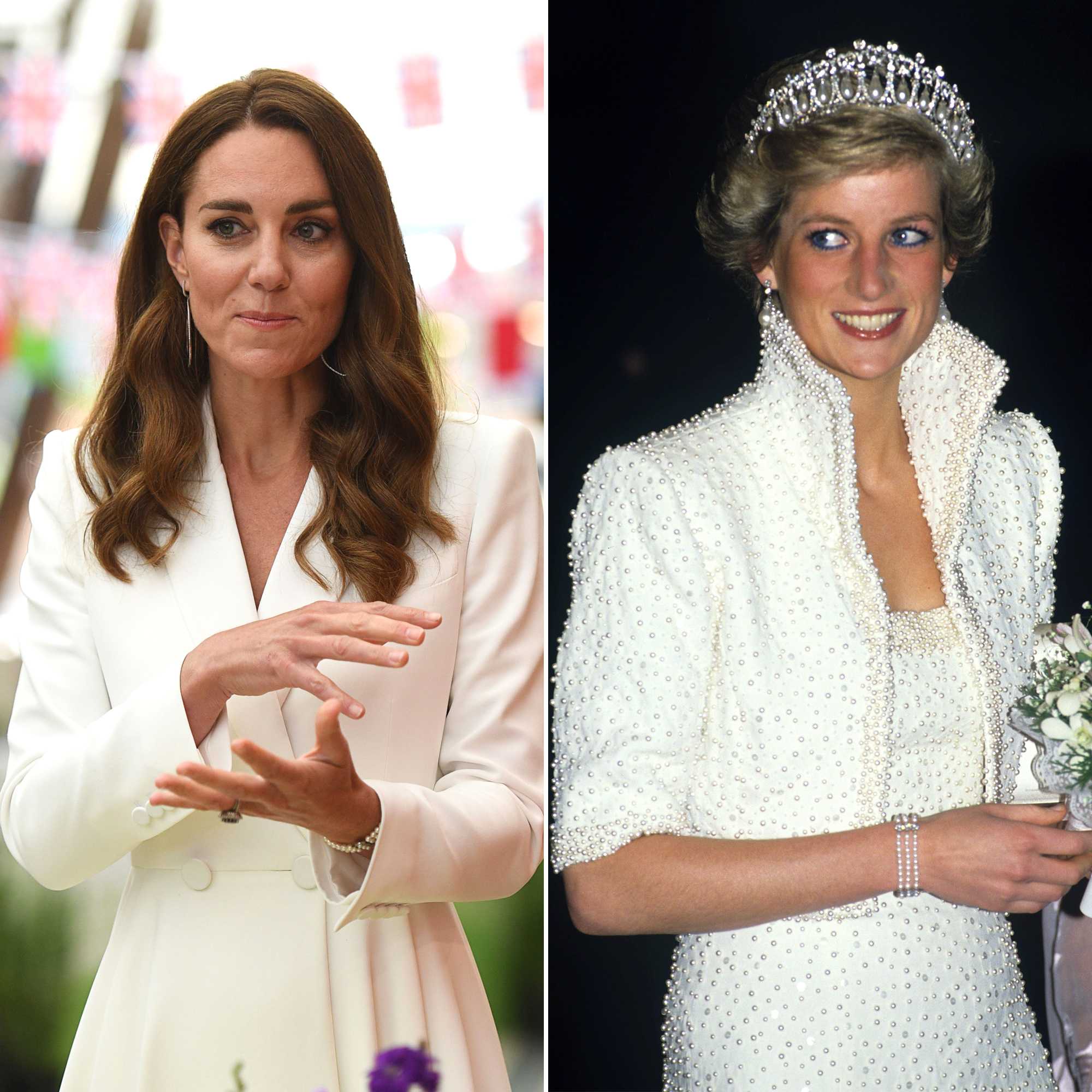 Diana, who died in a car crash in Paris in August 1997, was spotted sporting the bauble on multiple occasions, including a 1989 visit to Hong Kong. Since joining the royal family in 2011, Kate has been seen wearing the bracelet twice: during a 2017 trip to Berlin and while on her 2018 royal tour of Sweden.

The younger generation of British royal family members — including William, 38, and Prince Harry — have each kept Diana’s memory alive in different ways. Earlier this month, Harry, 36, and his wife, Meghan Markle, paid tribute to the “people’s princess” upon welcoming their daughter, Lilibet “Lili” Diana. The couple’s second child arrived on June 4 and is named after both the queen, 95, and Harry’s mother.

One week after her niece’s birth, Kate opened up about the newest addition to the family. “I can’t wait to meet her,” she told reporters on Friday. “We haven’t met her yet. I hope that will be soon.”

With Harry and the Suits alum, 39, currently living across the pond in California, Kate hopes to connect with them via FaceTime, but she said they “haven’t” gotten the chance yet.

Things between the Sussexes and the Cambridges have been frosty for quite some time — and only got more tense when Harry and Meghan decided to step down from their senior royal duties last year. While the brothers may not be on the best of terms, Kate has done her best to bridge the gap between the two siblings.

“Kate is a natural leader who has a magnificent ability to remain composed, even during the most challenging situations,” a source exclusively told Us Weekly following the Archewell cofounders’ explosive CBS tell-all in March. 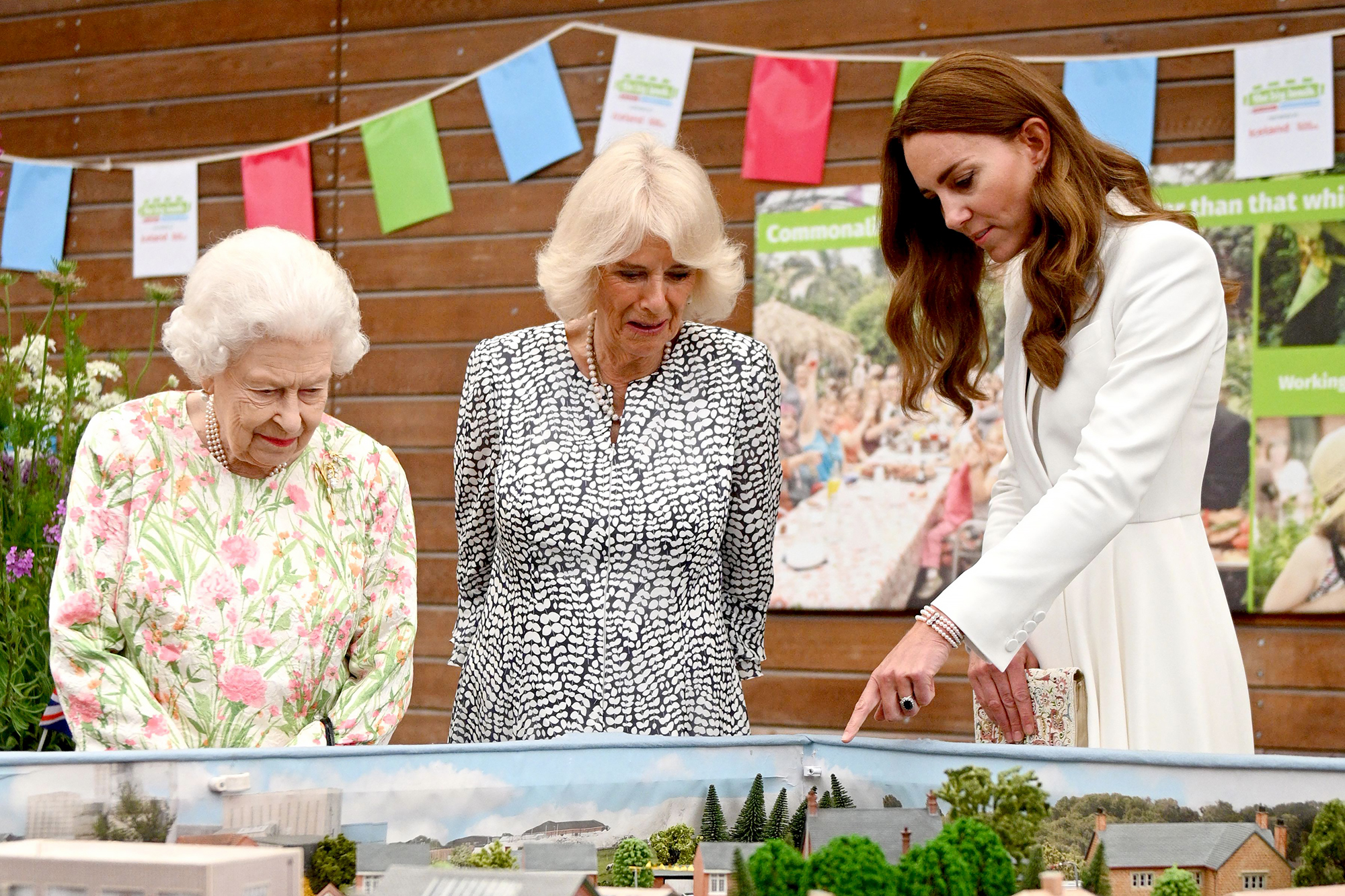 Another insider added that Kate has “been her husband’s pillar of strength throughout this whole ordeal.”

The trio reunited in April for the late Prince Philip’s funeral and were caught chatting outside the chapel when the service ended. Body language expert Elaine Swann noticed that the royal appeared to be “at ease” around one another despite their drama.

“I think genuinely these brothers, they want to reconcile,” Swann told Us after the somber event. “They want to get past their differences. They’ve been through a lot together.”

Royally Rocky: Inside William and Harry’s Relationship Over the Years

Kate is also hoping to see the brothers mend their strained relationship and even acted as the “peacemaker” between them at the memorial. “The Duchess of Cambridge made a point of speaking to Harry,” royal expert Katie Nicoll told Entertainment Tonight in April. “And when she did that, you can see them visibly relax.”