Home » Celebrities » How Much Is Michael Avenatti Actually Worth?

How Much Is Michael Avenatti Actually Worth?

Michael Avenatti rose to fame as the attorney for Stormy Daniels in her lawsuits against President Donald Trump. The brash attorney was a fixture on the news and talk shows during the legal battles with Trump. But Avenatti’s rise came to a halt because of criminal fraud charges. The Associated Press reported on July 8 that the now-infamous attorney was sentenced to two and a half years in prison for trying to extort millions of dollars from Nike.

According to the AP, Judge Gardephe said Avenatti “had become someone who operated as if the laws and the rules that applied to everyone else didn’t apply to him.” With all the legal woes Avenatti is facing, how much is the attorney actually worth? Keep scrolling to learn more.

Michael Avenatti's net worth is $8 million 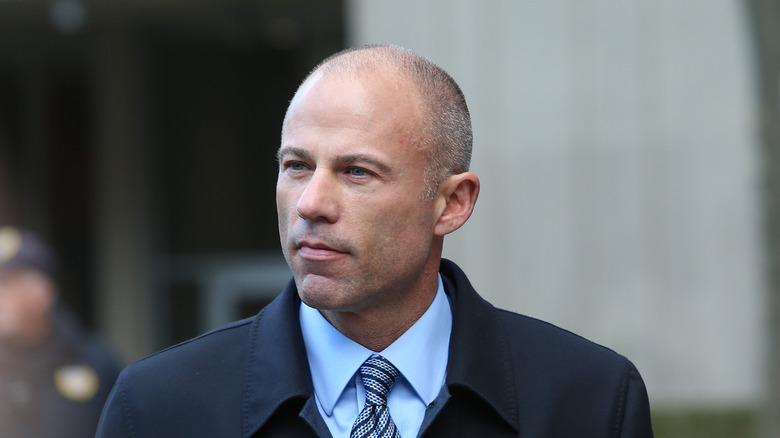 According to Celebrity Net Worth, Michael Avenatti’s net worth is $8 million. But HITC reported that Avenatti’s current net worth is a substantial drop from 2019 when the brash attorney reported a net worth of $20 million. The infamous lawyer, made famous for his battles with former President Donald Trump, earned a high salary for his work, winning more than $1 billion in judgments for clients, per The Sun.

But Avenatti’s expensive lifestyle and legal problems impacted his net worth. The Sun reported that he took time off from work in 2015 to be a race car driver, competing in the 24 Hours of Le Mans. Celebrity Net Worth outlined a few of the California attorney’s extravagant expenses made public in his 2017 divorce from Lisa-Storie Avenatti. The outlet reported that Avenatti and his now ex-wife had monthly expenses of $65,000 a month. The couple had a home in Newport Beach worth $17 million, a private plane and pilot, and more.

In addition to the Nike fraud charges, HITC reported that Avenatti’s firm had a $10 million judgment against it in 2018, which likely impacted his finances, too.