I’M A CELEBRITY 2022 LIVE: Matt Hancock and Seann Walsh gear up for their first Bushtucker Trial as they enter jungle for the first time

This is MailOnline’s live blog for episode four of I’m A Celebrity… Get Me Out of Here! 2022:

Charlene doesn’t understand why Matt has chosen to do reality TV – we think she’s not the only one! 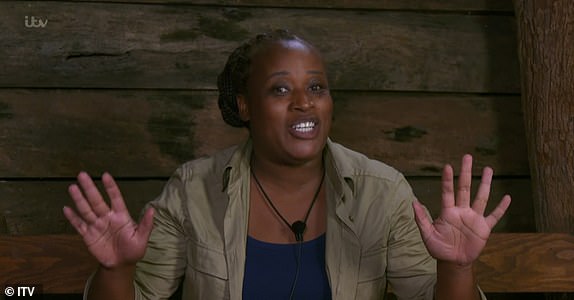 Babatunde is gonna cause some DRAMA with Matt and I love to see it!! #ImACeleb pic.twitter.com/zD9epoaPO9

Scarlette doesn’t beat around the bush, does she?

AHAHAH THE CELEBS QUESTIONING MATT IS SENDING ME. PLS ITS SO AWKWARD #ImACeleb

A few jaws dropping among the celebs as Matt enters camp

chris moyles is all of us rn #ImACeleb

Matt and Seann aren’t allowed to tell their fellow campmate they are moles… how will they get on?

Matt being told he needs to be corrupt in camp… #ImACeleb pic.twitter.com/Sxk52jQ4pS

Seann says he can’t stop watching Matt in the shower

Get used to it, Matt!

This is bloody hilarious #ImACeleb pic.twitter.com/Bz0I6fRsKa

THE LAST TIME SEANN WAS ON A REALITY SHOW #ImACeleb pic.twitter.com/47X7eR9ge3

Get ready Matt, the lines are opening soon!

Open the lines, I’m ready to vote for Matt’s next trail! #ImACeleb

I can’t believe I am saying this but Matt Hancock is hilarious. #imaceleb

WHY IS HE SINGING #ImACeleb pic.twitter.com/ae3mihdg0x

Wednesday’s show kicked off with Boy George and Scarlette emptying the dunny together – fun times!

Boy George every time he finishes a sentence! #ImACeleb pic.twitter.com/8gkybGIhhR