Is this Scott Disick's VERY naughty nickname for Pete Davidson?

It appears Scott Disick might have a very naughty nickname for Kim Kardashian’s boyfriend Pete Davidson.

After posting a sizzling bikini snap of herself on Thursday, Scott couldn’t help but reply with a cheeky comment on Instagram, writing: ‘Damn! Where’s the tripod!’

It appeared to be in reference to the much-talked about size of Davidson’s manhood, which is said to have inspired the popular phrase ‘big d*** energy.’ 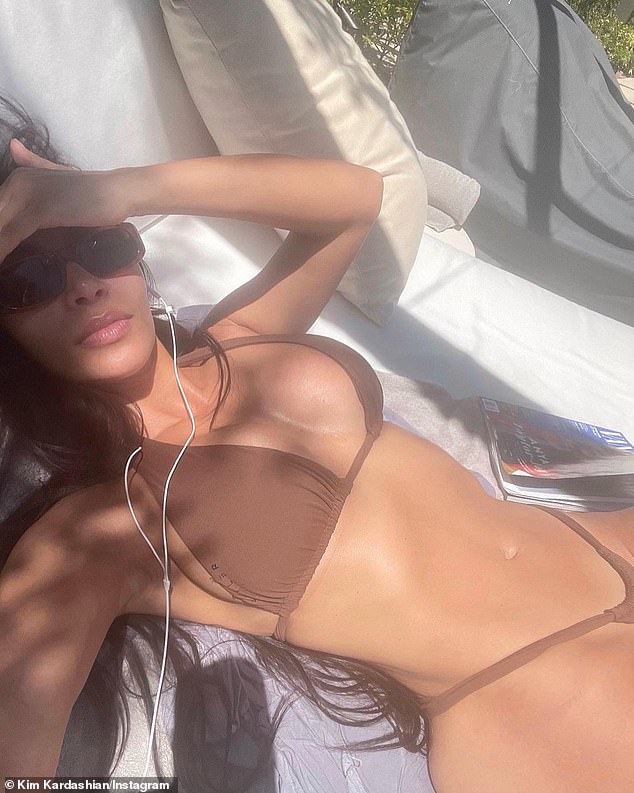 The comment caused quite the stir, gathering over three thousand likes in just a few hours – with many fans replying to the jibe.

A ‘tripod’ is often used to describe a well-endowed man as it is interpreted as a ‘third leg’ and the joke was not lost on Kim’s followers.

‘It’s got to be, it can’t be anything else, he’s not that funny,’ one fan responded.

‘I would bet anything this is Pete’s nickname,’ someone else said, while another wrote: ‘So the rumors are true about Pete?’ 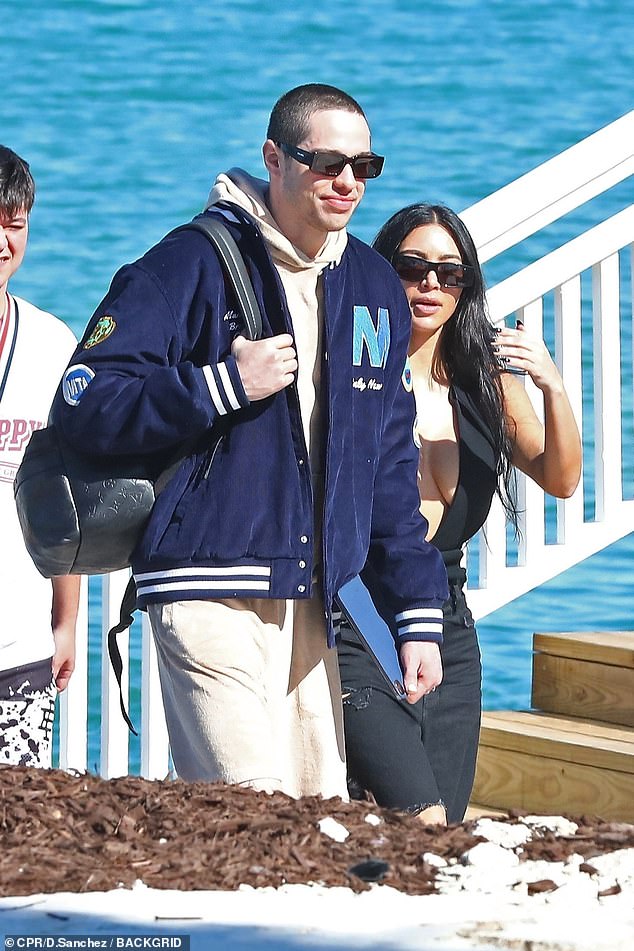 Rumors: It appeared to be in reference to the much-talked about size of Davidson’s manhood, which is said to have inspired the popular phrase ‘big d*** energy’

The rumors surrounding Pete all started when his ex-fiancé Ariana Grande once famously boasted about the size of his manhood on Twitter, prompting a social media user to coin the phrase ‘big d**k energy.’

A fan had asked Ariana ‘How long is Pete?’ referring to the song named after the star on her album, to which she replied, and later deleted: ‘Like 10 inches? …oh f—…i mean…like a lil over a minute.’

A Twitter user named Tina (@babyvietcong) responded: ‘Pete Davidson is 6’3 with dark circles, exudes big d**k energy, looks evil but apparently is an angel, and loves his girl publicly the only thing wrong w him is that he’s a Scorpio but anyway….. I’d married him within a month too.’ 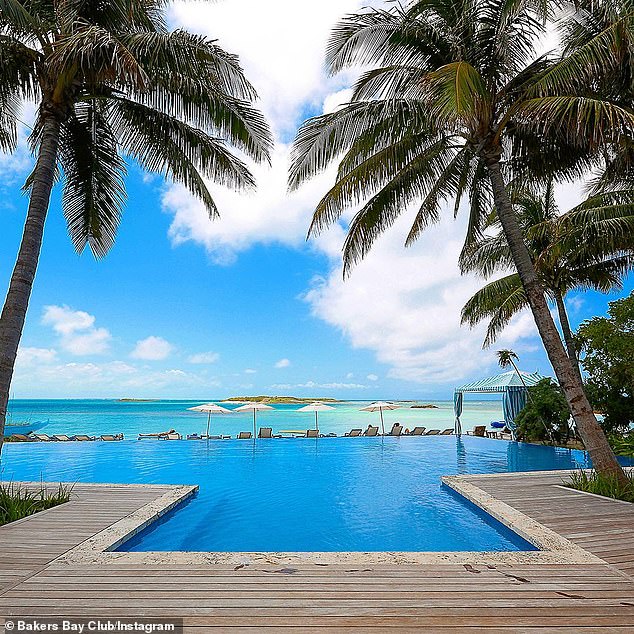 Inside Kim Kardashian and Pete Davidson romantic Bahamas getaway: This is where the smitten couple are living it up, at the exclusive A-List approved Baker’s Bay Golf & Ocean Club (Pictured above)

Whatever the case may be, Kim certainly looked as though she needed a lie down while posing for her holiday Instagram snap.

The smitten couple are enjoying a luxury break in Barbados, staying at the exclusive, members only Baker’s Bay Golf & Ocean Club.

The comedian is said to be getting ‘very serious’ with Kim after striking up a romance only a few months ago when they appeared on Saturday Night Live together in October. 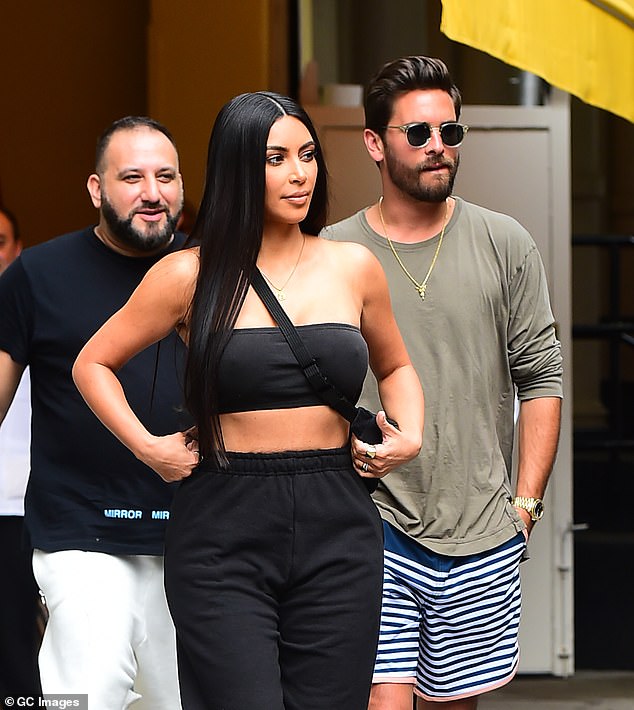 In the dog house? Kim has yet to respond to Scott’s comment (Pictured together above in 2017)

A source told E! News: ‘Kim and Pete are getting very serious. He has been hanging out at her house more. She’s smitten and the relationship is very exciting to her.’

However, the celebrity duo are determined to make their long-distance romance work.

The insider told the website: ‘They are making the distance work, and he’s planning to be in LA more often now.’