Jada Pinkett Smith states that she does not lend money generously

Jada Pinkett Smith says she won’t lend money to her friends and family: ‘I’m not trying to have fallouts over money’

Jada Pinkett Smith is apparently very selective with how she chooses to spend her money.

The 49-year-old actress opened up about how she sets financial boundaries while with her 20-year-old daughter Willow and her 67-year-old mother Adrienne Banfield-Norris on Tuesday’s episode of their Facebook Watch series Red Table Talk.

Touching on ‘awkward conversations’ this week, said: ‘First of all, I don’t lend money…I only give money that I am willing to give like, “this is a gift.” I do not lend money because that turns into a lot of problems, just as far of the expectation of people paying you back or what have you.’ 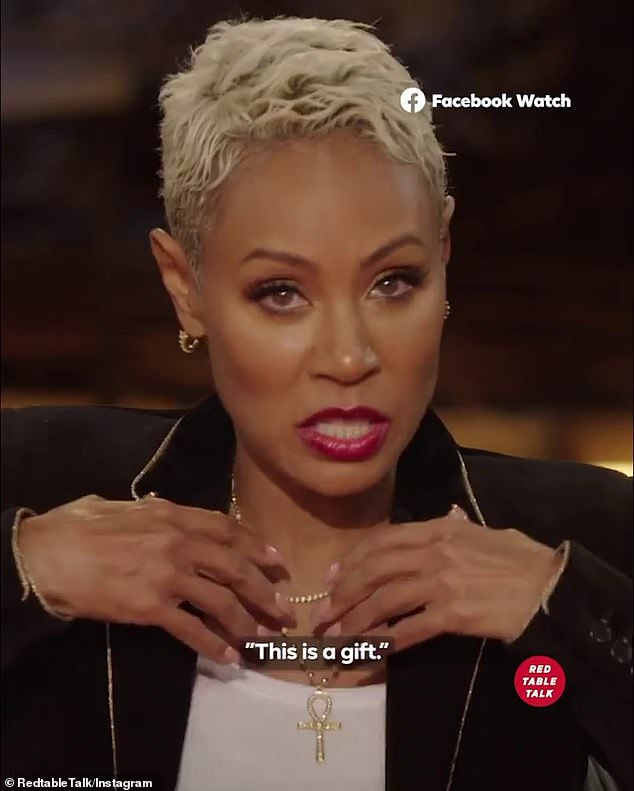 Keeping her circle small: Jada Pinkett Smith stated on Tuesday’s episode of Red Table Talk that she does not lend money to her friends or family

During the episode, Pinkett Smith was seen wearing a black sports coat on top of a white t-shirt with a pair of thigh-high leather boots.

She kept her blonde hair cut short for the taping and accessorized with multiple necklaces and earrings.

When the topic of giving money to others was brought up, the actress spoke about her perspective on the issue, and noted that her views were shaped by the circumstances of her upbringing.

She stated that: ‘I would also say, for people like us who came from backgrounds where we didn’t have much: don’t feel guilty.’ 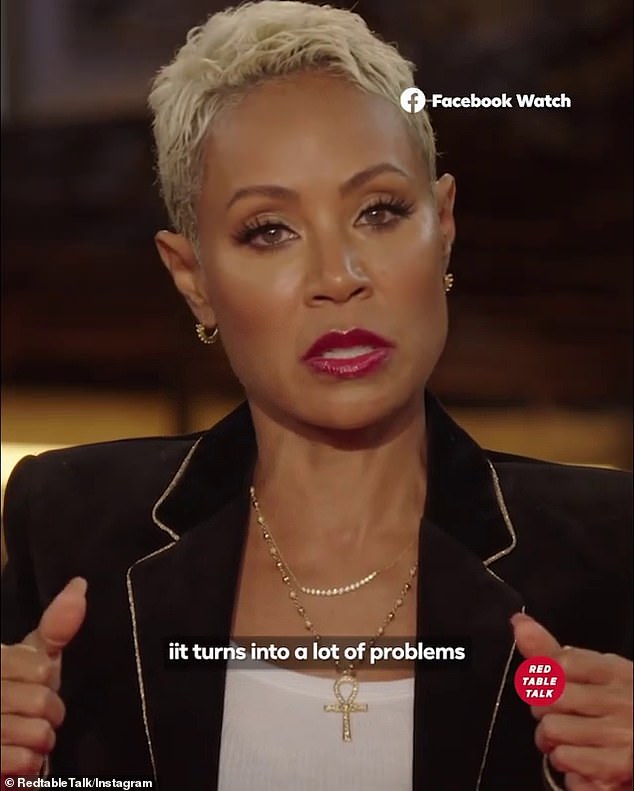 Giving some insight: The actress stated that her viewpoints on money were influenced by the struggles of her upbringing

The Scream 2 actress then noted that she had come up with a number of guidelines that she utilized to keep her financial generosity in check.

‘First of all, I don’t lend money…I only give money that I am willing to give like, “this is a gift.” I do not lend money because that turns into a lot of problems, just as far of the expectation of people paying you back or what have you,’ she said.

She also noted that she does not typically give her money to anyone that she is not particularly well-acquainted with or does not fully trust.

Pinkett Smith stated that her generosity is only extended to: ‘people who are close to me, ’cause I’m not trying to have fallouts over money.’

The Gotham actress also made a point of noting that she does not give funds to anyone that she sees as financially irresponsible. 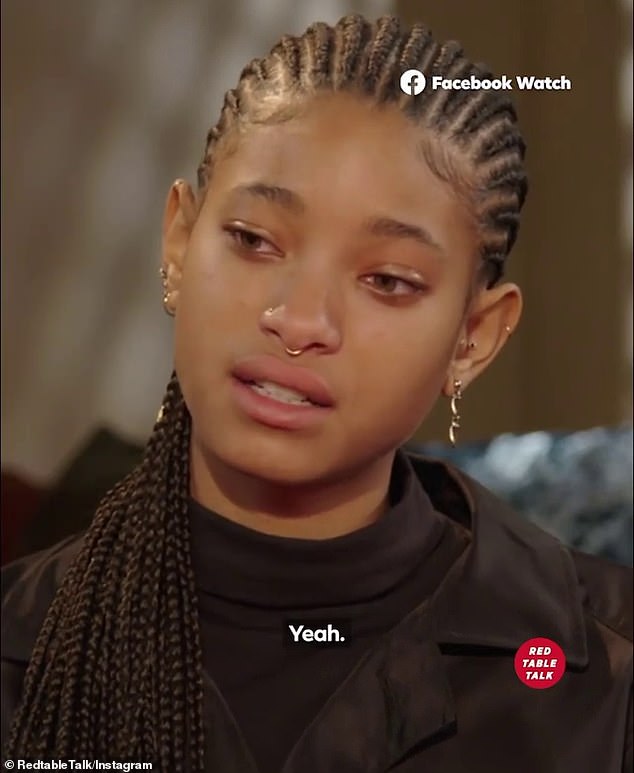 Special occasions only: Pinkett Smith noted that she prefers to give her money out as gifts to those she trusts will use it well

‘So it’s like, somebody’s like, ‘I want a new house,’ but they don’t have a job to support the house they’re trying to buy…well, you’re not ready for that,’ she opined.

Pinkett Smith concluded with the assertion that outside influences that attempt to persuade individuals into lending funds because of a shared background did not meet her criteria either.

She noted that: ‘People will make you feel like, “You owe me. I was standing next to you. I grew up in the house with you. I did this and that with you I knew you when.” And at the end of the day, you don’t owe nobody nothing.’

Red Table talk first premiered on Facebook Watch in 2018 and is currently in its third season; Pinkett Smith serves as one of its executive producers. 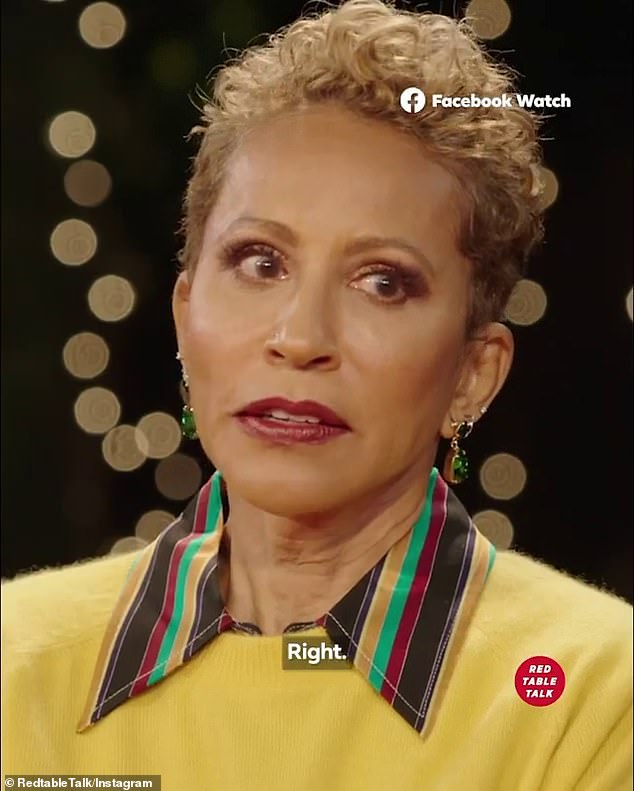 Having some support: The actress is regularly joined on the program by her mother Adrienne Banfield-Norris and her daughter Willow