Jamie Lee Curtis Reveals Child, 25, Is Transgender: We Are Full Of ‘Wonder & Pride’

Proving that her life is a constant ‘metamorphosis,’ Jamie Lee Curtis revealed that she and husband Christopher Guest’s youngest child is transgender and that they’re so proud of their daughter.

Jamie Lee Curtis revealed in an AARP The Magazine interview that one of the biggest “old ideas” that she and her longtime partner, director/actor/writer Christopher Guest recently ditch was around gender. Jamie, 62, told the publication that she and her husband had “have watched in wonder and pride as our son became our daughter Ruby. And she and her fiancé will get married next year at a wedding that I will officiate.” Ruby, 25, works as a computer gaming editor while her older sister, Annie, is married and works as a dance instructor. Jamie added that her life these days is a “constant metamorphosis,” which she hopes will someday include grandchildren.

During the chat, the Halloween star reflected on her family life. As the second daughter of Janet Leigh and Tony Curtis, she was 3-years-old when her parents divorced. She was raised by Janet’s fourth husband, stockbroker Robert Brandt. “There is nothing harder than being a child,” she told the publication, “and I am a product of a lot of divorces. Janet married four times, Bob four, and Tony six. It is what it is, but I think, as a result, I have always had a feeling for vulnerable children.” For years, she has supported multiple children’s charities and has since written a dozen children’s books. 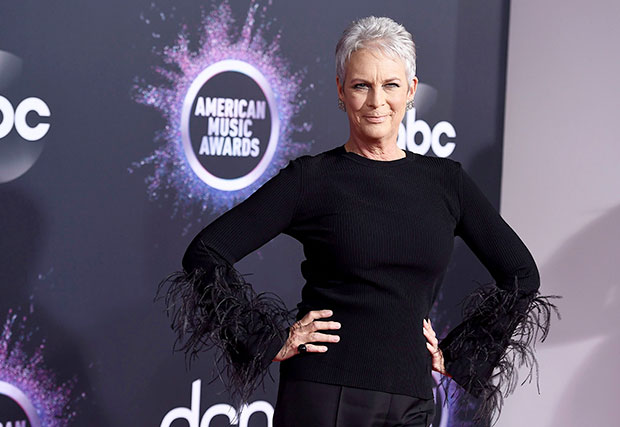 She also spoke about her life with her husband Christopher, 73. In 1984,  she was thumbing through an issue of Rolling Stone when she saw a photo of him and his costars from This Is Spinal Tap. Despite never meeting him, Jamie said out loud, “I’m going to marry that man.”

“I looked at the man on the right, wearing a plaid shirt and a waggish smirk. I’d never seen him before, but I pointed at him,” she wrote in a 2004 essay for O Magazine (h/t PEOPLE). “The next day, I called the agent, gave him my number, and told him to have Chris call me if he was interested. I waited. Chris never called.” Jamie wrote that she began to date another man, and they both knew that it wasn’t going anywhere. After dropping him off at the airport for a business trip, she drove straight to Hugo’s restaurant in West Hollywood to have dinner with friends. “As I sat down at Hugo’s, I glanced up and found myself staring straight at Chris, three tables away.” He called her the next day. They had their first date on July 2, 1984. They were married on December 18 and have been together ever since.

Jamie described herself as “a deep, serious romantic” and that Christopher is her “one and only.” For their 35th wedding anniversary, she wrote him a song with the chorus that goes: “I feel safe when I drive up and see that [he is] home.”