Selling Sunset star Jason Oppenheim put on a loving display with girlfriend Marie-Lou Nurk as they walked hand-in-hand in West Hollywood on Tuesday.

The multi-millionaire real estate broker, 45, looked smitten as he gazed into the models, 25, eyes as they made their way to lunch in LA. 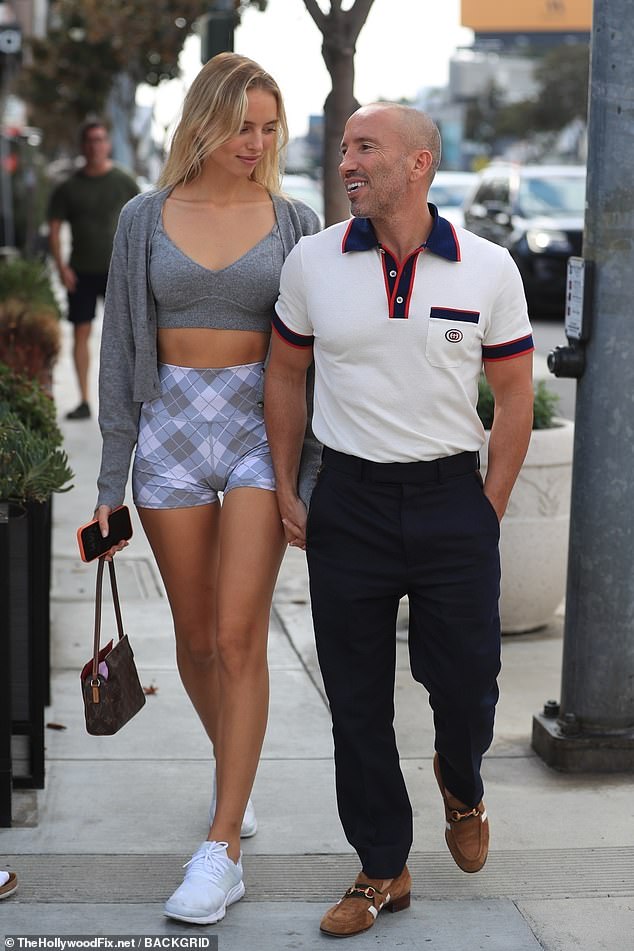 His taller girlfriend showcased her model physique in a pair of checked grey gym shorts and a matching crop top.

Beaming, Marie-Lou donned a chic coordinated grey cardigan over the number and sported a pair of white trainers. 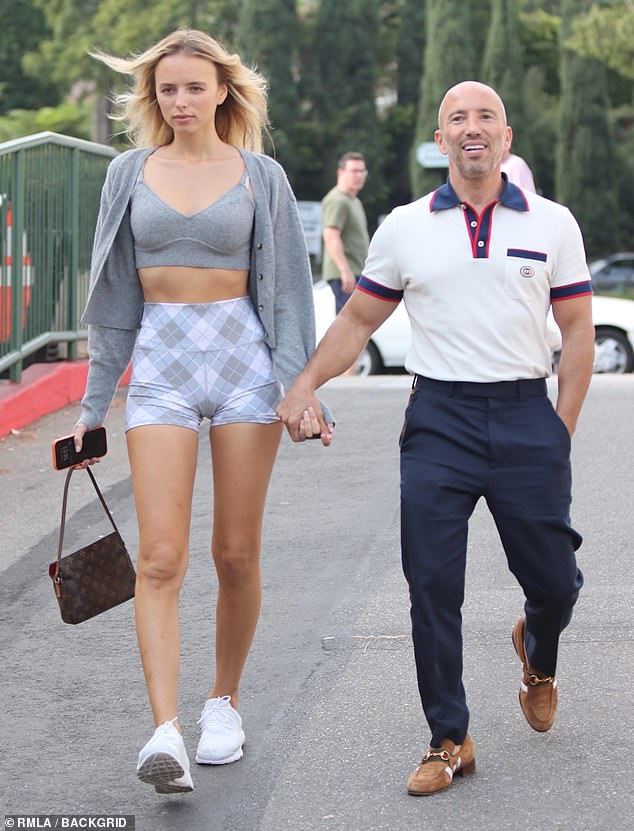 Lunch date: The multi-millionaire real estate broker, 45, donned a Gucci ensemble as he made his way to lunch in LA with the model who opted for a casual sporty grey number

The blonde beauty completed her look with a radiant palette of makeup and carried her belongings in a Louis Vuitton handbag.

Jason and Marie-Lou were first linked in August when they were pictured sharing a passionate kiss while enjoying a summer break on the Greek island of Mykonos.

The couple sparked pregnancy rumors last month after Jason was spotted planting a kiss on Marie Lou’s belly while while soaking up the sun in Mykonos once again.

The realtor, whose former relationship with co-star Chrishell Stause ended because she wanted children, was seen kissing Nurk’s tummy as he showered her with affection. 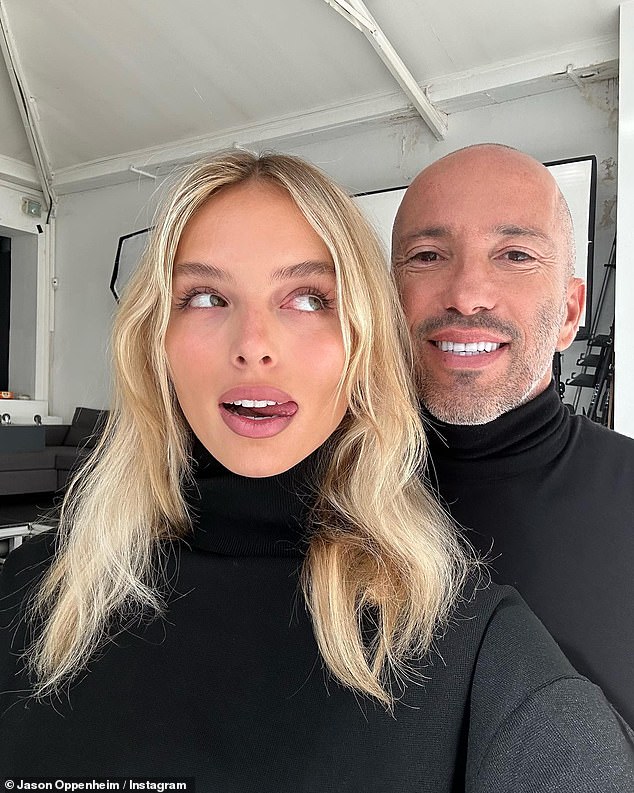 Romance: Jason and Marie-Lou were first linked in August when they were pictured sharing a passionate kiss while enjoying a summer break on the Greek island of Mykonos

However, TMZ reported the couple are not expecting but simply passionate about showing each other love.

Oppenheim stressed that he’s more open to the idea of being a husband than a father at the moment in a recent interview with PEOPLE.

‘I’m more open to being a husband than I am a father right now. I like the idea that there’s no pressure, or a thought about having to have a child with Lou. So it just makes it easy for us.’

Nurk concurred that she’s ‘not even thinking about’ having children for at least another ten years. 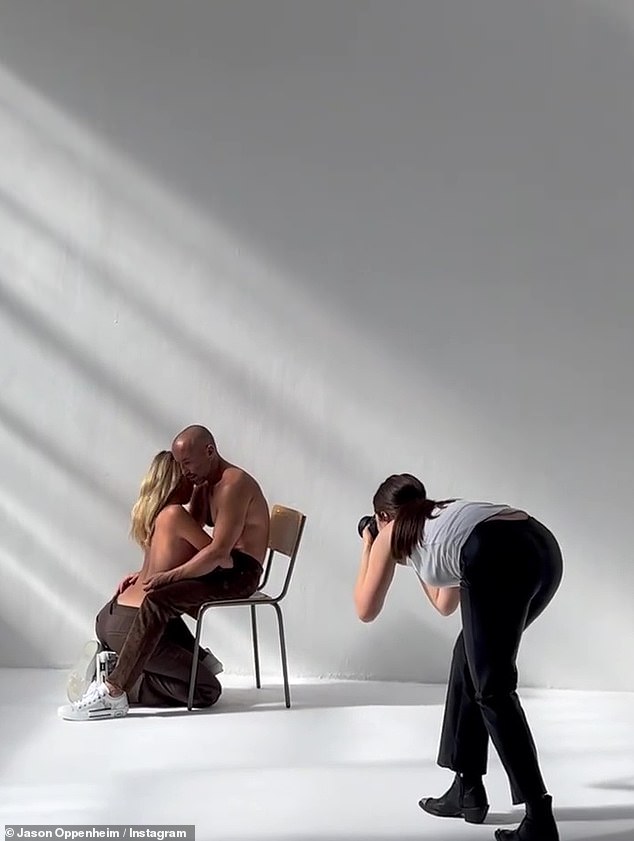 The look of love: The couple have faced pregnancy rumours after Jason kissed her tummy – but the couple are not expecting – pictured during a recent photoshoot