Home » Celebrities » Jennifer Aniston will be on last season of Ellen

Jennifer Aniston will be on last season of Ellen

Jennifer Aniston, Kim Kardashian and Melissa McCarthy rally around pal Ellen DeGeneres by agreeing to appear on her final season as show comes to an end after ‘toxic workplace’ scandal

Ellen DeGeneres will kick off the final season of her talk show by interviewing Jennifer Aniston.

The Finding Dory star will bring her long-running eponymous daytime show to an end in the coming months and the star-studded line-up for season 19 – which will have a fully-vaccinated studio audience – is headed by the former Friends star, who was her pal’s first ever guest when the program began in 2003.

The first episode will also see Jimmy Kimmel make his 20th appearance on the show, while other guests in the first week will include Kim Kardashian – who will give her first sit-down interview since Keeping Up With the Kardashians came to an end – Imagine Dragons and Tiffany Haddish. 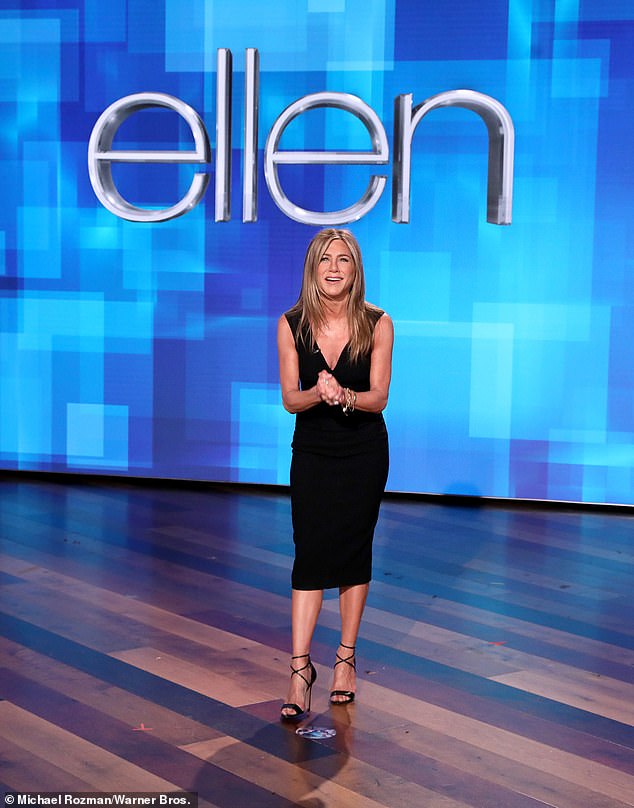 A lister: Ellen DeGeneres will kick off the final season of her talk show by interviewing Jennifer Aniston 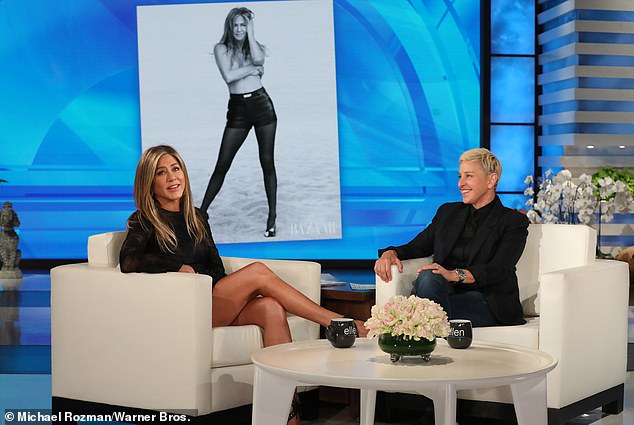 Bye pals! The Finding Dory star will bring her long-running eponymous daytime show to an end in the coming months and the star-studded line-up for season 19 – which will have a fully-vaccinated studio audience – is headed by the former Friends star

And that’s not all as later in the season Melissa McCarthy, Julianne Moore, Melissa Etheridge and Sean ‘Diddy’ Combs will be among the stars to take their seats on Ellen’s famous sofa for the last time.

Season 19 of The Ellen DeGeneres Show begins on September 13.

Throughout the final season, the 63-year-old presenter will also take a look back at some of her most memorable star guests, check in on those who featured in human interest stories over the years, and reminisce about her legendary show surprises.

Ellen announced in May she would bring the show to an end in 2022. 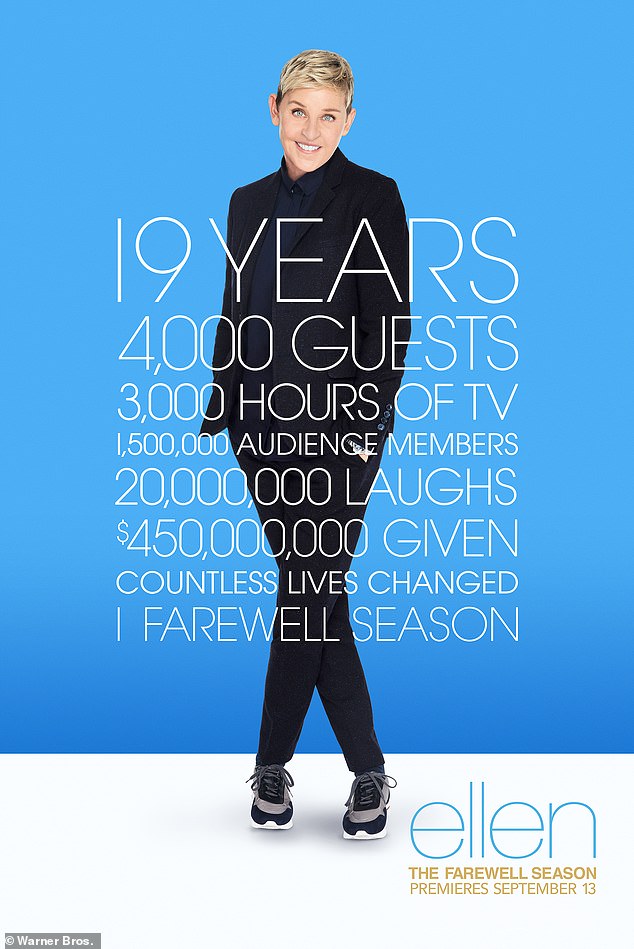 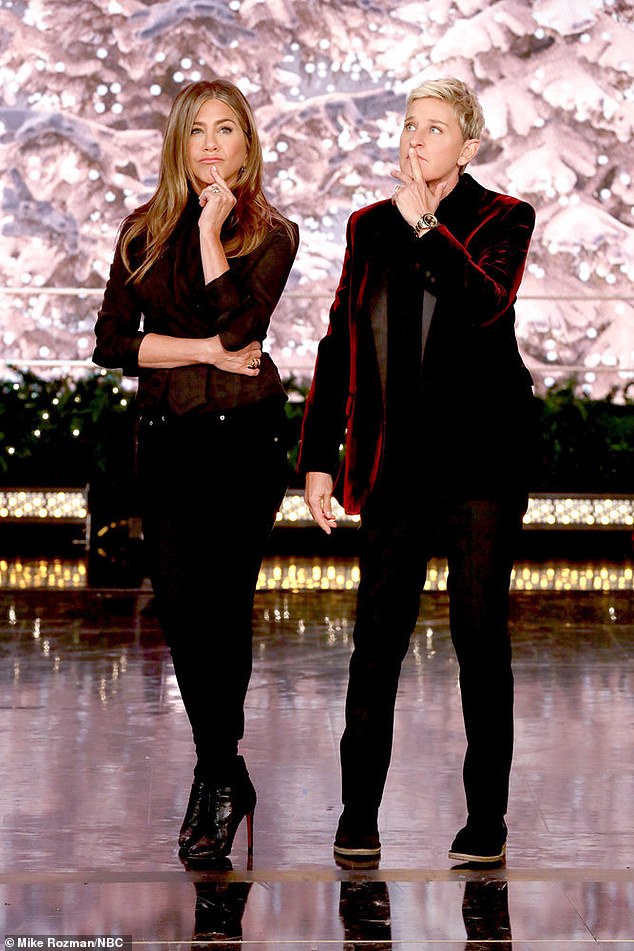 They work well together on stage: Jennifer and Ellen seen on the show; they have been friends since 2003 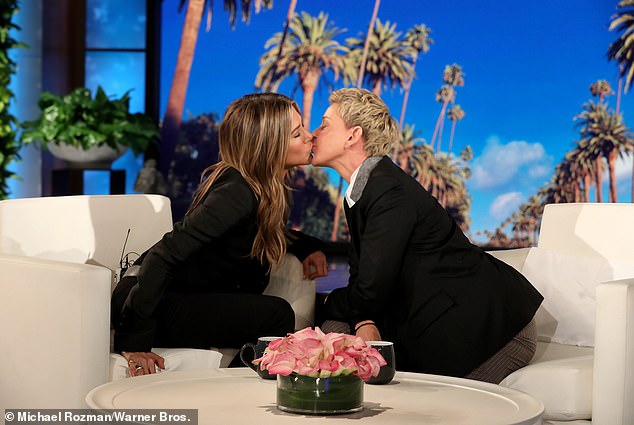 That kiss! They locked lips on one of the shows on the Burbank, California set

In a pre-recorded video from her show, shared on her Twitter account, she told her virtual audience: ‘I am announcing that next season, season 19, is going to be my last season.

‘So, the past 18 years, you have to know have changed my life,’ said the star.

Ellen also shared that she is ‘forever grateful to all of you for watching, for laughing and dancing, sometimes crying.’

And she added, ‘This show has been the greatest experience of my life, and I owe it all to you. So, thank you.’ 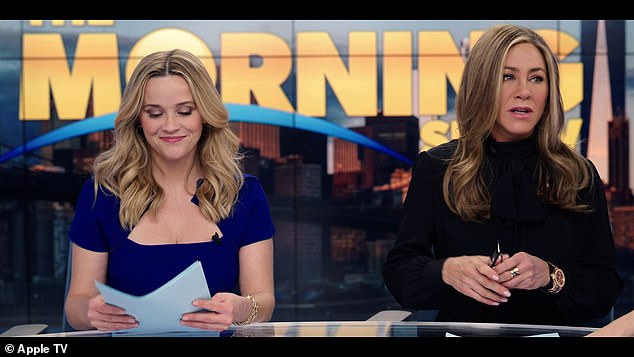 She is a busy woman: Aniston star with Reese Witherspoon on the series Morning Show

Ellen – who is married to Portia de Rossi – pondered the decision ‘for a while’, but also admitted that when she penned a three-season extension two years ago she knew then the 19th series would be her last.

She added: ‘I’ve thought a lot about this decision, I sat with it for a while. I meditated on it, I talked to Portia, I talked to myself.

‘Two years ago, I signed a deal for three more years, and I always knew in my heart that season 19 would be my last.

‘Nineteen is a great number. The 19th amendment gave women the right to vote, and I believe women should be allowed to vote.

‘You may wonder why I’ve decided to end after 19 seasons and the truth is I always trust my instincts. My instinct told me it’s time. I truly have felt like next season was the right time to end this amazing chapter. 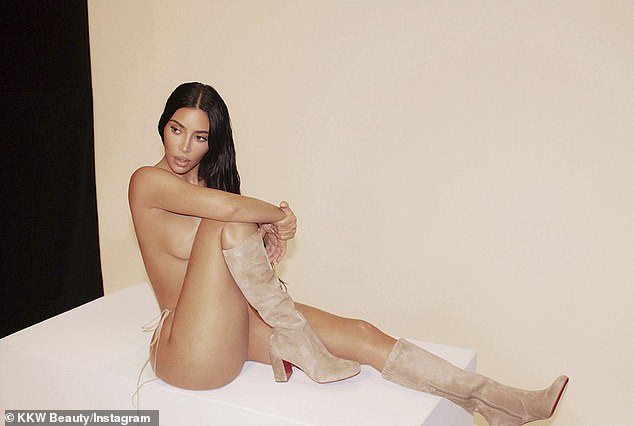 Hot guest: Kim Kardashian will also be on the show; seen here showing off her body for her Nude Essentials line

‘I promise you that we are going to have a fantastic final season. It will be a season where I truly get to say, thank you. Every day will be a celebration.’

In September, Ellen addressed the ‘toxic’ work environment allegations during the season 18 premiere.

She told viewers: ‘All right, let’s get to it. As you may have heard, this summer there were allegations of a toxic work environment at our show. And then there was an investigation.

‘I learned that things happened here that never should have happened. I take that very seriously, and I want to say I am so sorry to the people who were affected.

‘I know that I am in a position of privilege and power and I realize that with that comes responsibility, and I take responsibility at what happens at my show.

‘This is The Ellen DeGeneres Show. I am Ellen DeGeneres. We have had a lot of conversations over the last few weeks about the show, our workplace and what we want for the future. We have made the necessary changes and today, we are starting a new chapter.’